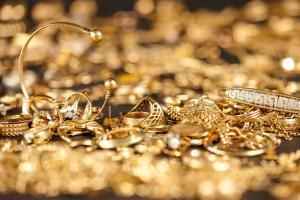 
A man, who was part of a gang whose members posed as electricians and plumbers to burgle flats, was arrested with ornaments worth Rs 10 lakh, police said on Sunday.

Rajesh alias Sumit was arrested from the Gaur Green intersection in Abhay Khand and he was a member of the Rafeeq Bengali gang of Jahangirpuri in Delhi, they said. The gang used to target locked flats in residential areas.

He has admitted to stealing ornaments and cash from locked flats, Superintendent of Police, City, Shlok Kumar, said.

On searching his bag, police recovered gold and silver ornaments, he said, adding that a car and lock breaking equipment were also seized. These were used in several crimes, Kumar said.

The gang used to target the locked flats during morning and afternoon hours. Its members used to pose as courier delivery men, electricians and plumbers, police said. Sumit, a resident of Jahanagirpuri, further told the police that last month his gang's leader Rafeeq was arrested while he was burgling a flat in Noida, according to Kumar.

The gang has committed around six dozen thefts in the National Capital Region, the officer said.

Next Story : Mumbai: Woman duped of Rs 23 lakh on pretext of getting mediclaim