How kids are trained to steal mobile phones in Mumbai 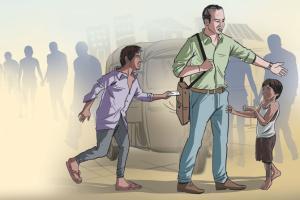 The kids strike in gangs of four. While one pretends to beg, the others swipe the unsuspecting target's phone


They may be children, but they're not kidding around when it comes to crime. Four minors arrested last month for stealing mobile phones have since revealed that they are part of a huge gang of more than 30 kids filching phones across the city and even in other states. But it's hardly fun and games; to prevent getting caught, the young felons follow strict rules, including what kind of phones to steal (no iPhones allowed), and a daily schedule of where to strike.

mid-day had reported last month how four minors - aged between 13 and 17 - were caught stealing phones in south Mumbai. The accused revealed how their entire gang operates on a well-planned system, where everything is decided in advanced, from the target areas to which phones to steal.

While one child grabs the target and pretends to beg, another flicks their phone. Two others keep an eye out for cops. Representation Pic

How they do it
The mastermind of the gang deploys the minors in groups of four, of which one poses as a beggar. The child first zeroes in on the targets, and then grabs their leg and pretends to beg in earnest. Even as the unsuspecting targets attempt to free their leg, the second group member flicks their phone. The third and fourth children are posted as lookouts for cops.

The accused said they were paid incentives anywhere between Rs 1,000 and Rs 3,000, depending on what phones they managed to nick. Samsung models are the most preferred, followed by Oppo, then Vivo and finally Mi.

What they steal
Despite the fact that the latest iPhone models are worth twice as much as the Samsung flagship phones, the mastermind has issued clear instructions to the young thieves to not touch iPhones at all. Even if they end up stealing iPhones by mistake, the kids are instructed to dump them before heading back to their homes or the gang's den.

Surekha Kapile, senior inspector at Yellow Gate police station, told mid-day, "The accused said that iPhones are much easier to locate because of a tracking feature called Find My iPhone, which can result in their arrest. Other phones don't have such an advanced feature, claim the children. We are verifying their claims."

Where they go
Even their daily schedules are mapped out depending on where crowds are expected to be thickest in the city. An officer said, "The minors revealed that their bosses have divided their duties on the basis of days of the week, or particular festivals. On Friday, they are deployed at Haji Ali, on Tuesdays, they go to Siddhivinayak Temple. On regular days, they strike the peak hour commuters at CSMT and Churchgate railway station."

The detained minors told the police that the gang is not only active in Mumbai, but also operates in other states. During the Ganpati festival, they maximise profits by striking Mumbai, Pune, and Nashik districts. During Navratri, they head to Gujarat, and on Makar Sankranti, they hit Gujarat and Madhya Pradesh. The stolen phones are smuggled to Bangladesh via Jharkhand. Many of the kids in the gang were also recruited from the same state.

The four minors are currently lodged in the Dongri children's home. In case their parents arrive to take their custody, the police will verify their identity and documents, as they fear that the gang's bosses might try to pose as their guardians. 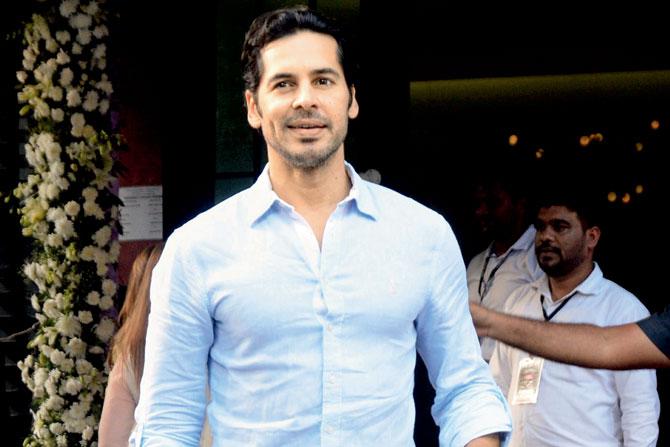 Don't mess with iPhones
The Find My iPhone feature helped actor Dino Morea track down his phone on his own after it was stolen in 2012. With the help of the app, the Bandra police arrested the culprit just hours after he had burgled the actor's house and filched his iPhone. 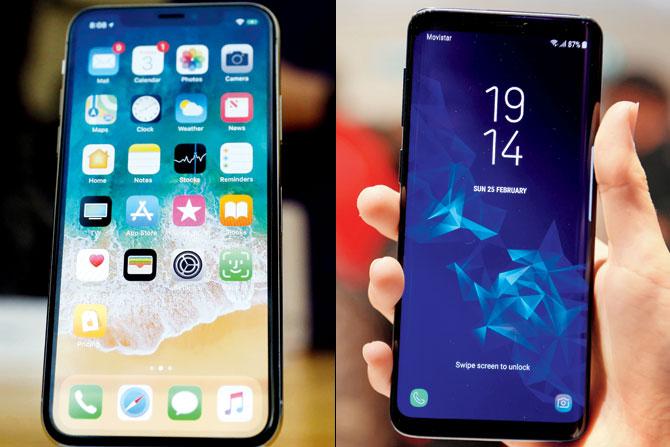 Celling points!
1. What the juavenile thieves revealed:
2. Samsungs rule this black market, too. Oppo close second, Mi not in demand.
3. iPhones are a strict no-no due to their powerful Find my iPhone feature
4. Juveniles work on an incentive-based model, earning between Rs 1,000 and Rs 5,000 Festivals - across religions - are big days for the phone thieves
5. They hop from town to town on trains with their handlers looking for big pay days
6. Stolen phones are routed to black markets in Bangladesh via Jharkhand

Next Story : Mumbai Crime: Robbers ready to kill for mobile phone at Borivli