According to Maharashtra cyber cell, the meeting was organised with the help of Indian cyber coordination center, an agency under the Union Home Ministry where officials had interactions with top officials of at least 40 banks and payment gateways 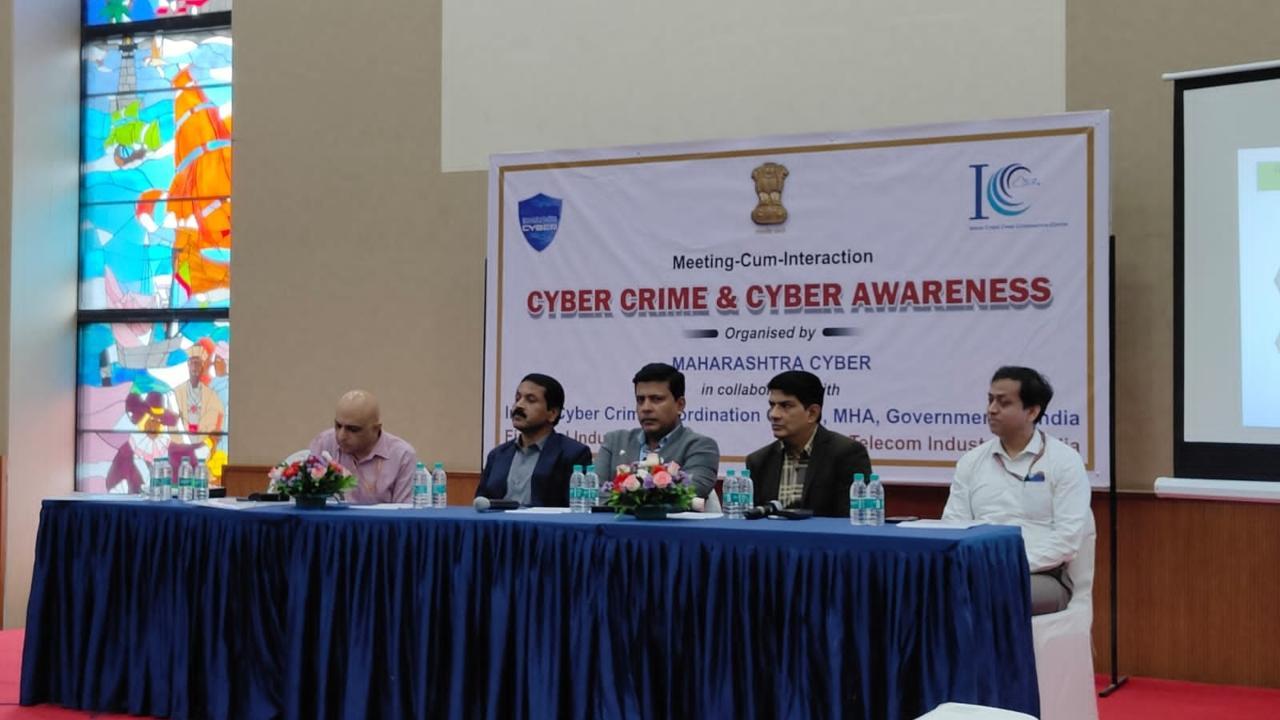 The meeting the was held by Maharashtra cyber cell


The Maharashtra cyber crime cell along with Indian coordination center on Wednesday held a meeting in Mumbai with top banks, telecom companies and payments gateways, an official said. The top officers from the Maharashtra cyber cell were preset at the meeting and took suggestions to strengthen the present policies and coordination with the police officials, dealing with cyber fraud offences, the official added.

According to Maharashtra cyber cell officials, the meeting was organised with the help of Indian cyber coordination center, an agency under the Union Home Ministry where officials had interactions with top officials of at least 40 banks and payment gateways.

”It was an interaction with bank officials where we have explained them how their timely intervention can help us to reduced number of cyber fraud cases and help the victims to get their money back,” said Madhukar Pandey, ADG, Maharashtra cyber cell.

”Another problem we face is that if the victim is having his account in other states then the nodal officers if available in Maharashtra have to coordinate with the other state which delays the golden hours, we have requested the bank to look into these internal issues and come up with some policies where we can have a centralised system to coordinate with any state police,” Pandey added.

The Maharashtra cyber officer also interacted with the banks on how the information sharing system delays a lot during the course of investigation and this helps the fraudsters to run away from their clutches.”We also requested the bank to come up with such mechanism which will ensure that the information provided at pethe preliminary statue of the investigation should be made available earliest.” Pandey further added.

"During the meeting, the officials payment gateways such Paytm, Phone Pe, Flipkart, Pay you etc were also present. The officials highlighted how the fraudster are using different UPI accounts siphoned the fraudulent amount. Speaking to them, the officials also asked the availability of nodal officers 24/7 from all payments gateways so the money can be saved at crucial stage before it gets transferred to some other accounts or the fraudsters buy some digital vouchers," he said.

The SIM card providers such as JIo, Airtel, Vodafone, MTNL and BSNL were also the sort of the meetings.

”The discussing with the sim providers was mainly the use of different SIM cards by fraudsters using single Aadhar card . We have asked them to further strengthen their mechanism to prevent cyber fraud,” Pandey said.

The cyber officials during the course of investigation have found multiple SIM cards were issued on single Aadhar card without proper verification and hence the SIM card officials were also called during the cyber awareness  meeting.