The family of the woman was allegedly not happy with the marriage and, hence, they abducted their son-in-law and daughter before thrashing them 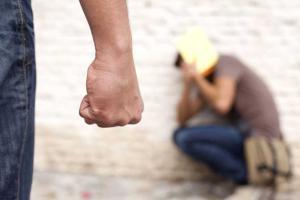 In a shocking incident of moral policing, a young couple was thrashed by their families in Madhya Pradesh's Hardaspur, after they had eloped to get married. It is believed that the family of the woman was allegedly not happy with the marriage and, hence, they abducted their son-in-law and daughter before thrashing them.

The woman was stripped and her hair was chopped off. The couple was also forced to drink urine. Reflecting on the incident, the man said, "They did this as we had eloped and got married." The police have been informed and a case registered against six. Two of the accused have also been arrested.

In a similar incident, members of the Hindu Yuva Vahini founded by Chief Minister Yogi Adityanath on Wednesday barged into a house and allegedly roughed up a Muslim man and a woman belonging to another faith after they were found together. Yogi Adityanath had recently instructed police not to harass "innocent" couples after some unsavoury incidents involving anti-romeo squads.

Police said the youth brigade created a ruckus after some local residents informed them that the man had called the woman to his friend's rented accommodation. The activists told police that the two were allegedly found in an objectionable position. While the woman was released after warning, the man, who is a resident of Muzaffarnagar, was booked on charges of obscenity

Next Story : 28-year-old lover stabs woman to death for refusing to marry him