The accused was identified as Viren Harijan, and the deceased, Ganesh, lived with their family in Kalyan 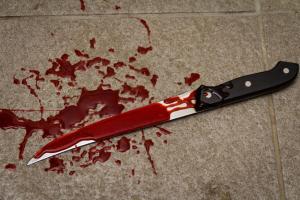 
The Kalyan police arrested an Amarnath resident for stabbing his elder brother to death with a screwdriver on January 1. The accused was identified as Viren Harijan, and the deceased, Ganesh, lived with their family in Kalyan.

According to the police, the brothers had a dispute over some personal matters a couple of days ago and on Tuesday, Viren got into a fight with Ganesh. "He stabbed him several times during the fight and fled," a police officer, told Times of India.

Bhuvaneshwari, Ganesh's wife filed a complaint against Viren after which the police started the investigation and arrested him. "He was hiding in a forest in the Ordinance factory area", said crime branch officer Mahesh Tarde told the website.

In a similar murder case, a 36-year-old man allegedly killed his 30-year-old brother in Bandra after an altercation broke out between the two on Thursday, said the police. The accused was arrested on Friday after the siblings' mother reached Bhabha Hospital, where he was declared dead on arrival.

The accused identified as Asif Shaikh had an altercation with his brother Riyaz Shaikh who came home under the influence of drugs. Asif, who is also a drug addict, had an argument over a monetary issue. Soon the argument turned intense and in a fit of rage, Asif tied a rope to the ceiling of their house and the other on his brother's neck and hanged him. The alleged incident occurred at their home in Rahul Nagar area of Bandra West when their mother was away, said the police.

Their mother, who came home later, was shocked to see Riyaz hanging by the ceiling, and first confronted Asif before rushing Riyaz to Bhabha hospital where he was declared dead on arrival.