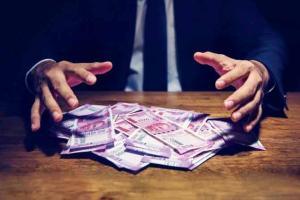 In the first instance, a 57-year-old man, who had recently lost his job, was duped of Rs 3.13 lakh after putting up his application on an online job portal on July 6. The man, who stays with his wife and daughter in Andheri, said in his police complaint that he received an email from overseasjobs.com that contained a job offer for him.

“Soon after, the person contacted me on my mobile and demanded money on the pretext of paying for biodata fee, skype fee, interview fee, and various other reasons,” he stated in his complaint. He paid Rs 3.13 lakh to the fraudster.

In a similar incident, a 30-year-old Worli resident lost Rs 1.86 lakh on the pretext of getting his registration fee back from an online job portal. The man had applied for a job on an online portal on July 8 where he paid Rs 5,500 as registration fee. Even after paying the money, he was getting limited access to his account, after which he filed a complaint with the portal.

According to the police, a man posing as an executive contacted him and asked him to fill a form through which he could process the refund and also asked for his bank account details. After filling the form, an one-time-password (OTP) was generated on his registered mobile number. When the man told the OTP to the executive, he realised that Rs 1.86 lakh got debited from his bank account in ten different transactions. The man then approached Dadar police and filed a complaint after which a case was registered.

In another case, a 35-year-old overseas job aspirant lost Rs 1.76 lakh to fraudsters on the pretext of a job offer. The man told in his statement to the police that he had received an email on December 13 about an overseas job offer to which he responded. He then received a call from a man posing as an executive of the company who asked him to transfer the said amount as visa processing fee and payment for passport and transport.

The executive also claimed of having an office in Bandra Kurla Complex. When the complainant went to the given address, he realised that the office does not exist and he was duped. He then approached Dadar police station and filed a complaint last week.

Next Story : Shocking! 19-year-old girl arrested for staging her own kidnapping