With the arrests the Kalwa police in Thane have claimed to make a recovery property worth over 2.3 lakh 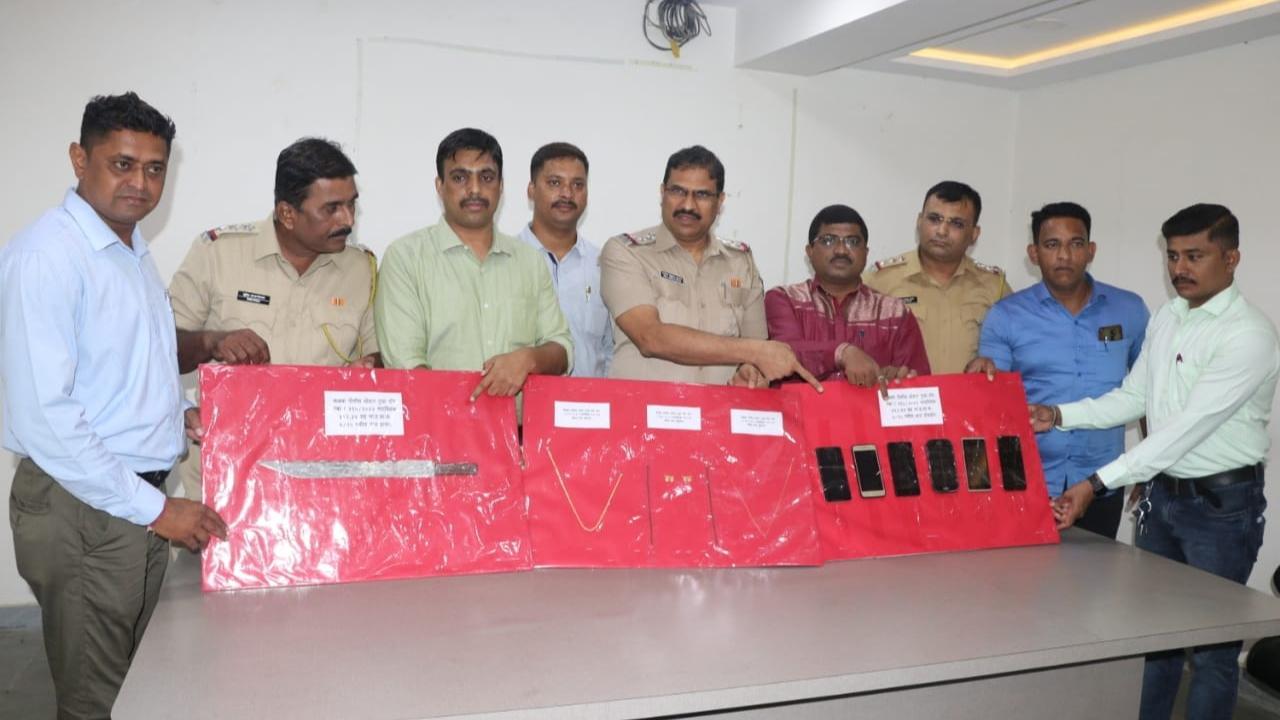 Kalwa Police with the recovery made from the accused. Pic/ Kalwa Police


The Thane police have arrested three accused after a long chase on the bridge near Kharegaon railway crossing. The police said the trio had been allegedly involved in at least five cases of robbery and chain snatchings. With the arrests the Kalwa police in Thane have claimed to make a recovery property worth over 2.3 lakh. The police are now investigating the matter to identify their involvement in cases in neighbouring areas.

According to the police, the Kalwa police had initially registered an FIR on 17 May 2022 after a complainant approached them and stated that while he was walking on the Kharegaon railway bridge, he had been robbed for his cash and a mobile phone by three people who had threatened him with a sharp weapon. The Kalwa police which had recently formed a special team to investigate chain snatching and street robbery cases were too informed about the incident.

"On the intervening night of 17 and 18 June around 3am, the detection staff of the Kalwa police spotted the trio on their bikes. On suspicion, they asked the trio to stop but they began to ride, in an attempt to flee away from the spot. The officials then began to chase them and after a brief chase the trio was caught," said a police official.

Also Read: Wandering on street late night in city when there is no curfew in place is not an offence: Mumbai Court

He said the trio were detained and were questioned regarding the robbery which had happened on the Kharegaon railway bridge and after sustained interrogations, they confessed to having committed the crime. Further investigations revealed that the trio had also been involved in several other cases including chain snatchings and the police was successful in making a recovery of properties including gold jewellery valuing Rs. 2.3 lakh rupees."

The police said those arrested have been identified as Ganpat Gullar, 21, Aman Jaiswal, 19, Harinder Yadav, 19. They were produced before a court which sent them in police custody."

Next Story : Mumbai reported average of 98 deaths/day due to heart attack between January-June 2021: RTI report