Video: Woman jumps in front of local at Ghatkopar then disappears

CCTV footage shows woman jumping in front of local train at Ghatkopar station and then vanishing from track. Mumbai police has no clue where she came from and commuters are also left baffled 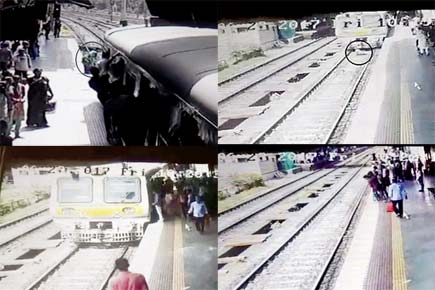 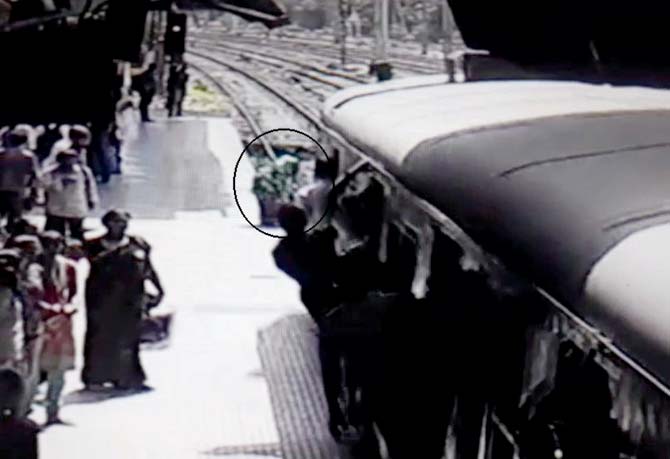 Unidentified woman moments before leaping in front of the train

What if you saw a woman jump in front of a train, and then mysteriously vanish? Commuters at Ghatkopar station are trying to wrap their heads around an incident that occurred on June 23, when a woman jumped on to the tracks in front of a local train. Expecting to see a mangled body, the commuters were baffled when they found no trace of her after the train had moved on.

The incident took place on Platform No. 1 at Ghatkopar station. 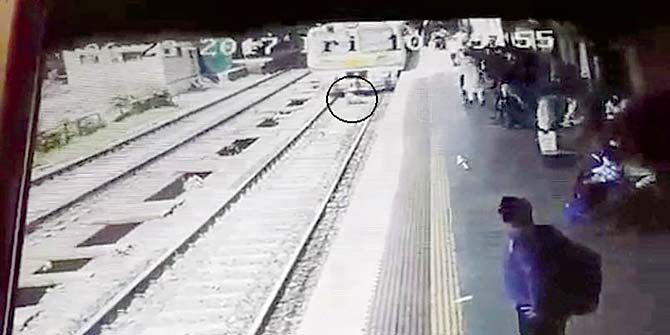 The train goes over her

CCTV footage acquired by mid-day shows commuters waiting for a local. At 10.20 am, when the train pulls in, a saree-clad woman, walking precariously close to the edge of the platform, leaps before it and disappears under the train. The motorman rams the brakes, but one coach has already passed over her. The ensuing commotion and chaos indicates that the commuters have seen her jump. After a few minutes of trying to figure out where the body is, the motorman moves the train out of the platform. Commuters who suspect that she had been killed or grievously injured, find no trace of her. 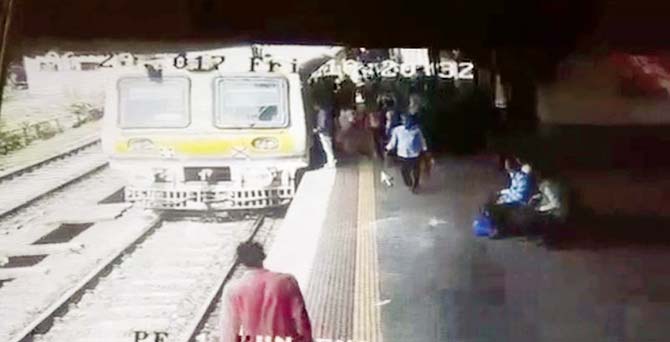 Train halts after the incident

Sources from the Railway Protection Force say it's possible that the woman may have come out from under the train, and walked towards Platform No. 2, before leaving the station. But, from the CCTV footage, it seems as if she had wanted to take her life.

Commuters peer over platform to look for woman

However, Ashok Bhorade, senior police inspector, Government Railway Police (GRP), says the incident had not been reported with his department. "We didn't receive any such information from the stationmaster or commuters," he says.

Next Story : Mumbai cares: Inebriated, bleeding biker saved in the nick of time