On one hand environmentalist and citizen groups are fighting tooth and nail to preserve the greenery inside the Aarey Milk colony, on the other trees are being chopped indiscriminately 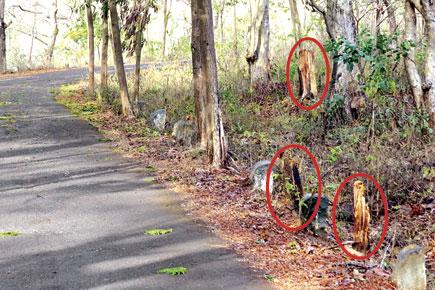 On one hand environmentalist and citizen groups are fighting tooth and nail to preserve the greenery inside the Aarey Milk colony, on the other trees are being chopped indiscriminately. 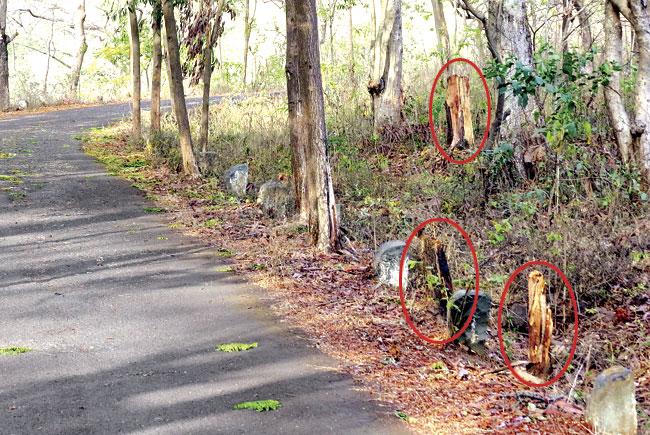 Though more than 10 tress were hacked in the last 10 days, Aarey Milk Colony authorities seem to be least interested in nabbing the culprits. The trees were chopped along the road that leads towards the Aarey Guest House. Expressing their anguish over the fast diminishing green cover in the colony, locals blamed apathetic attitude of the Aarey Milk Colony authorities in saving the forest.

Wildlife enthusiast Imran Shaikh said, “Around 10 years ago, the green cover in the milk colony was denser than what it is today. All thanks to the lackadaisical approach exhibited by the authorities in initiating against those cutting the trees. Several slum pockets have mushroomed inside the colony and nothing is being done about it. If this continues, then the city will soon lose one of its few remaining green lungs.”

Another local claimed that most of the trees are chopped under the cover of dark and the 10 trees that were chopped in the last two weeks were over 10-feet-tall. “Patrolling needs to be increased during nighttime so that the culprits can be nabbed,” he said.

Officialspeak
Aarey Milk Colony Chief Executive Officer (CEO) L R Bhosale said, “We haven’t given any permission to cut trees and we ensure that the trees are well-protected because they are our responsibility. Chances of locals chopping trees are extremely high. We will see to it that such incidents aren’t repeated in the future.”

Next Story : Back on track: BSPCA to reopen its surgical ward in July