Drugs case: Bollywood round by NCB up to resume from Monday

The propensity to use curated marijuana buds, cocaine, MDMA and other synthetic tablets was commonplace in this drug circuit in B Town 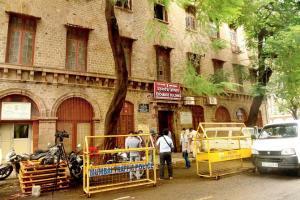 
Sources close to developments in the major drug expose in B Town are close to calling key producers, directors, actors, actresses and other film personalities for questioning next week onwards. The Sushant Singh Rajput suicide, now mired in various layers of controversy, is seeing major activity on the drug front.

The sustained interrogation of siblings Rhea and Showik Chakraborty has revealed that around 20 such people were involved in the consumption and use of these drugs. The propensity to use curated marijuana buds, cocaine, MDMA and other synthetic tablets was commonplace in this drug circuit in B Town.

While several names have already been bandied about, the questioning of these 20 people is likely to begin from Monday onwards, enlarging the scope of the investigation which is now essentially a high-profile drug case under the auspices of the Narcotics Control Bureau (NCB). Once people from outside Sushant Singh Rajput's inner circle are brought in for questioning, more grime and dirt is expected to emerge.

This major happening comes after the arrest and custodial interrogation of many in Sushant Singh Rajput's inner circle. Showik and House Manager Samuel Miranda have confessed that they were arranging drugs for the late Bollywood star and facilitating their delivery as well. Moreover, Rajput's personal staffer Dipesh Sawant, who is also arrested, procured drugs for him. Miranda and Showik have been booked for illegal possession, transportation and consumption of contraband. So far, the NCB has arrested 18 people in the case and several of them are on remand.

Unfortunately for the prime investigating agency NCB, its key functionary leading the probe has tested positive for Covid which has delayed the ongoing investigation. The questioning of Sushant's former manager Shruti Modi on Wednesday was also dropped due to the same reason. NCB sources revealed that the probing officer is improving and the investigation will resume in full swing once he recovers completely.

The investigation has also revealed the existence of major cartels in Goa and Mumbai which are supplying these high-end drugs to B Towners. The mules and their overseas linkages are also unravelling.

Those arrested have had their mobile CDRs, Whatsapp chats and e-mails under scrutiny and every day new dirt is turning up. Sufficient evidence is now available to rope in 20 more B Towners for questioning. Thereafter building cases against them will not take too much time.

In the NCB's remand application, the apex anti-drug agency has alleged that Rhea and her brother Showik were active members of a drug syndicate. The NCB said that Rhea's brother Showik was procuring drugs from Abdel Basit Parihar and Kaizen Ibrahim on behalf of Rhea.

According to sources, during subsequent investigations, the NCB discovered that Parihar and Ibrahim were linked to a top drug cartel active in Mumbai. The cartel, through Parihar and Ibrahim, was supplying drugs to other Bollywood-linked persons living in Mumbai's Bandra, Juhu and Andheri neighbourhoods.

Earlier, the NCB had arrested another drug trafficker Fayaz Ahmed in Goa on September 2, who was also supplying drugs to Bollywood personalities. During Fayaz's questioning, the agency unravelled the entire network and the Bollywood-drug mafia nexus. Ahmed revealed that drugs were being transported by means of parcels through the Foreign Post Office in New Delhi.

Next Story : Maharashtra government to recruit medical students to work in hospitals