On August 17, around 4 am, Spicejet’s Dubai-bound flight SG13 was forced to return to Mumbai before entering Muscat Airspace 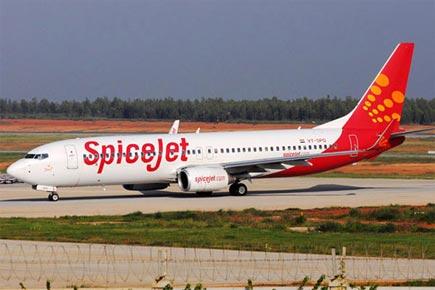 On August 17, around 4 am, Spicejet’s Dubai-bound flight SG13 was forced to return to Mumbai before entering Muscat Airspace. According to airline officials, the flight departed at 1.35 am on Monday, 40 minutes later than its Expected Time of Departure and returned to Mumbai at the time it should have landed in Dubai.

The Boeing 737-800 (twin-jet) was carrying 179 passengers on board along with six crew members. It returned to Mumbai at around 4 am. The flight had to return midway as instead of having dual Flight Management Computers (FMCs) the aircraft allegedly only had a single FMC.

This, officials said, goes against the rules of flying in Muscat airspace and, hence, the aircraft wasn’t allowed to enter it on its way to Dubai, and had to make the return journey to Mumbai airport. SpiceJet then made arrangements for an alternative aircraft.

All the passengers were then transferred to this aircraft and the flight finally took off around 8 am on Monday. SpiceJet’s spokesperson told mid-day, “It is emphasised that our aircraft was fully compliant and approved to fly in Muscat Airspace. Muscat control has turned back the aircraft without sufficient cause.

The instruction to ask the flight to turn back was irregular and is being taken up with the concerned authorities. We are strongly taking up with Muscat agencies to establish the cause, but no response has come from that end.” He added, “A valid flight plan with correct information was filed with the ATC.

The routing as well as flight level was in full compliance with the existing instructions of AIP (Aeronautical Information Package) India. There was no shortcoming of the Flight Management Computer on board. All on-board equipment was serviceable to fly in Muscat airspace, which is RNAV 5 airspace. All our aircraft are approved to fly in RNAV 5 airspace.”

Speaking to mid-day, a senior pilot explained, “It’s the pilot of the aircraft who declares to the concerned airspace if any of the two computers in the Flight Management System (FMS) fails to work or shows some error. It’s basically a safety measure taken by the pilot so that if any untoward incident takes place, the pilot wouldn’t be held responsible after declaring it to the concerned authorities.”

A senior Captain added, “Either the airline had some issues in filing the flight (details), or over-flight permit from the Muscat airspace was not received. If the authorities asked the aircraft to return to Mumbai, the Muscat controller definitely must have given them a reason to do so.”

Aviation expert Vipul Saxena said, “In such situations, ATCs usually provide assistance/priority on landing etc., if needed by the pilot.” He added, “The matter seems to be an issue of non-compliance of norms agreed between two contracting states (countries) which can be ascertained only once the DGCA investigates the incident.”

Next Story : Teaching teachers the basics of English!