Twelve days after his bike was stolen from his uncles place in Kamothe, an e-challan has brought some hope for a Prabhadevi resident 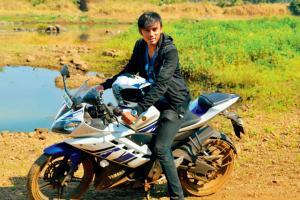 Chetan Devkar wiith his bike that was stolen on June 18


When a Prabhadevi resident recieved an e-challan on Monday, he was overjoyed. That's because the e-challan has helped Chetan Devkar find out the whereabouts of his bike 12 days after it was stolen.

Speaking to mid-day, Devkar said, "My maternal uncle Kamlesh Mayekar, 47, lives in Kamothe, Navi Mumbai and works with Bhabha Atomic Research Centre (BARC). As public transport is shut due to the lockdown, my uncle had taken my bike to commute to his workplace." 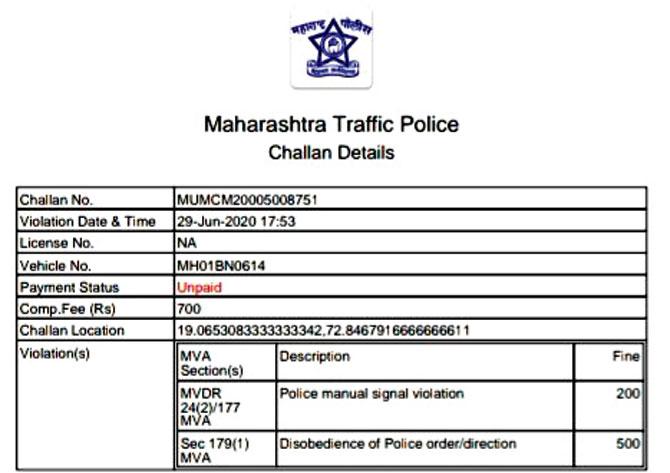 Screenshot of the e-challan issued against Chetan

"On June 5, after he came back from work, he had parked the bike outside his building. However, when he was leaving for work on June 18, he could not find the bike. He searched for the bike all over, but could not find it. Finally, he approached the Kamothe police station and registered a complaint. The police registered the FIR under IPC Section 379 (punishment for theft). While the Kamothe cops were probing the case, I got an e-challan message on Monday stating that I violated police manual signals and disobeyed police orders/directions on June 29. I immediately approached the investigating officer PSI Mansingh Patil of Kamothe police station," he added.

"BKC cops had barricaded a few roads to stop people from roaming around unnecessarily amid the lockdown. It was during this that a police officer tried to stop a biker, but the rider fled after dodging the barricades. However, the duty officer managed to write down the bike registration number and later issued an e-challan on the registered mobile number of the bike owner," PSI Manshing Patil said.

"We went to BKC and have asked the traffic and local police for the CCTV footage. Once we get a clue, we will act accordingly," he added.

Next Story : Mumbai: Smaller salons get PPE suits but no business