While urinating in a public place attracts a fine of Rs 200, it may cost this 14-year-old boy, a resident of Mahim, far more dearly, as he stands to lose his manhood 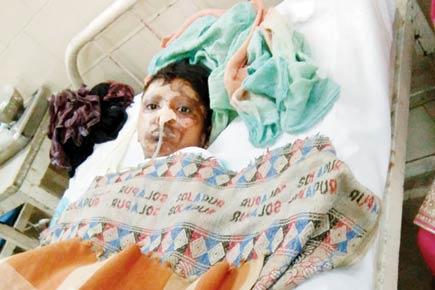 While urinating in a public place attracts a fine of Rs 200, it may cost this 14-year-old boy far more dearly, as he stands to lose his manhood. 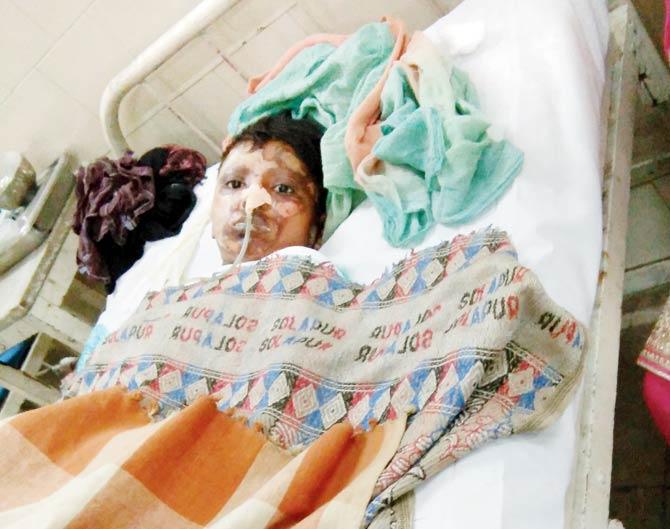 Around 4 pm on January 16, 14-year-old Hussain Salim Khan relieved himself on the public bridge at Mahim station, while crossing it. He urinated directly on an overhead wire and burnt himself. Locals rushed him to Bhabha Hospital, and he was moved to Sion Hospital later on. Hussain has sustained 50% burn injuries.

The boy, a resident of Nayanagar in Mahim, is currently admitted in the surgical unit of the Sion Hospital. The doctors have said the burn injuries caused by the electrocution have left him in a critical state. The injuries may also affect his reproductive system at large. When mid-day spoke to the boy about the episode, he said, “I didn’t see the wire.”

Hussain’s father Salim Khan said that his son was standing on the bridge and while urinating, he accidentally came in contact with the overhead wires. Salim works in a shop in Andheri and got to know about the accident from the locals, who had rushed Hussain to the hospital. “I was at work and the people who admitted him, told me about the case. They took him to the Bhabha Hospital in Bandra for treatment. When I reached Bhabha at around 8.30 pm and saw his condition, I decided to shift him to Sion Hospital for further treatment,” said Salim.

Doctor speak
The doctors at Sion Hospital confirmed that Hussain has sustained around 50% burn injuries, which are deep and concerning. They also suspect that the accident may affect his reproductive system permanently.

“We cannot comment on it as of now, as the treatment is ongoing. His condition is still critical and he has been kept under observation but there is a great chance that the incident might affect his reproductive system,” said a doctor from the hospital.