Mumbai: Neighbours attack man for asking them to move bike

A 45-year-old man was brutally assaulted by four people in Worli over an argument about parking. The man, who is a contractor with PWD, is currently admitted in hospital and recuperating 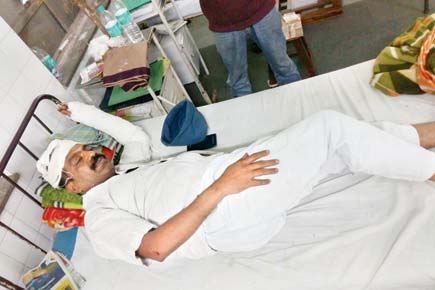 A 45-year-old man was brutally assaulted by four people in Worli over an argument about parking. The man, who is a contractor with PWD, is currently admitted in hospital and recuperating. The Worli police have arrested one accused in the case and booked him for assault, while others are at large. However, the victim and his brother want the police to book them for attempt to murder as well.

Also Read: Man beaten up for not giving directions 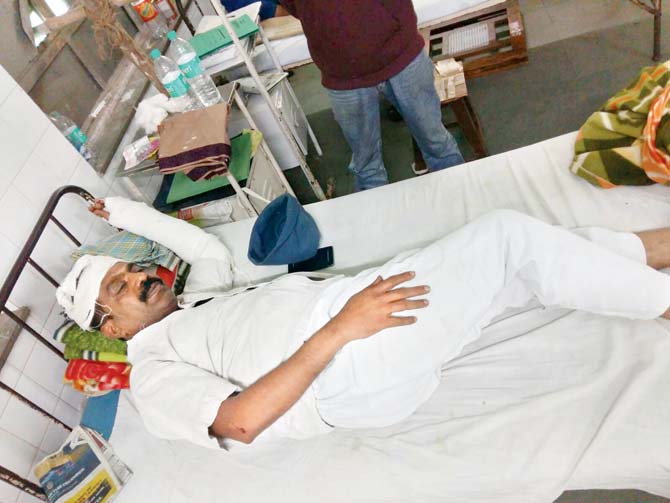 Sharnappa Bhandari, the victim, is a resident of BDD chawl in Worli where he resides with his wife, Laxmi and four children. According to his brother, Santosh, who is also a contractor with PWD, the victim had come home at 9 pm on the night of January 2. Santosh stays nearby and they have been living there since past nine years. 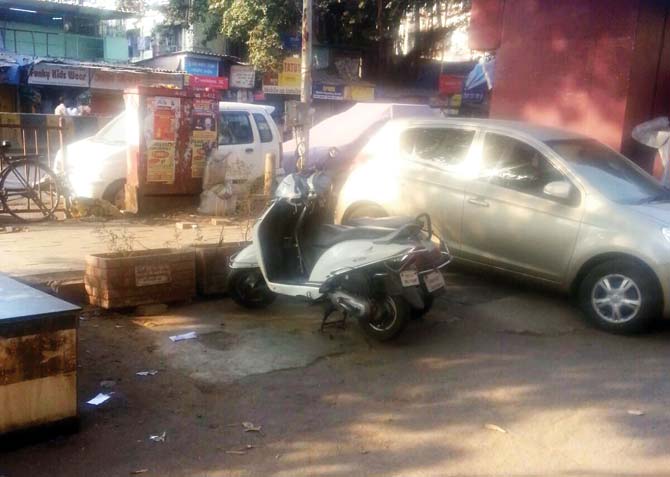 The spot where Bhandari was assaulted

Sharnappa said he saw two parked bikes taking up the space of four bikes, at the spot where he usually parks his. When he asked his neighbour to move one of the bikes so he could park his, the neighbour refused and started arguing. Sharnappa claimed the neighbour’s brothers also came out and started yelling at him. “They said, “Yahan park nahin karneka, nahi to tera bike jala dega and tujhe bhi maarega,” (Don’t park here or we will burn your bike and beat you up). There were heated arguments between us.”

Sharnappa was dragged indoors by his wife. After a while, around five people, the neighbours and a friend, arrived and began to yell at him, took him outside and assaulted him. “One hit me with a helmet, another had a sickle and one had a pipe. One of them was about to hit me on the head with the sickle, but I put my left hand in between, and it was slashed and fractured.” He claimed that when his son and daughter came to help him, they too were assaulted. His wife was also attacked by the accused. He wants strict action against the accused and said, “I want the police to apply section 307 of IPC (attempt to murder).”

Santosh later took his brother to Poddar hospital and then to KEM hospital. Yesterday a surgery was done on Sharnappa’s left hand and he is currently in ICU. Santosh added, “The incident was terrifying. The accused could have killed my brother. But the cops have not put an attempt to murder section in the matter, and have arrested only one accused. Their action is very questionable.”

However investigating officer API Anil Rokade said, “The injuries are minor, it does not account to attempt to murder. We had a discussion with seniors about the same.”