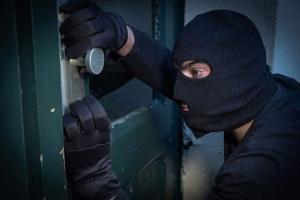 
It was the perfect plan to loot a co-operative bank on a holiday and make off with the gold and cash inside the vault. But, the thieves' grand plan failed when they came up against a second vault inside. Thinking they couldn't cut open this vault, the thieves ran away but not before taking the DVR of the CCTV cameras and the monitor. The Mankhurd cops have registered an offence against unknown people.

On Monday morning, when a peon, Vinayak Jadhav, who works in The Hindustan Co-operative Bank Limited, Mohite Patil Nagar branch, Mankhurd, opened the gates of the premises on June 29 morning around 9.30am, he found something amiss. The electricity had gone and the locker room of the bank was open. He immediately contacted the branch manager Shrirang Metkari.

Metkari rushed to the bank and found that one vault had been cut open but the second vault that contained mortgaged gold ornaments and cash was intact. He then called the Mankhurd cops. "It was an attempt, but with a perfect plan. They had succeeded in getting right up to crores of valuables but their preparation went for a toss because of the second vault," said an officer from Mankhurd Police station.

During investigation it was discovered that the accused entered through the roof of the bank. "We suspect two to three people were involved," said another officer. "The thieves must have been exhausted or must have run out of time as they fled from the bank," the officer added.

A watchman deputed at the ATM said he had heard a sound but didn't pay much attention. According to sources, there was R2 crore in cash and 60 kg of mortgaged gold ornaments. The cops have screened hundreds of CCTV footage in the the area and have got one in which a man and the shadow of another are visible.

"The CCTV footage has given us some clue. The people involved in the crime must have done a thorough recee of the place. We are confident of nabbing," said Kishor Kharat, (in-charge), senior inspector of Mankhurd police station.