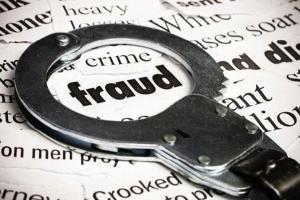 
Cyber police on Monday arrested a 25-year-old man, who represented Paytm, for allegedly stealing money from the payment app’s customer accounts. The police found a list of user Ids and passwords of over 350 customers in the field sales executive’s possession.

As per a report in Mumbai Mirror, police suspect that he and his accomplices used the illegally acquired information to siphon money. The accused has been identified as Mohammed Munna Ansari, a resident of Ghatkopar.

Police said Ansari was working as a third party for the company. He would con customers under the pretext of resolving technical errors on the Paytm app or helping them link the app with their bank account. Police said he would memorise or change passwords and later log into the customer accounts and siphon the money. They said his job profile involved introducing the app to local traders in the Andheri area and to help them install the application.

The incident came to light when an Andheri-based milk shop owner, Rajesh Patel, lodged a complaint with the cyber police in September when about Rs 50,000 being deducted from his bank account. “We are trying to trace his accomplices" said Balsingh Rajput, superintendent of police, Maharashtra cyber cell.

A Paytm spokesperson said, "We have received information about a contractor who allegedly copied a merchant’s credentails while he was typing a password and misused it for personal gain. We would like to put on record that this person is not an employee of Paytm. We are cooperating with the Maharashtra Cyber Police to provide them with the required information and are extending our full support to the investigation.”

Ansari will remain in police custody till October 21.