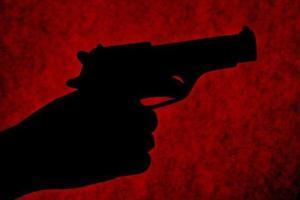 
A 55-year-old woman was kidnapped from Ulwe and shot dead in the vehicle on Monday afternoon. The woman’s body was found at a construction site 1.5 km away from the spot from where she was picked up, The Times of India reported.

The deceased, identified as Prabhawati Bhagat was waiting for her husband inside their car parked outside a Maharashtra Bank branch at sector 19 in Ulwe. Her husband, Balkrishna Bhagat (62), a retired Mazagaon Dock employee, had gone to the bank.

According to the police, when Balkrishna, a resident of Shelghar village, came out of the bank, he found the car and his wife missing and searched in the area. He also informed his son, who reached the spot and joined his father to search his mother.

Senior Inspector of NRI Coastal Road police station, Tanvir Shaikh was quoted by the newspaper, saying, "Around 3pm, we received a call about a car with a woman’s body found in a lane of an under-construction area in Sector 23, Ulwe. Around the same time, we learned that a woman had gone missing from outside a bank."

The police then connected the dots between the cases and informed the woman’s body. They said that the woman had sustained injuries in the chest and back. Only a postmortem can reveal whether she was shot once or twice as it is possible that she was shot once on the left side by the murderer seated in the driver’s seat and the bullet exited from her back," Shaikh said.

The police suspected the murder to be committed for revenge and ruled out the motive to rob the woman as her jewellery and cash were intact. "We are scanning CCTV footage in the entire locality to identify the murderer," said DCP (zone 1) Pankaj Dahane.

A case of murder has been registered at the NRI Coastal Road police station against unknown persons.