A 15-year-old girl was allegedly gangraped by two persons at a birthday bash in Kopri area at Thane, police said on Tuesday 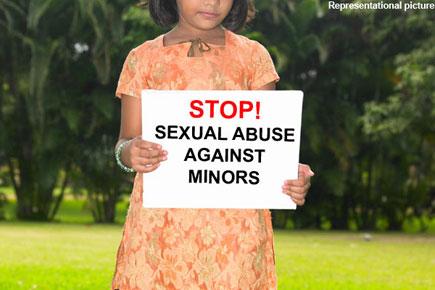 A 15-year-old girl was allegedly gangraped by two persons at a birthday bash in Thane, police said on Tuesday.

According to the victim, who lodged a police complaint last night almost a week after the incident took place on September 30, said she was sexually abused between 2 pm and 6 pm that day.

As per the complaint, the girl--a resident of Thane's Ghodubunder Road locality-was called for a birthday celebration that day and was picked up by one her friends Kaustub Chavan (21) on a bike after which she was taken to a chawl near Bharat English College in Kopri area.

Taking advantage of her state, Chavan and another friend of his-identified as Mandaar (30) took turns to rape her while Ahire stood guard watching over the criminal assault, the complaint stated.

Further investigations on whether the girl was drugged or her drinks were spiked are on, police said.