Those who sought leniency for Yakub Memon are nation's enemies: Shiv Sena

Lashing out at those who sought leniency for Yakub Memon, the Shiv Sena today demanded they should be "tried for being enemies of the country" 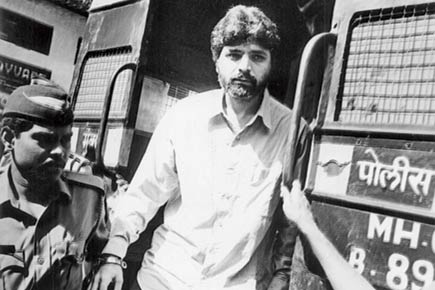 Mumbai: Lashing out at those who sought leniency for Yakub Memon, the Shiv Sena today demanded they should be "tried for being enemies of the country" and also asked the government to ensure that the 1993 serial blasts convict does not become a martyr in the eyes of people.

The souls of all those affected by the 1993 bombings will be at peace only when its main conspirators and mastermind - Tiger Memon and Dawood Ibrahim - are brought back to the country and sent to the gallows, the Sena said.

"Around 50 people had written letters asking for mercy to be shown towards Yakub Memon. These people had not lost anyone in the Mumbai attacks and were thus pleading for leniency. But, the President and the Supreme Court did not listen to them and dismissed their petitions keeping the sentiments of the country in mind," the Sena said in an editorial in party mouthpiece 'Saamana'.

"All those who asked for mercy to be shown towards Memon should be tried for being enemies of the country," it asserted. "Memon has been hanged, and now government should take firm steps to ensure that no efforts are made to project him as innocent or martyr before the people," the Sena demanded.

The Mumbai serial blasts was an attack on the country by Pakistan, the Sena said and added that the neighbouring country has long been planning terror strikes against India. "Dawood and Tiger are in Pakistan. Yakub too ran away to Pakistan and returned later. What is the point in showing mercy just because he came back to India? There was strong proof against him and his lawyer tried his best to save him," the editorial said.

The ruling alliance partner also suggested a debate on the fate of the killers of ex-Prime Minister Rajiv Gandhi and former Punjab Chief Minister Beant Singh still living despite
being awarded death sentence. "One point which (Asaduddin) Owaisi made is worth thinking about. The killers of former PM Rajiv Gandhi and ex-CM Beant Singh are living after being given death sentences because the respective state governments are against their killing," it said.

"There can be a discussion on this and legal battle can also be fought. But only on these grounds mercy cannot be granted to someone responsible for hundreds of deaths in the Mumbai bomb blasts," the Sena said.

Next Story : mid-day special: Most popular reads from July 25 - July 31