In a freak accident, an aircraft technician died after being sucked into the engine of an Air India aircraft during push back at the Mumbai airport. The kin has been given Rs 5 lakh ex-gratia & a job 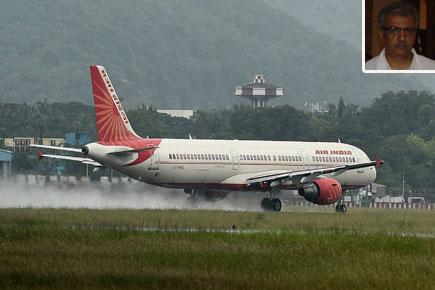 Air India Chairman Ashwani Lohani on Thursday announced an ex-gratia of Rs 5 lakh and a job in the airline to the family of the AI engineer. 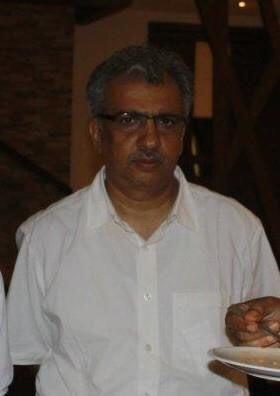 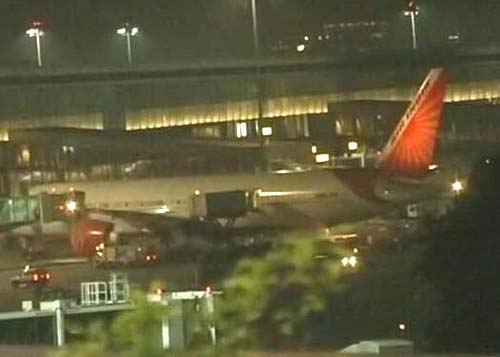 Air India's Airbus 319, the plane in whose engine the technician got stuck

Since the technician was standing close to the engine, he was sucked into it. The flight AI 619 was to take off for Hyderabad at 7.30 pm, but it had been rescheduled to 8.30 pm. It had 108 passengers and 6 crew members.

Air India CMD Ashwani Lohani said, "We are deeply saddened. We regret the tragic incident that occurred at Mumbai airport this evening when an Air India technician died in a mishap during pushback of flight AI 619. The incident is being investigated. Our heartfelt condolences to the bereaved family."

He added, "We have lost a family member and ex-gratia amount of 5 lakh has been given to the family. Since DGCA is conducting an inquiry, it will not be proper to comment on that, but it seems that there was a communication gap. No disciplinary action has been taken against anyone till now. We have also offered a job to the victim's family."

Deputy Comissioner of Police Virendra Mishra said, “The technician was standing near the towing van and did not leave the place after the aircraft pushed back. When the aircraft’s engine was switched on, it sucked the technician in to it. The panchnama is in process.” Police have registered a case under Section 174 of the CrPC.

The funeral of the victim will be held on Friday and a two-minute silence will be observed in AI offices across the network at 11 AM.

Earlier in the day, Minister of State for Civil Aviation Mahesh Sharma told Parliament that a committee was set up under the Air India CMD to look into the incident.

The committee, comprising Air India Chairman and Managing Director Ashwani Lohani and senior DGCA officials, has already reached Mumbai, he said. The minister said that the committee will investigate all issues related to the freak accident.

Air India de-rostered the pilot and co-pilot of an aircraft whose live engine sucked in a maintenance engineer leading to his horrific death, official sources saids

The pilot and co-pilot have been taken off flying duties pending the inquiry being conducted by the Directorate-General of Civil Aviation (DGCA) into the shocking incident of Wednesday.

The grounding of pilots is a standard procedure after any such incident and does not constitute any form of action against them, officials said.