Mumbai: This is how BMC blood banks are cheating you

Even as 2014 GR reduced cost of blood from Rs 1,050 to Rs 850, civic hospitals continue to follow the old rate card; say BMC has not sent an official circular 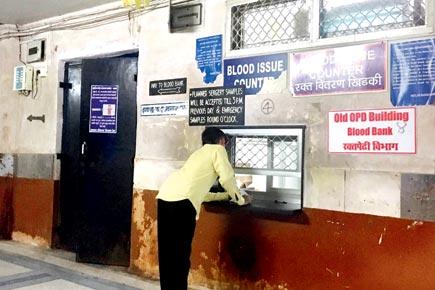 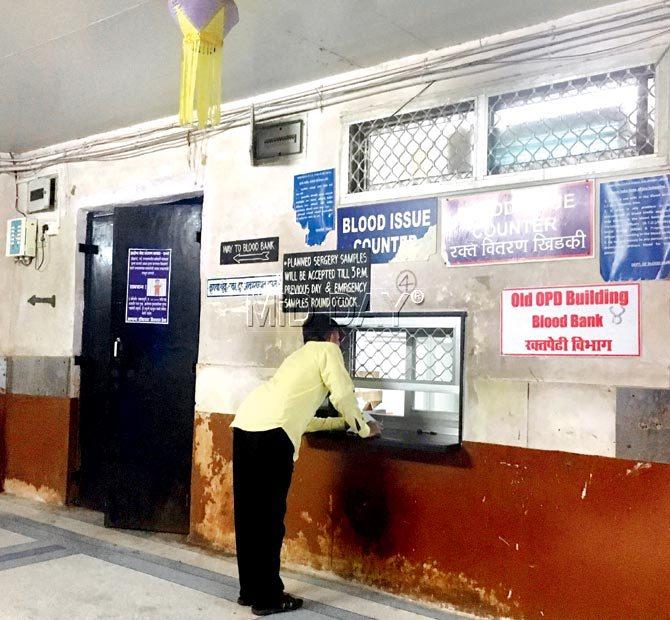 In gross violation of a state government resolution, several needy patients approaching BMC-run blood banks have been forced to shell out extra for blood, owing to bureaucratic apathy on the part of the civic body.

In 2014, the state government had passed a resolution, reducing the cost of blood by R200 — from Rs 1,050 to Rs 850 — at all government and civic hospitals. However, two years on, many BMC-run hospitals are still following the old rate card. The reason: They haven't been given the go-ahead by the BMC yet.

"We are following the old rate as we haven't received an official letter from the BMC about the new rate. When we get it, we will follow it," said a BMC officer, working at one of the blood banks. The information was revealed in an RTI query. It was learnt that leading civic hospitals like Sion Hospital, Bhabha Hospital, VN Desai Hospital and Cooper Hospital have been charging Rs 200 extra from private hospital patients, who require blood on an emergency basis. Civic hospitals provide free blood to patients admitted to their hospitals.

Earlier this week, Abhijit Shinde, a resident of Sion, had admitted his wife to a private hospital after she had to be operated on for a tumour in her uterus. Doctors had recommended that he procure two units of blood from Sion Hospital. But, unaware of the cap imposed on the price of blood, Shinde, on Saturday, bought the blood for Rs 1,050. Like him, families of at least 40 patients who approached these four blood banks, ended up paying Rs 200 more.

But, even as the blood banks have pinned the blame on the BMC, the state health department said that as all civic hospitals come under the ministry, they do not have to wait for an official circular from the BMC to follow the rule. "We had passed the circular instructing all blood banks to follow the rule. Civic hospitals don't need to wait for a circular from the BMC as they fall under the purview of the state. However, I will look into the matter on Monday and ensure that the BMC implements it at the earliest," said Mohan Jadhav, director of state health services.

Next Story : Nawazuddin Siddiqui kicked me in the stomach, says brother's wife