Vocalist Oscar Castellino and pianist Nadine Crasto's Operawala will be performing in Pune, Goa and Mysore after a charity concert at St Xavier’s College last afternoon 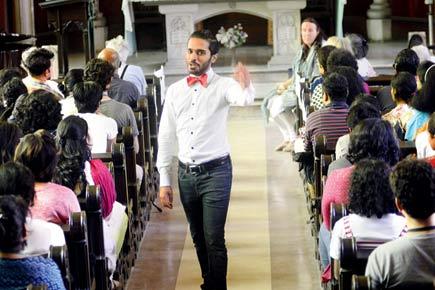 
Vocalist Oscar Castellino, and pianist Nadine Crasto performed operatic pieces to raise funds for students of St Xavier’s College in Mumbai. The idea was to help fund higher education of college students who belong to disadvantaged backgrounds. This concert was part of the Operawala Tour of India, which was organised by the Italian Cultural Centre and supported by Furtados. “I wanted to promote the Opera in India. I truly believe that that this kind of music can be suited to the Indian ear. Which is why I came to India and started Operawala,” shares Castellino, who trained at the Royal College of Music in London. “As a child, I studied in a boarding school in Mussourie. When I returned to Mumbai, I joined a choir group. At that time, it was more of a social thing, but it helped develop my voice. I was studying physics at St Xavier’s College, and realised that I really enjoyed music. It’s one of the main reasons why I wanted to do a charitable event at the college,” he adds. The event generated Rs 20,000 while the annual college fee for each student is roughly Rs 4,000. “We did make it a ticketed event. People dropped their contributions in collection boxes after the performance,” Castellino informs. 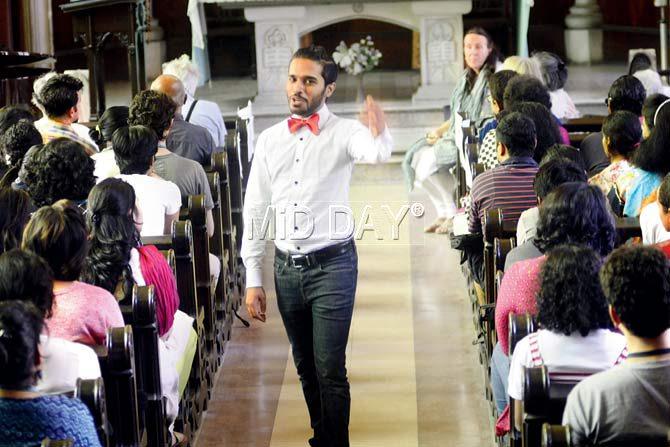 An opportunity to train under celebrated Mumbai-born British soprano, Patricia Rosario, introduced Castellino to his true calling. “It was mainly Western Classical singing for me, as I was clueless about the Opera back then. I was grateful for the opportunity to perform in front of Patricia. I was scared and chose a non-Classical piece for the performance. She loved it and invited me to train with her. It’s when I started learning the Opera. When she felt I was ready, she suggested that I apply to the Royal College of Music in London,” says Castellino, adding that learning the Classical form needs a lot of discipline and daily exercise. “I used to run marathons and also use the same system of warming up and stretching for my vocal practice too. In an Opera, your voice needs projection. You sing continuously for over an hour in front of large audiences. It is important that you get the best teachers as the wrong techniques can really hamper your singing,” he explains.

Operawala’s month-long concert, featuring operas sung in Italian, French and Nepolitana will now travel across multiple venues in Panjim (Goa, March 6), Benaulim (Goa, March 8, Goa), Mysuru (March 13) and Pune (March 20). “We will be tweaking the performances according to the audience. For example, at St Xavier’s, since we were addressing students, I spoke to them about how to appreciate the music even if they didn’t understand the words. In Goa, we will be performing inside a museum, while in Mysore, we will be performing as part of an art exhibition. In both places, the audience may not necessarily be clued into opera but will certainly be followers of art, so we will focus on the connect,” Castellino tell us adding that he will return to UK post the tour. But he has plans to return soon, and continue developing acts under the brand name. “I intend to use a few Indian words in the original compositions as well, in the later concerts. Indian languages lend themselves very well to operatic music,” he signs off before heading off to a rehearsal.