BJP leader alleged that Pawar was the first person to use the word 'Hindu terror'. Citing the recent statements of Pawar in which he criticised 'The Kashmir Files' 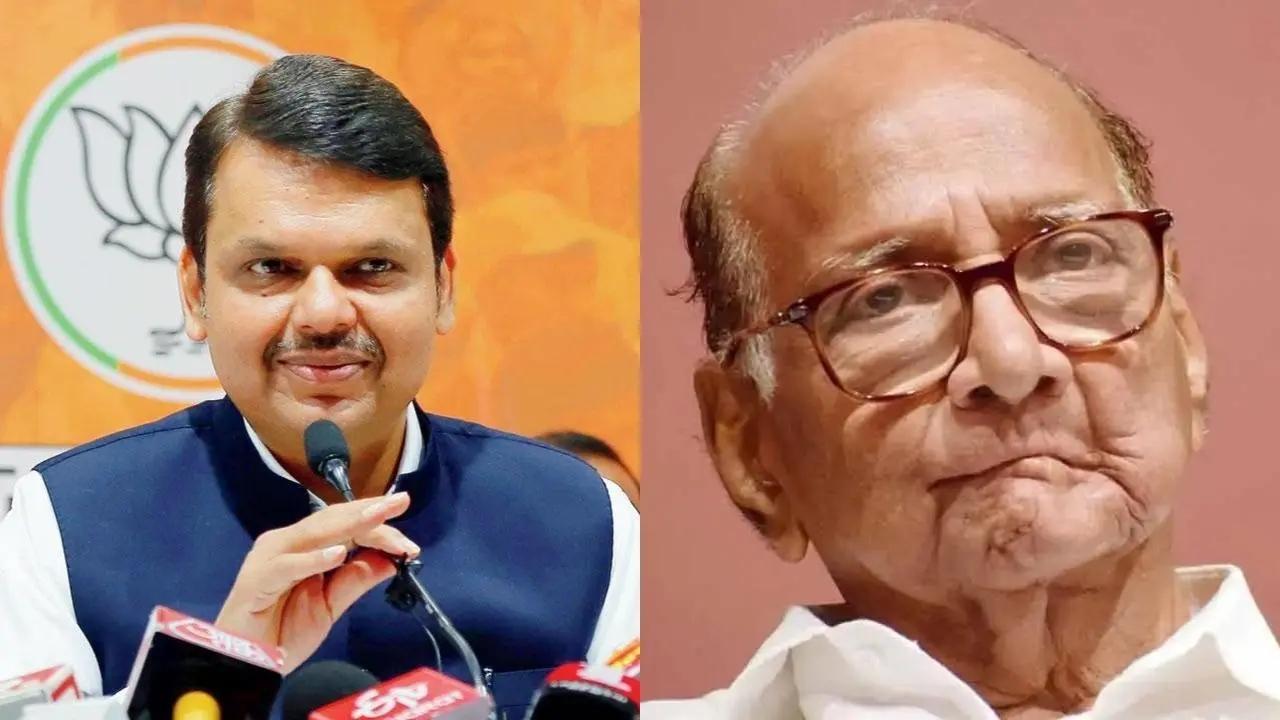 
BJP leader Devendra Fadnavis launched a no-holds-barred attack on NCP chief Sharad Pawar over his statements on various issues, including Article 370, 'The Kashmir Files' movie and Ishrat Jahan, and accused his party of indulging in appeasement politics and polarising the society on communal basis. In a series of 14 tweets which coincided with the 131st birth anniversary of Dr Babasaheb Ambedkar, Fadnavis also accused Pawar of going against the wishes and values of the chief architect of the Indian Constitution.

The BJP leader alleged that Pawar was the first person to use the word "Hindu terror". Citing the recent statements of Pawar in which he criticised 'The Kashmir Files', Fadnavis said the criticism was totally in line with the NCP's decades old track record of appeasement policy and politics and polarizing the society on communal basis.

#TheKashmirFiles movie is not against any religion but it is against those who chose to look the other way when people were suffering, because they felt that it suits their political agenda of appeasement, thereby achieving a communal divide❗️#AmbedkarJayanti #India

The Leader of Opposition in the state Assembly tagged the links of various news reports to substantiate his accusations against Pawar and the NCP.
He posted media reports quoting Pawar saying that Maharashtra minister Nawab Malik (arrested by the ED last month in a money laundering case) was being linked to fugitive gangster Dawood Ibrahim because he was a Muslim. Another report quoted Pawar as saying that Ishrat Jahan was innocent.

Ishrat Jahan was killed along with three others in an alleged fake encounter in 2004 in Gujarat. The four were accused of being involved in a plot to assassinate the then Gujarat Chief Minister Narendra Modi.

Fadnavis said that in 2012 when the Congress and NCP were in power in Maharashtra, the "shameful" Azad Maidan violence happened in the heart of Mumbai. The Amar Jawan Jyoti memorial was desecrated. But the NCP, which held the home department was soft on Raza Academy and changed the Mumbai police commissioner instead, he alleged.

Fadnavis said, "The NCP has grand plans on bringing a Muslim quota in Maharashtra even though our Constitution does not provide such a provision. Shameful how vote bank politics prevail over Constitutional values!"

Highlighting Pawar's statements like minorities decide whom to defeat, and NCP demands implementation of Sachar Committee report, Fadnavis said, "On March 12, 1993 when Mumbai was shaken with 12 bomb blasts, Sharad Pawar ji invented a 13th blast in a Muslim area. Instead of law and order, appeasement was his first priority. Why such double standards when we expect communal harmony?"

The former chief minister said Pawar criticised 'The Kashmir Files' because it doesn't suit the pseudo-secular agenda. "Why does a movie based on real testimonials of sufferings of Kashmiri Pandits disturb someone?" he asked.

"'The Kashmir Files' movie is not against any religion, but it is against those who chose to look the other way when people were suffering, because they felt it suits their political agenda of appeasement, thereby achieving a communal divide," Fadnavis tweeted. "Such acts and approach of disturbing the harmony of the society cannot be accepted in Dr Babasaheb Ambedkarji's India," he said.