Police finds 22 kg of scales and nails of the endangered animal, which researchers say could possibly help with finding a cure for COVID-19 in humans 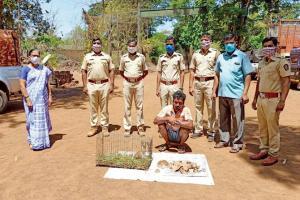 It seems that there is rampant poaching of pangolins taking place during the lockdown in the Konkan belt, and their scales are being illegally sold in the local black market. During the raids, the forest department recovered two kilograms of pangolin scales and six nails. The pangolin is one of the most trafficked wild animals across the world as there is a huge international demand for its scales.

Range Forest Officer (RFO), Vaibhav Borate, said, "Based on the tip-off received from our sources, our forest department team raided the house of Kalpesh Tukaram Balgude at Karanjali [Balgudewadi] village near Dapoli. During the search operation of the house, our team recovered one tortoise shell, one jungle hare, and 22 kg of pangolin scales and nails. We have taken the accused into custody and investigation is on."

As evidence related to wildlife trade have been found from the house of the accused, the forest department is exploring the possibility of him doing this regularly. The forest department team has registered an offence under various sections of the Wildlife Protection Act, 1972.

According to the Wildlife Crime Control Bureau (WCCB) website, "Major threats to pangolins in India are hunting and poaching for local consumptive use and international trade. Another reason for hunting pangolin is its meat. There is now greater evidence of its inclusion in illicit international trade, in particular its scales, from India through Myanmar to China and South-East Asian countries as the most likely, final destinations. Inadequate information on population and distribution further accentuates the threats arising from hunting and poaching."

The Indian Pangolin is found sporadically throughout the plains and lower slopes of hills from south of the Himalayas to Kanyakumari, except the north-eastern region. The Chinese Pangolin is found in India in Sikkim, Arunachal Pradesh, Meghalaya, Nagaland, Assam, Manipur, Tripura, Mizoram and the northern part of West Bengal. 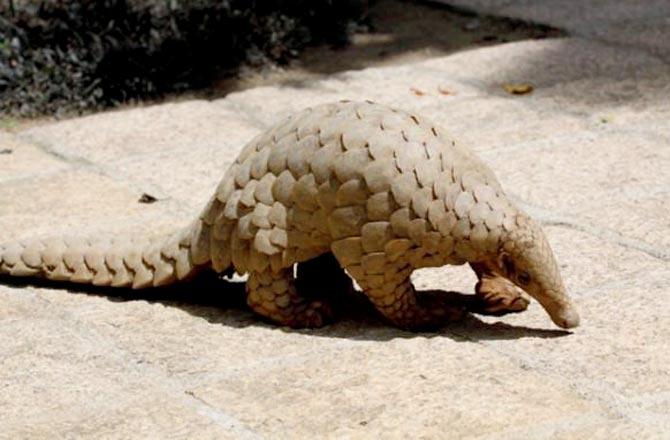 Pangolins are the most trafficked mammal in the world, for their scales [made of keratin], which are boiled off their bodies for use in traditional medicine. Their meat is a delicacy in Vietnam and China; and their blood, which is considered to be a healing tonic.

Soon after the outbreak of COVID-19 pandemic, there were many media reports that claimed that the endangered pangolin was linked to the initial outbreak of the disease in China. However, this hasn't been proven yet. Now, a research conducted by the Medical University of Vienna in Austria, has revealed that certain genes sense when a virus enters the body, and trigger an immune response in most mammals. They found that pangolins, which have been called the 'missing link' between bats and humans, lack two of those virus-sensing genes. This means that not only are the endangered animals carriers, but they also seem to be immune to it, via an unknown mechanism. This evolutionary advantage and its understanding may give way to possible treatment options for COVID-19.