As Maharashtra gets ready for the execution of 1993 Mumbai serial blasts convict Yakub Memon tomorrow, Nagpur's hanging room is getting the final touches 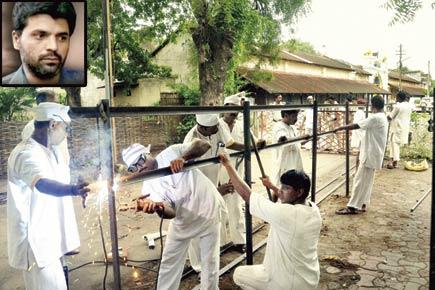 The constable who hanged Ajmal Kasab, the lone terrorist who survived the 26/11 terror attacks on Mumbai, has reached Nagpur Central Jail, for the likely execution of 1993 Mumbai serial blasts convict Yakub Memon tomorrow. 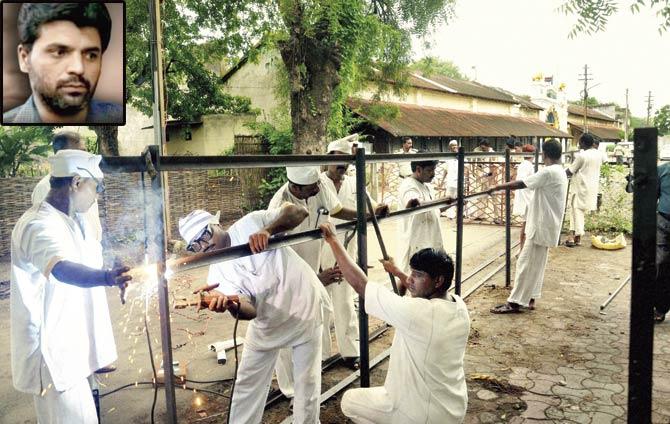 Two of Yakub Menon’s pleas are still with the government. Right: Work at the Nagpur jail. Pic/PTI

“He (the constable) himself might hang Yakub, or train our people, but nobody else will take the hangman’s job; some trained constable will have to do it. Also, the same team that hanged Kasab is carrying out the operation,” said a jail officer, requesting anonymity.

The final verdict
The Supreme Court (SC) will hear Yakub’s mercy petition plea on Monday, July 27. Depending on the SC verdict, the hanging might be postponed. “As per the jail manual, the hanging can be carried out only after all the rejections (of mercy pleas) made by the government,” said Vaibhav Kamble, suspended superintendent of Nagpur Jail.

Kamble had been suspended after a jailbreak, a couple of months back. “Two of Yakub’s pleas are still with the government one will be decided by the governor and one on Monday by the Supreme Court bench. The Nagpur jail authorities have managed to get a sanction of Rs 22 lakh from the government for renovation of Yakub’s hanging cell,” added Kamble.

The countdown begins
A team from the Nagpur’s Public Works Department (PWD) also visited the jail, along with Additional Director General of Police (prisons), Meeran Borwankar, to take stock of the situation.

The PWD will be building a shade over the hanging cell, which is open to the elements at present. “The shade has been built so that the monsoon doesn’t disturb our work,” said Kamble. According to sources, Yakub had been practising namaaz five times a day.

He had apparently told a policeman that he was resigned to the fate that God had in store for him, and his only hope was that his family would have the strength to carry on when he was not around. Yakub’s wife had also told a TV channel in Mumbai that her husband believed in the Indian judicial system, and the family was hopeful that they would get justice.