Costing only Rs 3,000, the device sends out ultrasonic waves that enable user to detect obstacles without having to touch or run into them 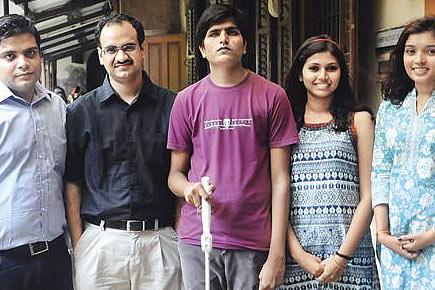 Technology is set to make lives better for the visually impaired in the city. Students and fellows at IIT-Delhi have developed a ‘smart’ cane that helps the blind navigate their way without having to touch or run into obstacles. 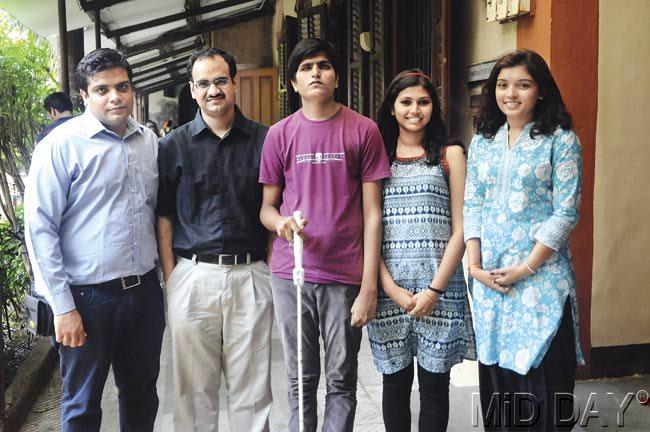 Dr Rohan Paul (in spectacles) with the core team that helped develop the product and Deepak Jaiswal (in purple), a student of St Xavier’s College, who uses the device. Pic/Satyajit Desai

What’s even better is that the cane only costs Rs 3,000 about 25 times less than the market price of a similar product. The experiment started nine years ago, in 2005, when four students from IIT-Delhi began work on creating a device to help the visually impaired walk, after visiting the National Association for the Blind.

People at the centre complained of having to collide with or touch every obstacle in their way in order to move around. Vowing to improve their mobility, students began the project. The group even filed their patents in 2007. However, the project got stuck for almost three years due to funding issues. 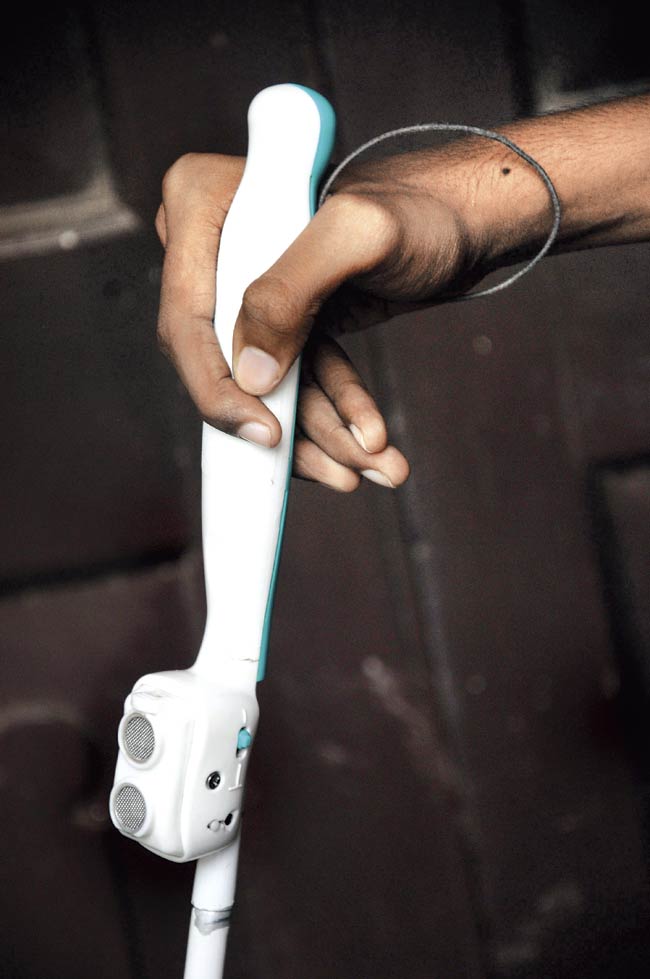 A closer view of the 'smart' cane

Cost-effective
Dr Rohan Paul, the co-founder of the project and a post-doctoral fellow at IIT-Delhi, said, “The most difficult part was the funding. We wanted the product to reach the end user in a cost effective manner, and hence, appropriate funding was required.

Around 2010, we were introduced to Wellcome Trust, UK, which helped us get the funding.” They have used around R3 crore till date. They also found a Chennai-based firm to manufacture the product. Over the years, about 35-40 people had associated themselves with the project through various tie-ups with organisations working for the visually impaired. 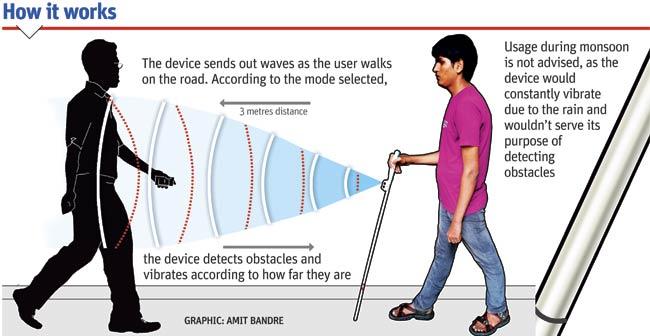 Around 300-400 pieces were then distributed to the blind all over the country; in the city, the group tied up with the Xavier’s Resource Center for the Visually Challenged, which is under the St Xavier’s College, to give away the product for trials. Improvements were made in it after taking feedback from users.

The device detects obstacles above the knee, as opposed to a normal stick which only works for obstacles below the knee level. People were also employed to train users to get used to the device. Piyush Chanana, who trained nearly 200 people, added, “We had to take care of several aspects. 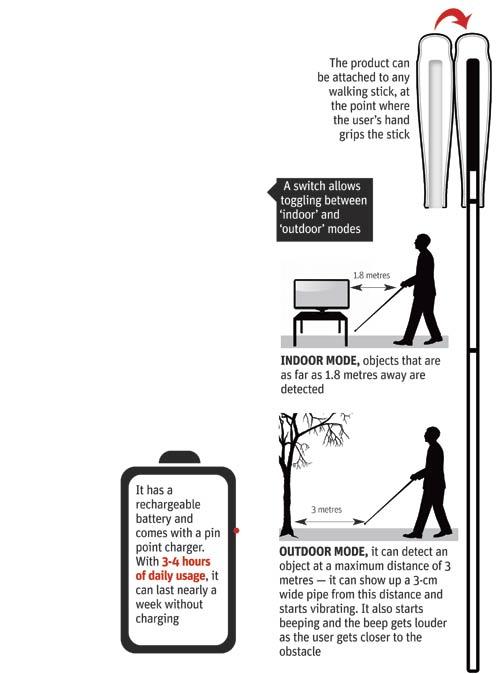 For example, there are obstacles that are not on the ground level like scaffolding or a horizontal bar but the stick will still vibrate. We taught users to follow the vibrations, even if the stick cannot find an obstacle.” The device can be attached to any walking stick and comes with a charger. Users say it lasts them about a week.

Deepak Jaiswal, a student of St Xavier’s, told mid-day, “I’ve been using this cane for 6 months. I charge it once a week. The best part is that the vibrations allow us to know obstacles in our way three metres before we encounter them. This helps us navigate without touching objects.”

Around 50 of these devices will be distributed today under a government scheme to provide assistance to the disabled, at St Xavier’s College, free of charge. Others can buy it from various city centres for Rs 3,000 well below the hefty Rs 80,000 that a similar product costs on the international market.

Next Story : Mumbai roads, a training ground for our athletes!