In second address after rebellion, Uddhav says he knows many in his party want reunion with BJP, but he won’t ever align with them 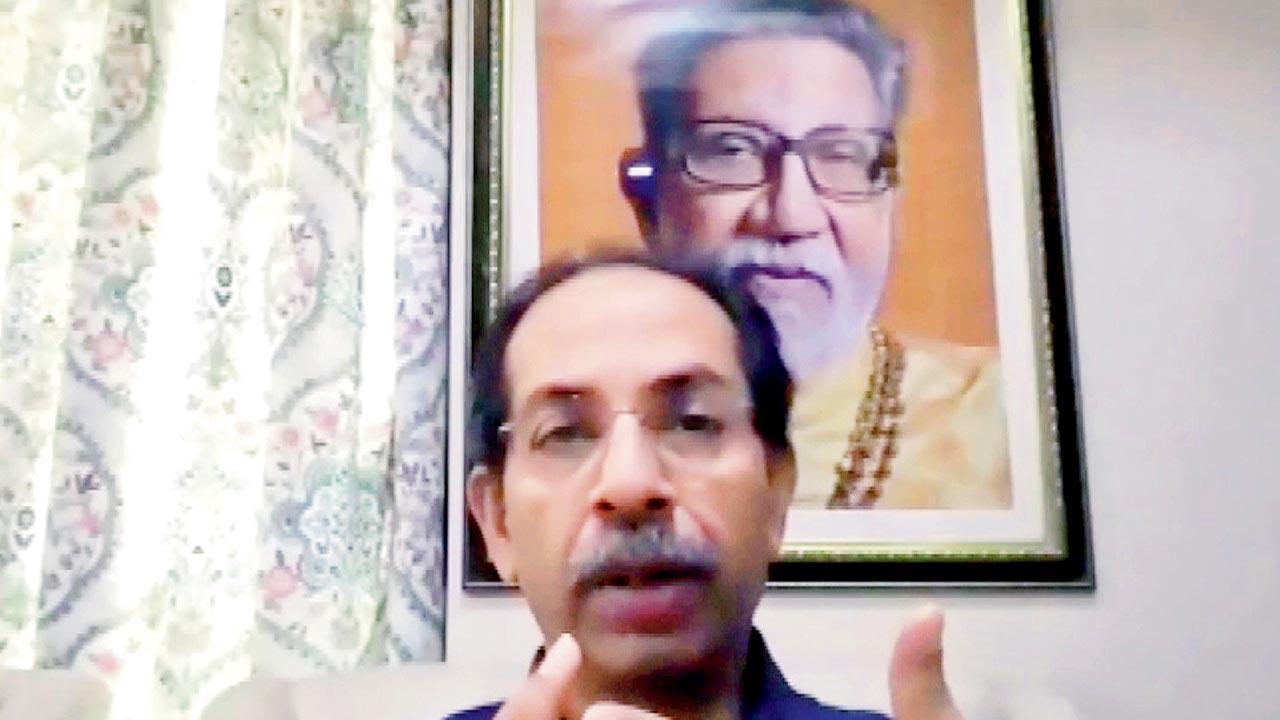 
Deserted by most of his Assembly members, Chief Minister and Shiv Sena president Uddhav Thackeray has pinned all his hopes on grass-roots workers to build the party afresh, even as legal hawks and MVA leaders have been working all possible ways to save his government that faces imminent danger from the Shinde camp. He gave the almond tree analogy as he urged the Sena cadre to help the party rise again.

The Sena president vowed to fight his adversaries, in the party and outside, while addressing the cadre, especially district presidents, who form the backbone of the Sena structure, now shaken by the revolt. Keeping the file unaffected when important rank has abandoned him is a top priority for Thackeray as Shinde is likely to make moves to hijack the party on the strength of the numbers he has. However, the grassroots strength plays an important role as far as Shinde’s success is concerned. 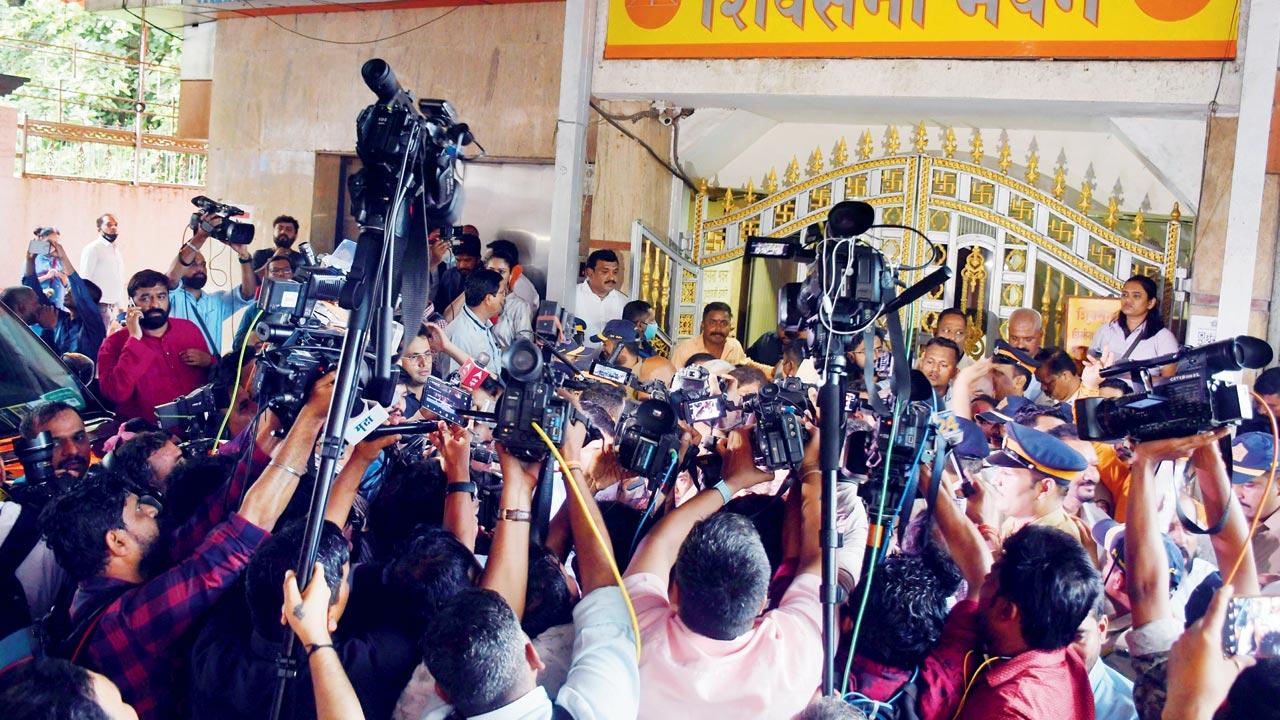 Thackeray slammed Shinde for his betrayal which according to him came even after he had given him every importance, a place of pride and the urban development department that no CM had parted with in the past.

He said the Shinde group has accused his son Aaditya. “Is it okay if your (Shinde’s) son becomes an MP? But they feel my son should not get a thing.” 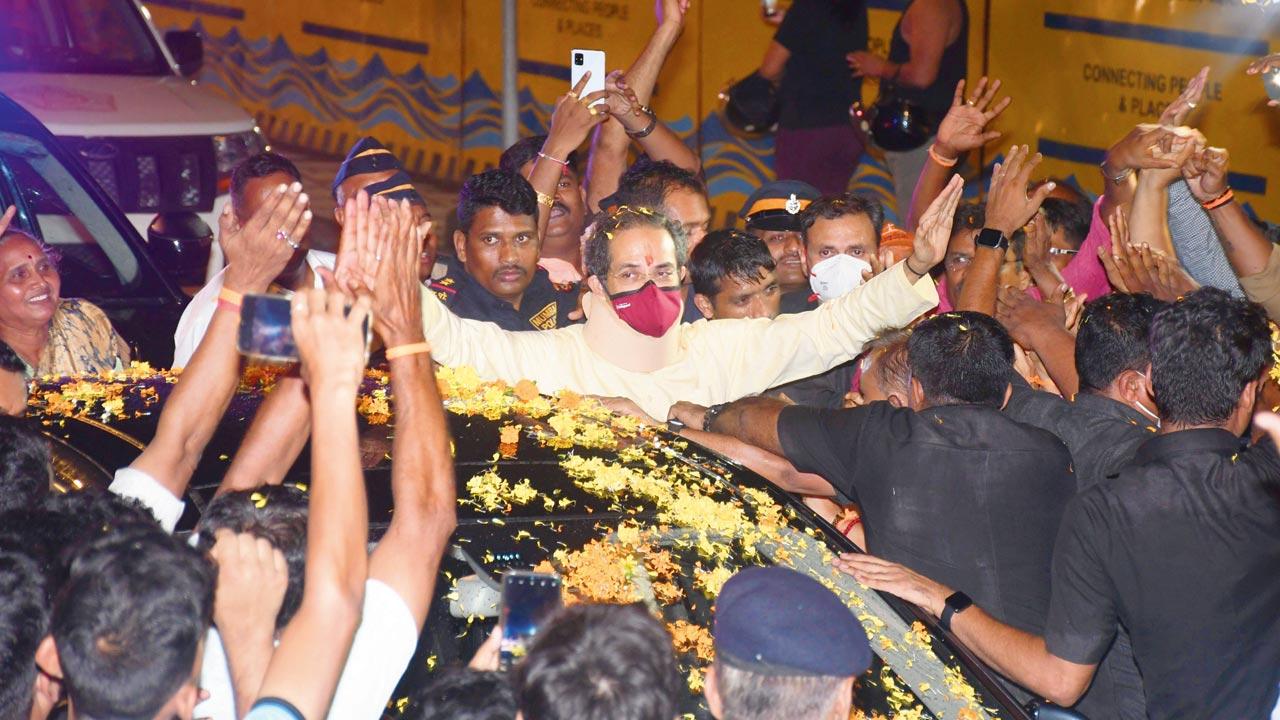 Uddhav Thackeray is greeted by Sena workers, on the Bandra-Worli Sea Link on Wednesday. Pic/Ashish Raje

The CM said he had an inkling that defection could happen and had asked Shinde about it. “Shinde first refused, but then told me he was under pressure from some MLAs to join the BJP. I said it was okay, but asked him how many people who are with him had been targeted by the BJP. I asked him what kind of Shiv Sainik he was and didn’t his blood boil after allegations were levelled against my family?”

Thackeray said he told Shinde that he was not shandh (impotent) to go with the BJP. “I would rather go to the people. I won’t succumb to any pressure and sit with the Bharatiya Janata Party that has slapped heinous allegations against my family. The BJP will use you and throw you away, I told him,” added Thackeray in his online address. He said it was BJP’s strategy to use turncoats to attack the opposite parties and he had told Shinde so. 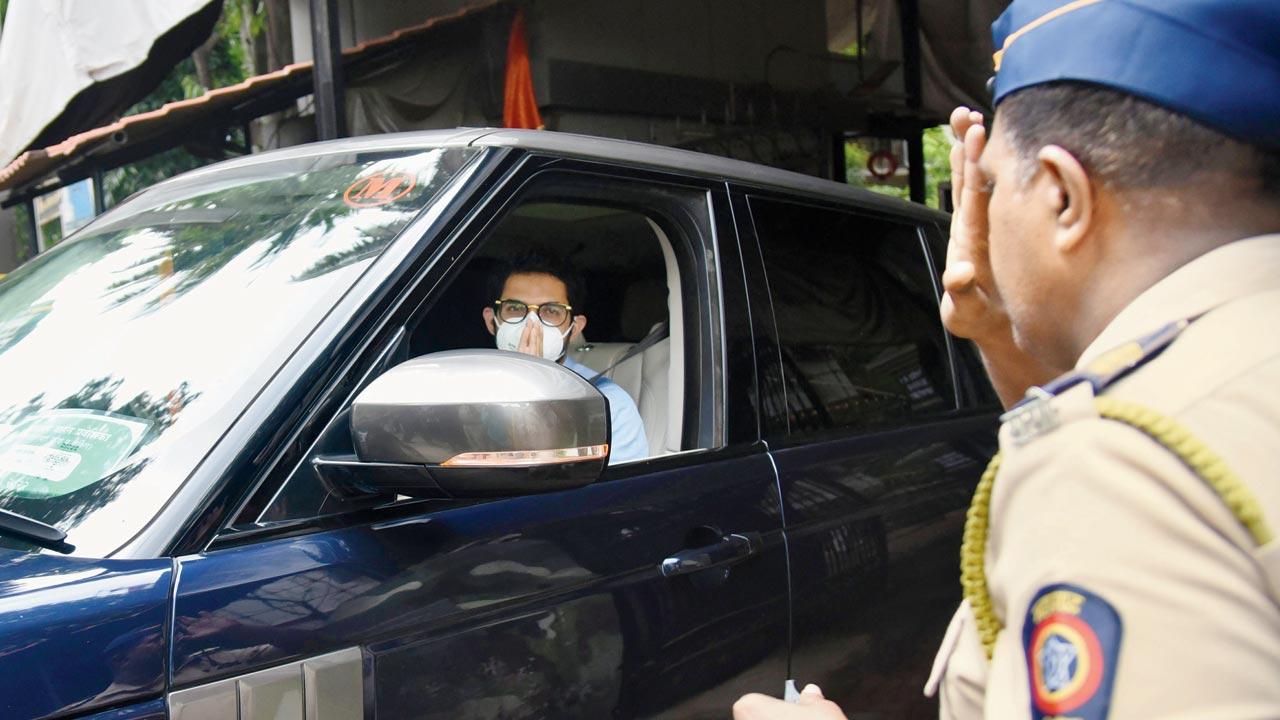 Thackeray said many people asked him about leaving the CM’s official residence Varsha because it indicated that he has quit fighting. “But let me tell you I’m not that kind. I have forbidden greed [to stay at Varsha], but not my fighting spirit. I quit what was not mine.” Thackeray said, “I don’t mind if all leave me. I will start afresh like an almond tree that is left with no leaf but becomes lush green again. Treat the current situation like an almond tree. Let’s start afresh…”
He said the flowers from the tree can be plucked, branches cut, but its roots cannot be taken away. “Our roots are firm with Balasaheb’s ideology.” The CM said the party has made some people big, but he was unable to help them achieve their big dreams.

Thackeray said he was not emotionally blackmailing the cadre using his father Balasaheb Thackeray’s name. “Whoever wishes may leave the party, go to them [Shinde]. But please take my father’s photo away. Those who left me were never with me. The Sena that has roots in Balasaheb’s ideology will never end…,” he said.

‘No Sena leader visited me when I got cancer’

Yamini Jadhav, rebel MLA, explains why she is leaving Uddhav 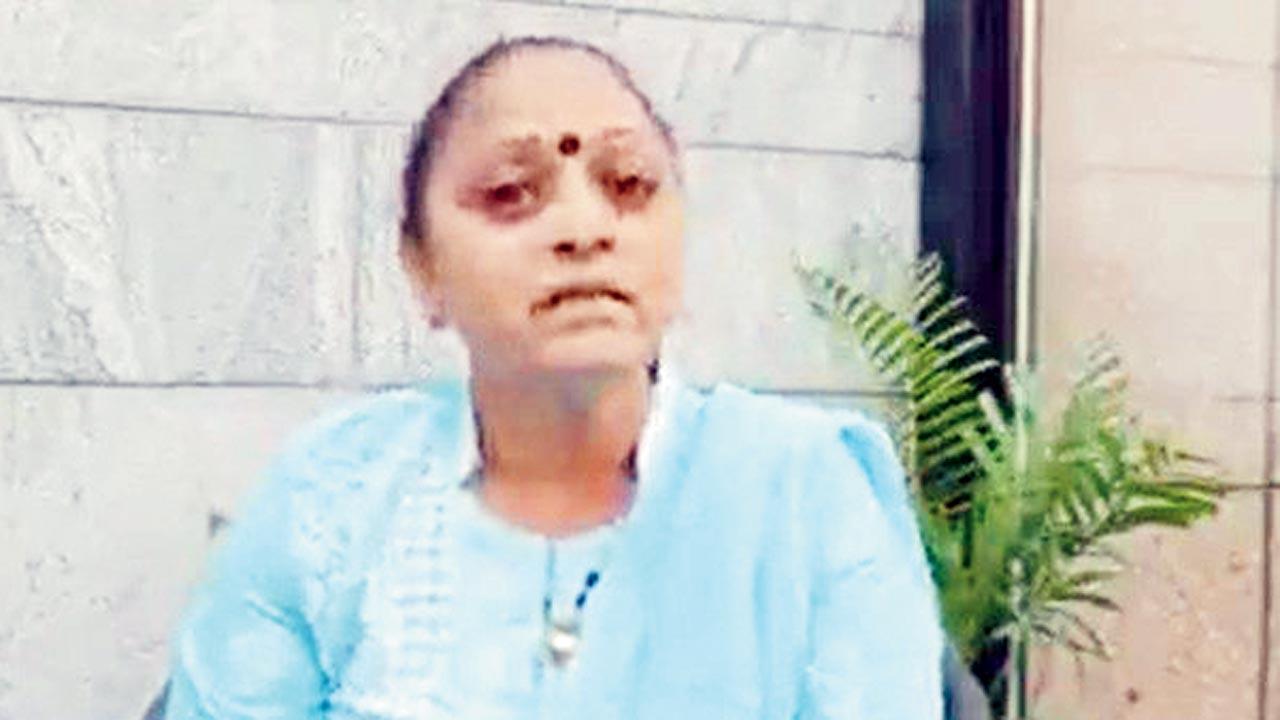 Byculla MLA Yamini Jadhav, who is in Guwahati, has revealed the reason for siding with the Shinde group. She said she and her husband Yashwant Jadhav were deeply pained because no senior Sena leader came to see her fighting cancer, whereas others were visited.

She said they would never quit the Sena, rather die as Sainiks. “But there are reasons behind the steps we have taken that the people need to understand. It was a hard decision, but we had to take it.” Since Yamini’s husband, a former BMC standing committee chairman, is on the I-T and ED’s radar, it was said that the shift happened to seek relief. She said even during this crisis, the couple was not comforted or given guidance. “We’re alone in our fight.”

In a video released from Guwahati, she said she was crestfallen after she was diagnosed with cancer. “No leader who we expected to visit us and inquire about our wellbeing, turned up. There was no support. Only [former Mayor] Kishoritai [Pednekar] visited me. She told me how to cope with the ailment.”

She said the cancer-affected wives of many MLAs were visited in the hospital. “Did they wait for me to go into critical condition before coming to us?” she said, requesting the Byculla residents and her voters to understand her plight and reasons. “Byculla people have created history and they will understand.”