Mumbai: Heartbroken 'Juliet' hangs self after her girlfriend drinks poison

A dreamy date by Marine Drive ended in nightmare for two girls after their families found out they were in relationship. Forbidden to see each other again, both girls attempted suicide; only one survived A dreamy date by Marine Drive in the monsoon ended in a nightmare for two girls after their families found out they were in a relationship. Forbidden to see each other again, both girls attempted suicide in their own homes, but only one of them survived. 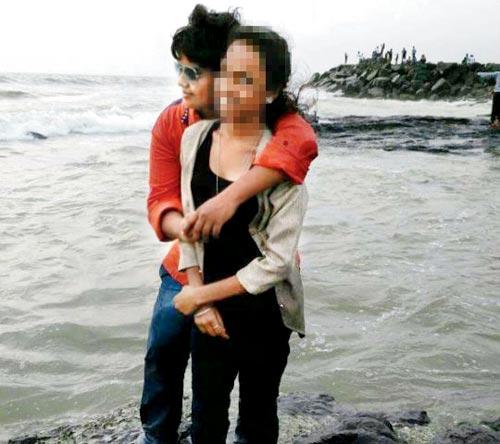 Roshini (left, with short hair) and Rujukta were regulars at Marine Drive and spent their last date there on Friday, when they were spotted by a relative

The girls, Roshini Tandel and Rujukta Gawand, were both 21 years old, and lived in the same neighbourhood in Suman Nagar, Chunabhatti. What started out as a close friendship soon turned into a love affair. Roshini would take part in social and political activities, while Rujukta would help her father at his fast food joint, which was located close to Roshini’s home. 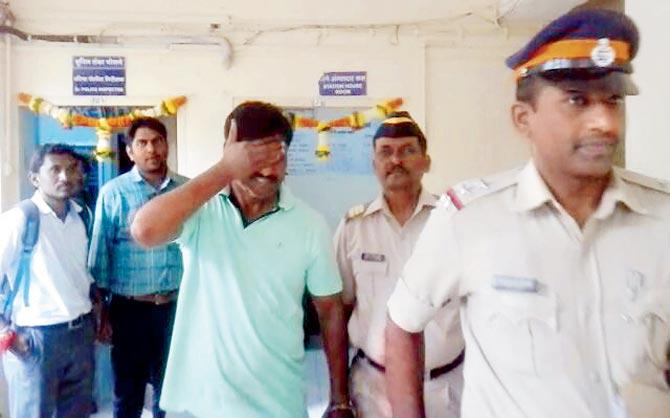 Rujukta’s father, Kishore Gawand was arrested in connection with her lover’s suicide

Over the past year, the two would often hang out all day, leaving in the morning and returning home at the end of the day. But their families’ suspicions were finally raised when Rujukta’s relative saw the girls cuddling at Marine Drive on Friday.

Separated forever
The relative informed Rujukta’s father, who then confronted her about it. A police official said, “Since the girls had been out of the house from 11 am to 6 pm, Rujukta’s father asked her what the two girls were doing. Rujukta confessed that she was in a relationship with Roshini. He then scolded Rujukta and warned her never to meet Roshini again.”

Meanwhile, Rujukta’s father contacted Roshini’s elder sister, Amruta Jaiswal, and asked the two of them to meet him and discuss the matter at the office of a local political worker, Mahendra Nagte. There, he repeated his warning to Roshini and told her to stay away from his daughter.

“While Amruta and Kishore were arguing, they came to know that Rujukta had attempted suicide at home by drinking phenyl. She was rushed to a nearby hospital,” said a cop.

Heartbroken, Roshini went home with her sister and then locked herself in her room. “The next morning, when she did not open the door, we checked through the window and saw her hanging from the ceiling,” her sister Amruta told the police. Rujukta is currently recovering from her suicide attempt, but is said to be out of danger.

Father arrested
The police arrested Rujukta’s father, Kishore Gawand, in connection with Roshini’s death. Her sister Amruta told the police that he had rebuked and heaped profanities on them at the local politician’s office. Along with Roshini’s father, cops have also booked the politician, Mahendra Nagte.

Senior Police Inspector Sunil Bhosle said, “We have booked two people under Sections 306 (abetment of suicide), 507 (criminal intimidation) and 34 (common intention) of the IPC and have arrested one in the matter. The statement of Rujukta is yet to be recorded as she is recovering from her suicide attempt. Future action will be taken once her statement is taken.”