Sena leader says officers who do not want to find better alternatives should leave, a day after MMRCL boss Ashwini Bhide said there were no other options for Metro III car shed 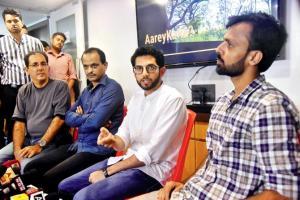 
Joining the chorus against Mumbai Metro Rail Corporation (MMRCL) over the hacking of 2,646 trees in Aarey Milk Colony was Yuva Sena chief Aaditya Thackeray on Tuesday. He demanded a probe against the consultant who suggested a car shed inside Aarey in the first place. Hinting at MMRCL managing director Ashwini Bhide, Thackeray said the officer who was not listening to the people should be transferred.

Wildlife photographer Nayan Khanolkar and wildlife researcher Rajesh Sanap, who were present at Thackeray's press conference, also punctured the claims of 'No Wildlife' in the area by displaying pictures of wild animals close to the Metro III car depot site. Speaking at Shiv Sena Bhavan in Dadar, Thackeray said, "The officer is not just ignoring people and public representatives who are against the tree cutting but her recent statements seem to be an effort to threaten the courts as well." 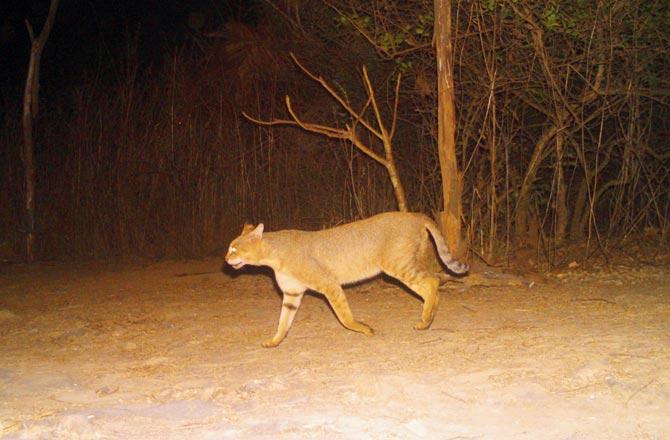 The Jungle Cat spotted inside Aarey

The study by Khanolkar and Sanap sheds light on the rich biodiversity in Aarey. "It is more than the trees. What about biodiversity? By bringing in metro car shed, we are destroying the entire city's rich biodiversity. The car depot site is a flood plain of the Mithi river and the landfilling has already resulted in the Mithi overflowing thrice this monsoon," Thackeray said, adding that reports by environmental experts too support these claims. Countering MMRCL's hashtag '#AareyAikaNa' (Aarey Please Listen), Thackeray started a hashtag '#AareyKaRe' (Why Aaarey?)

Khanolkar, who had won international recognition for the leopard image he captured at Aarey, along with biologist Sanap who has discovered and rediscovered many species of scorpions and spiders from Aarey, gave a presentation to debunk the claims of the Environment Impact Assessment (EIA) report which says that there is no wildlife at the Aarey Milk Colony.

Khanolkar showed a picture of a leopard standing on a rocky patch on a hillock with the metro car shed in the background. He also showed a video of the endangered and rare Rusty Spotted Cat captured in Aarey. "We are not at all against metro but we think that Aarey needs to be protected. We have, in the last four to five years documented several wild animals in the area including resident leopard Luna who has delivered eight cubs ever since," Khanolkar said.

Aarey acts as carbon sink
"Aarey is also home to the world's smallest endangered and rare wild cat — the Rusty Spotted Cat which was found around 500 metres away from the car depot side," he stressed. Sanap, in conversation with mid-day, too questioned the "short-term gains" for which we were ignoring "long-term impacts." He said, "Agencies concerned should plan projects in a manner that does not disturbs the biodiversity in Aarey, Film City and Sanjay Gandhi National Park because these green lungs act as a carbon sink for our city."

MMRDA, in a statement, said that it will install the Metro VI casting yard at Wadala and not at Aarey as expected earlier. "MMRDA had asked for two small vacant plots for site work along the JVLR. Now, with an alternative arrangement made, only one plot of about 1,500 sqm between JVLR and Adani Electricity management institute, which is already being used for Metro site work, shall be put to temporary use for another year. No land in Aarey is required for Metro VI," the press release released by MMRDA stated.

Also Read: Mumbai: Save Aarey gets counter narrative in #AareyAikaNa

Next Story : FDA to get stale oil tester for restaurants