Mumbai cops to the rescue of 250 drought-hit families

When anti-social elements began extorting from farmers living in a Ghatkopar ground, the police drove them away and sent 2 tankers of water. Soon, floodgates opened, and political parties joined in 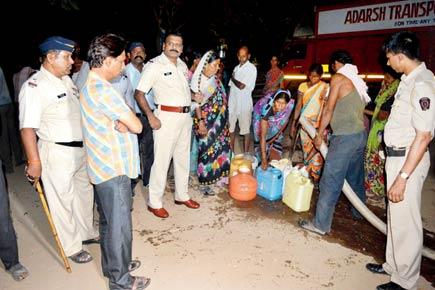 Scores of farmers fled to Mumbai from their drought-hit villages to escape thirst and death, only to find further suffering upon their arrival here. Each day had involved a fresh struggle for life -- the locals fought them tooth and nail over the limited supply of water, and some even tried to fleece the farmers. 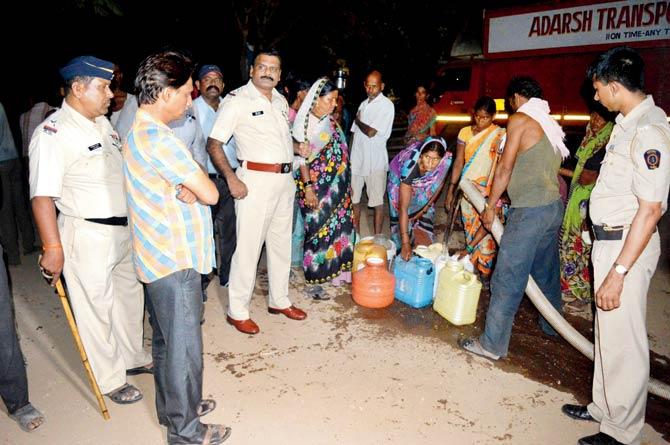 Cops making sure the water is distributed among the families

But after two months of agony, their fortunes turned on Saturday night, when the Ghatkopar police came to their rescue and pooled together the resources to provide water. For the first time in weeks, the migrants did not have to go to bed thirsty or hungry – not on Saturday or on the days since. For, the kindness shown by the police opened the floodgates of generosity, and political parties rushed there to lend a hand and earn some brownie points. 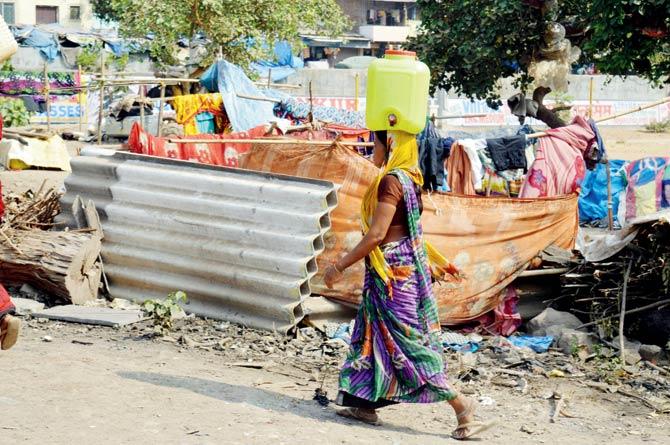 “Many of us have land running into hectares, but with no water, we had no option but to leave our villages and cattle. We fled from the village thinking that it would at least save our lives, but when we reached here, the situation was different. Instead of helping us, the locals started demanding money. We are thankful to the cops for intervening at the right time,” said Narayan Rathod, one of the farmers from Nanded.

Read Story: Maharashtra drought: Latur to get water by train in 15 days 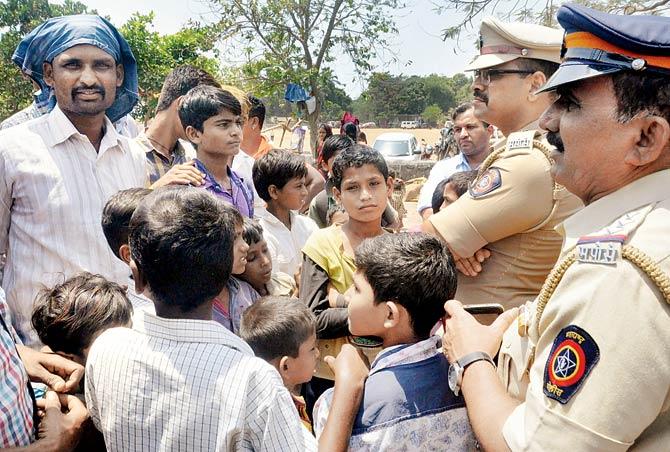 There are between 250 and 300 migrants at the temporary settlement at the RamjiNagar ground in the Bhatwadi area in Ghatkopar (W), where they have been residing for the past two months. These farmers migrated from their bone-dry villages in the Mukhed district of Nanded, as well as from Latur. 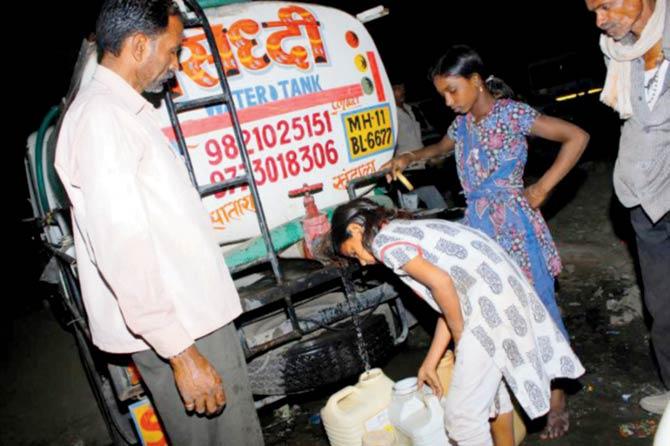 Not only did the police provide the farmers with two water tankers on Saturday, but even political parties have been sending a steady supply of water and food since then

Recently, the police learnt that scuffles were regularly taking place there between the locals and migrants because of the water scarcity, and the farmers were also fighting among themselves. Sources said the cops realised it was a serious matter after they received information that there were some anti-social elements in the area who were extorting money from the farmers for water and space to live. However, the cops said there was no formal complaint in this regard. Two people were detained on suspicion and questioned, but were allowed to go after they revealed nothing concrete.

However, moved by the farmers’ distress, the force decided to help out. Deputy Commissioner of Police (Zone VII) Dr Vinay Kumar Rathod instructed the Ghatkopar police to take a look into the situation on Saturday night.

“We realised that water is the problem, and only water is the solution. We arranged for two tankers of water for the migrant farmers on humanitarian grounds,” said Senior Inspector Vyankat Patil from the Ghatkopar police station.

Following this humanitarian gesture, leaders and activists from various political parties thronged the settlement to get political mileage from the issue. Now, the farmers are getting a steady supply of water tankers and food. Just last night, local leaders from MNS distributed rice among the farmer families.

But the community has not forgotten that it was the police that came to their aid when no one else would. Vinayak Rathod, a farmer from the Mukhed taluka, said, “It was first the police that actually looked into our problems. Then help started pouring in from political parties and we were given food as well.”

Varsha Rathod, who moved to Ghatkopar along with her husband and three kids from Nanded, said, “Local goons want us to leave the area. Few of them even hurled stones at us. My kids and I were hit by stones two days ago, but where would we go? After police intervened, no one is bothering us, for now.”

“We have a beat chowky in the area and I have instructed my men to increase patrolling there at night, and to keep an eye on anti-social elements there as well,” said Senior Inspector Patil.