The accused started mailing her objectionable photos of hers two-three months ago and started blackmailing her. She even gave him Rs 23,000 and later gathered the courage to file a police complaint, said a police officer 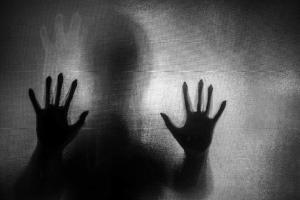 
A 45-year-old man has been arrested by the Mumbai Crime Branch for allegedly morphing photographs of a Mumbai-based woman, blackmailing her and demanding Rs 5 lakh over a past dispute. The woman was earlier employed with a surrogacy centre in Gujarat.

As per a report in The Times of India, the city crime branch arrested the accused on Thursday from his village in Rajasthan and handed him over to Matunga police, which registered an offence under Indian Penal Code sections for outraging the modesty of a woman, making threats and extortion as well as under the Information Technology Act. He has been remanded to police custody.

Police said the only connection between the accused and the woman was his live-in partner. A few years ago, when the woman was employed at the surrogacy centre, the accused's girlfriend had approached her as a would-be surrogate mother. Due to some dispute, the process fell through and she blamed the woman for it. This could be a likely reason behind the extortion, said inspector Ninad Sawant of Unit 4, crime branch.

Also Read: Mumbai: Man sentenced to two-years of rigorous imprisonment for groping a woman at CSMT

"The accused started mailing her objectionable photos of hers two-three months ago and started blackmailing her. She even gave him Rs 23,000 and later gathered the courage to file a police complaint," said Sawant. A case was registered and the man was arrested.