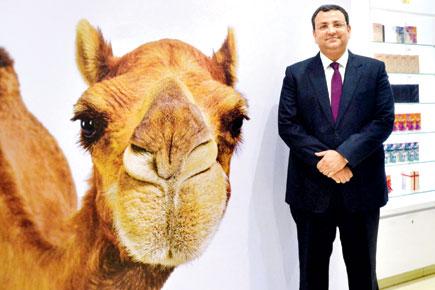 The crazy, desi oont comes to town
It was all about, 'getting the oont' at a breakfast meet held yesterday at Colaba's Taj Mahal hotel. The Tata group, which rolled out its e-commerce marketplace initiative yesterday, gave a glimpse into the venture's promotional campaign. What struck this diarist was the camel, mascot for the initiative. 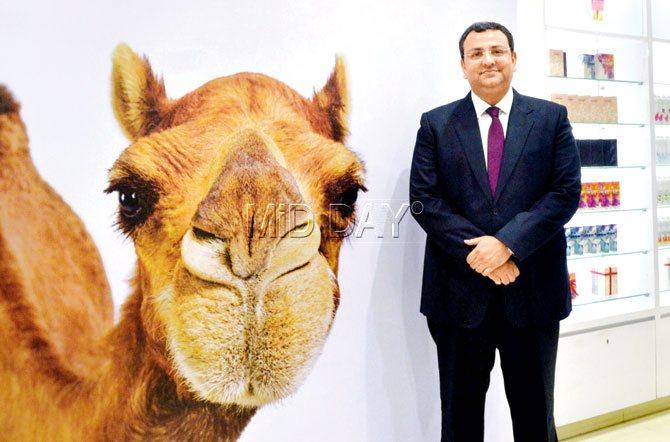 Cyrus Mistry at the launch of the e-commerce initiative at a Kala Ghoda store. Pic/Datta Kumbhar

The 'camel' became the acronym for Certified Authentic Merchandise Everyone Loves. A camel in different avatars flashed across the screen, with the catchline, 'get the oont' as the media grinned into their coffee. These camels come in crazy avatars as we discovered. 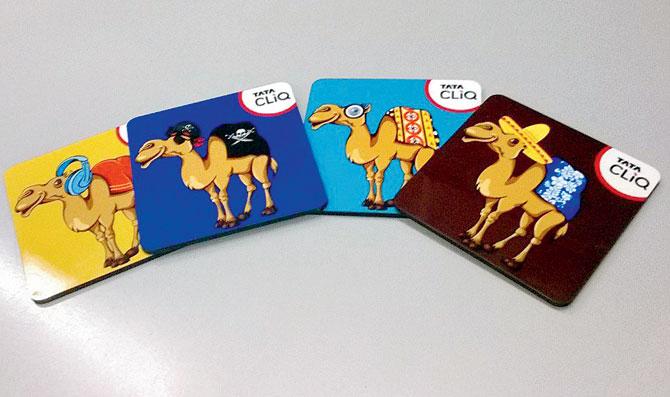 Camel coasters with the mascot

It struck a chord as we recalled spotting a similar kooky camel series across paraphernalia in glitzy Dubai, promoting a range of products from T-shirts to coffee mugs. India too now has a kooky camel of its own — the crazy, desi oont.

Shall we tell the Queen? 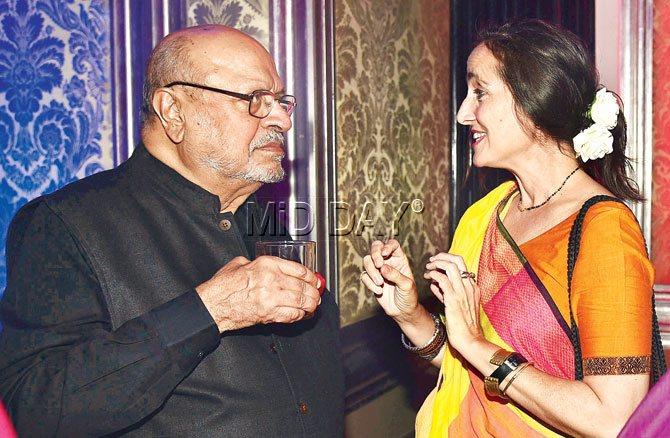 Looks like filmmaker Shyam Benegal and theatre personality Sanjna Kapoor had a lot to catch up on at the Queen's 90th birthday celebrations, held at the Taj Mahal Palace in Colaba on Thursday. Organised by the British Deputy High Commission, the event also celebrated 400 years of William Shakespeare. It was attended by the current toast of the town, Sir Ian McKellen along with bigwigs from the political, cricket and business fraternity.

Office selfies just got cooler
If our workplace had such a booth, we doubt we'd ever be on our desk. With checkered tiles and cutesy props (spot the cupcakes!), the cool room acts as an Instagram booth at Facebook's new office, which opened at BKC recently. A running theme in the social media giant's offices worldwide, the booth also exists at its HQ in the USA. 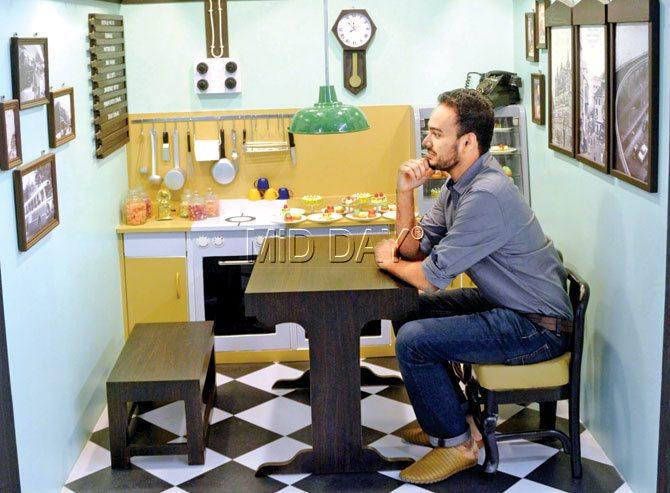 In fact, a few weeks back, Mark Zuckerberg posted a photograph of it when Selena Gomez had visited the office, calling it "our smallest room". 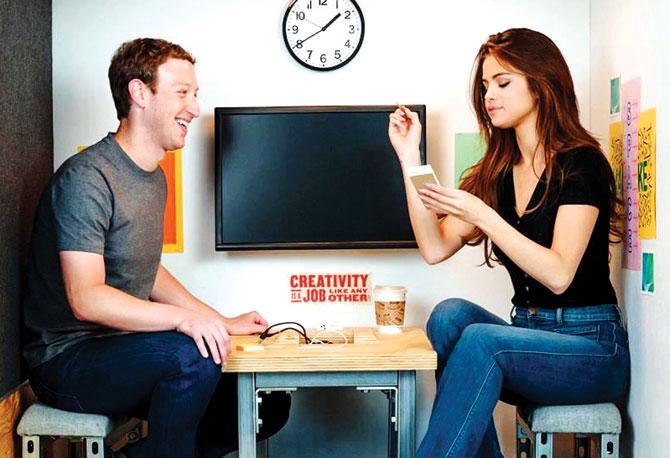 Mark Zuckerberg and Selena Gomez in a similar booth at Facebook HQ in the USA. Pic courtesy/ facebook.com/zuck

With close to 200 employees, the BKC outfit also features a huge Facebook wall and open workspaces with cubicles named after Dabbawalas and Nariman Point. 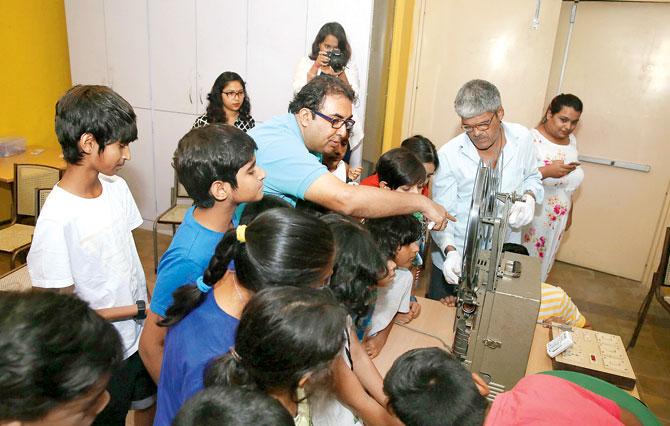 Shivendra Singh Dungarpur (centre) with participants at the workshop

The kids were shown how a vintage film projector operates and the working of film reels.

They were familiarised with the basics of motion pictures through flipbooks and were also treated to the first films dating back to 1895 that were made by the Lumière Brothers.

Swing by this beer garden
For those who love their beer freshly brewed, there's a new pub in town. Come Sunday, Kaitlyn's Beer Garden will open doors on Hill Road in Bandra. The bar will offer craft beers by different breweries in the city and in a span of two months, they will have their own brews ready. 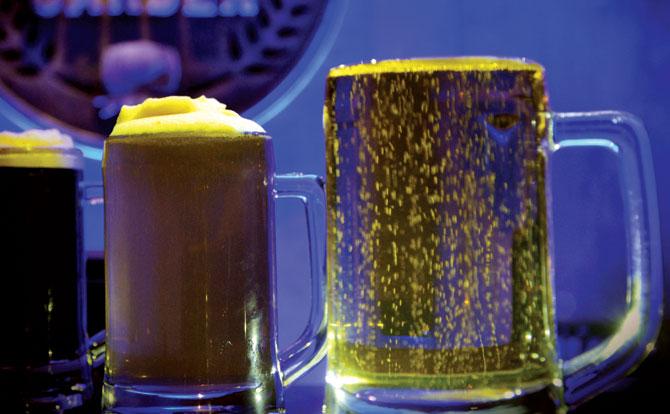 While they don't have their own micro-brewery, they will make their beers at other breweries in the city. For bites, they will have an extensive beer battered menu, paired with beer and other popular dishes such as biryani, noodles and tikkas. 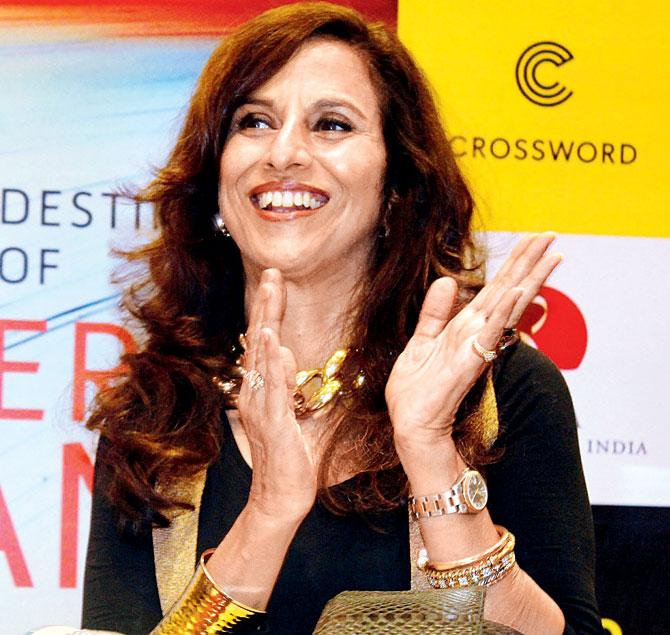