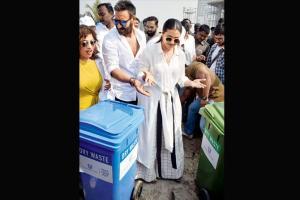 
Getting down and dirty
Actors Kajol and husband Ajay Devgn look helpless at the plastic clean-up campaign that kicked off at Mahim Creek on Saturday. Pic/Ashish Raje

Of patents and patients
Pharmaceutical giant Cipla's archive is worth emulating for all legacy companies. This diarist toured it last week and was surprised to see the effort gone into chronicling the company's eight-decade-long journey. A visitors' book from 1939, signed by both Mahatma Gandhi and Sardar Vallabhbhai Patel; a 1939 photograph of a Cipla-monogrammed van, against the Great Pyramid of Giza; a photograph from August 15, 1947, with founder Khwaja Abdul Hamied and Dr Yusuf Khwaja Hamied, current non-executive chairman, as a child, celebrating with the staff. 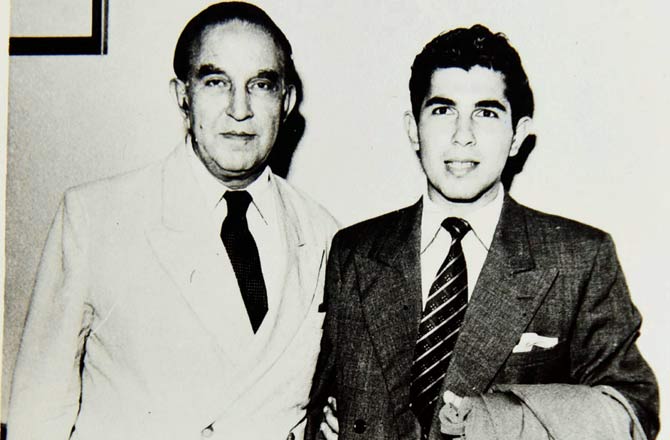 There are also letters, telegrams, brochures, photographs of the labs, catalogues, tins that contained Calcima ACD (calcium tablets), an inhaler from 1993, and paraphernalia from Dr Yusuf's world-famous HIV/AIDS offer of providing medicines for less than a dollar a day in 2001: all of these have been pieced together from different sources. MK Hamied, non-executive vice-chairman and Dr Yusuf's brother, tells us, "A few years ago, several factors such as the generational change in promoter leadership, new emerging business trends, the changing Indian and international pharmaceutical scenarios, etc, prompted introspection. The general desire in the promoter family was to ensure that Cipla's rich legacy was not lost. Cipla's story is in many ways the story of Indian pharma. Work on building the Cipla Archives repository and accumulating material, starting with oral histories, commenced in 2015." 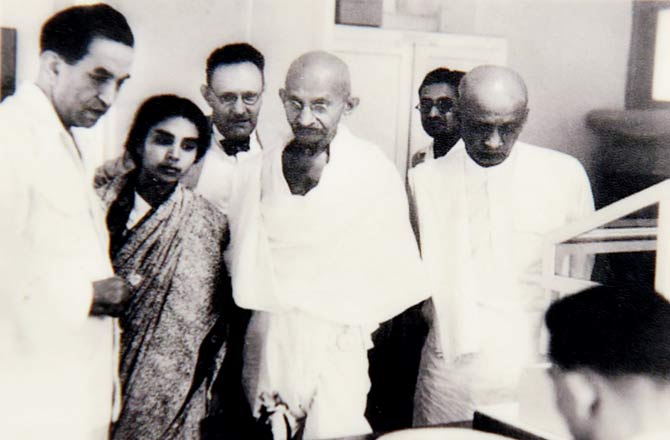 Samina Vaziralli, executive vice-chairperson and MK's daughter, says, "For me, as a third-generation Ciplaite, the Cipla Archives is the custodian and record-keeper of the rich past, present and future of Cipla. It serves as a daily reminder of the might of our legacy and the need to watch against resting on past laurels, and as motivation to keep moving onwards and upwards. In the current business atmosphere, I believe corporate archives provide that extra competitive edge. [They] demonstrate pride in the company's legacy, but also prove that we treat our legacy with the seriousness and sense of responsibility it deserves."

When one becomes a sound hound
Fusion band Oxygen has come up with a new single titled Tso, using video ambisonics, a method for recording, mixing and playing back three-dimensional 360-degree audio. The end result: you'll hear the sound from front and the back of your speaker. 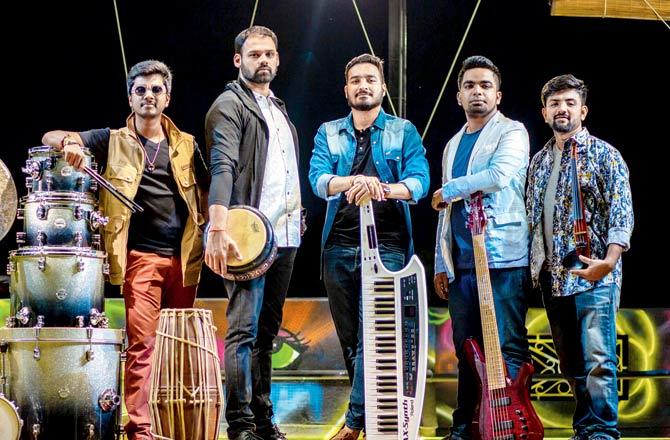 "The idea was to enable people to experience this using regular earphones. For this, we have used a pair of specialised 360 degree headphones to caliberate and translate into normal headphones. We also collaborated with sound engineer Khussh Mehta, who has mixed and mastered over 150 TVCs, and legendary Scott Hull, who has worked with Quincy Jones and Sting," says founder C Girinandh.

Emotions run high
The Mumbai racing season at the Royal Western India Turf Club witnessed The Maharashtra, Gujarat & Goa Trophy on Friday, when Emotionless managed to draw a lot of fans. Wondering who that is? Emotionless is a five-year-old horse, who won the exciting race. 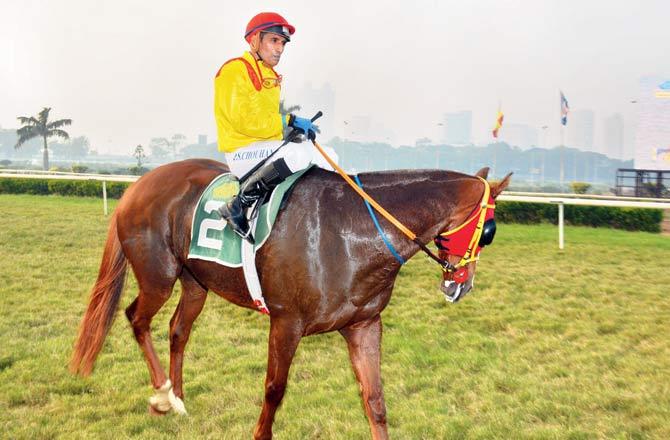 When this diarist asked his owner, Jaydev M Mody, why the animal got such a peculiar name, he shared, "My daughter named him. Honestly, even I am not certain why she chose it for him." We reckon that even though Emotionless was found shying away from the cameras, deep down he enjoyed the attention from everyone.

Laughter amidst visa blues
The Australian summer is not over where international cricket is concerned. As Virat Kohli & Co have now reached New Zealand, the Sri Lankans will challenge the Australians in Tests at Brisbane and Canberra. Just like India at the start of their series, the islanders have a chance to win a Test series in Australia for the first time. And that's what Rex Clementine, a prominent Sri Lankan cricket writer, would like to witness from his seat in the press box. 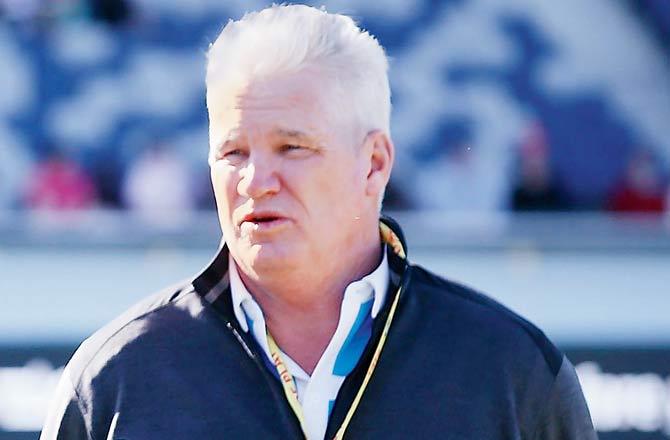 Clementine, meanwhile, was having difficulty in securing a visa to cover the tour and wrote about his plight on Facebook. In a lighter vein, he said he was asked to produce 101 documents, except a death certificate. Dean Jones, the former Australian batsman, added to the humour: "Can you bat? Because if you can, you are in," he asked before the journalist quipped: "Tell Dr David Young (Melbourne-based orthopaedic surgeon) to fix your knee soon, Deano. I am sure you can still do a better job at number 5. Anyway, you averaged 60 against us." As Deano fans in Australia will say, Good on ya, Rex!

A reel resurfaces with a story
On January 17, artist Gulammohammed Sheikh, 81, gave the Jehangir Nicholson Memorial Lecture at CSMVS, an engaging talk on a painting from the Baroda Museum: A Ruler Watching Acrobats. He also presented another lesser-known anecdote with artist Akbar Padamsee, 90, who was in the audience. 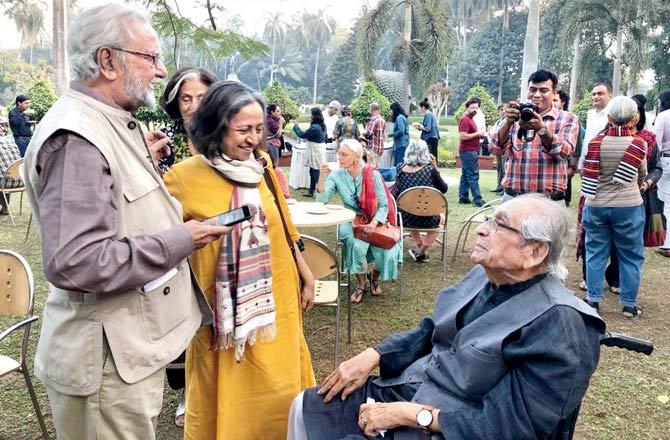 "I [had] borrowed a 16mm movie camera [it was French-made Beaulieu] around 1968-69 from Vision Exchange Workshop, under the Jawaharlal Nehru Fellowship that Mr Padamsee was running. I returned it to the workshop after shooting a documentary film on the tribal fair in Chhota Udaipur, and edited the film in the workshop on a manual editing machine. The unedited negative and the first edit positive of the film are with me. I was asking Mr Padamsee for possible contacts about converting the celluloid film in a digital format and he promised to give me details."