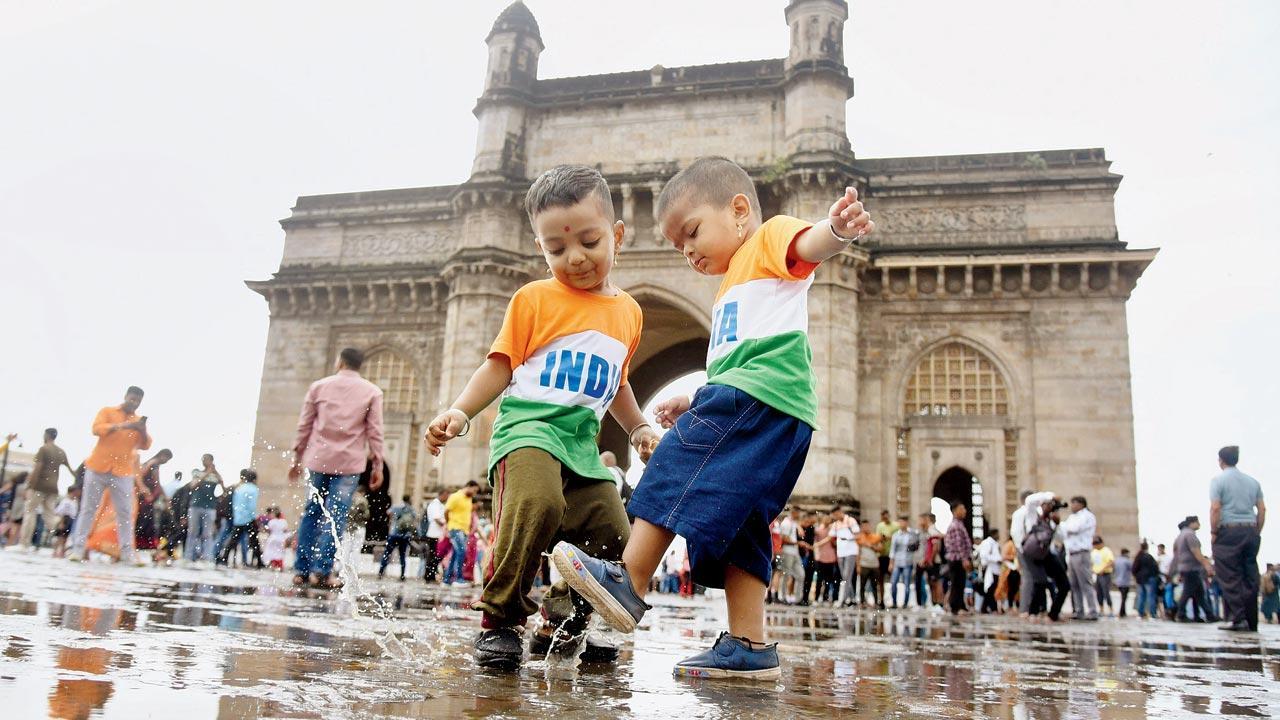 Two kids enjoy their day out wearing tricolour T-shirts on Independence Day at Gateway of India.

More power to the local resident 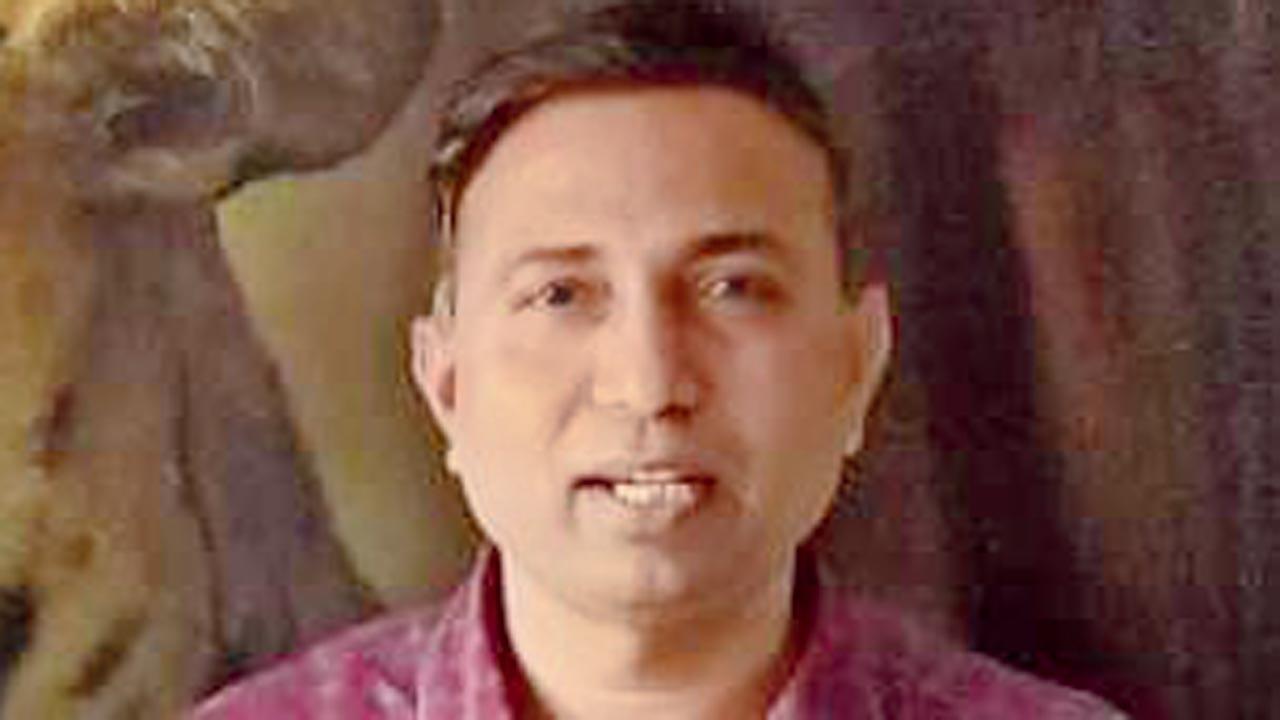 Waatavaran, a Kharghar-based non-governmental organisation (NGO) that works in hyper-local circuits to slow down climate change and its effect on vulnerable indigenous communities, recently highlighted the significance of technology in claiming land ownership. Nearly 52 tribal families from Panvel had been landless for ages. But with the help of satellite imagery and geographical information systems, the NGO was able to pinpoint pieces of forestland that belong to these families. Following that arduous process, Waatavaran applied for 76.203 acre of forestland under Individual Forest Right before the District Level Forest Rights Committee this month. Bhagwan Kesbhat (inset), founder and chief executive officer of the NGO, shared, “Evidence is key to identify and file a petition for such land. These families from areas like Karambeli, Bhalyachi Wadi and Yermal do not have supporting documents. There’s no social sanction either. Satellite imagery helped us in demarcating plots and only then, we could prepare our application. Our objective is to help the local communities realise their rights.”

United by chords of harmony 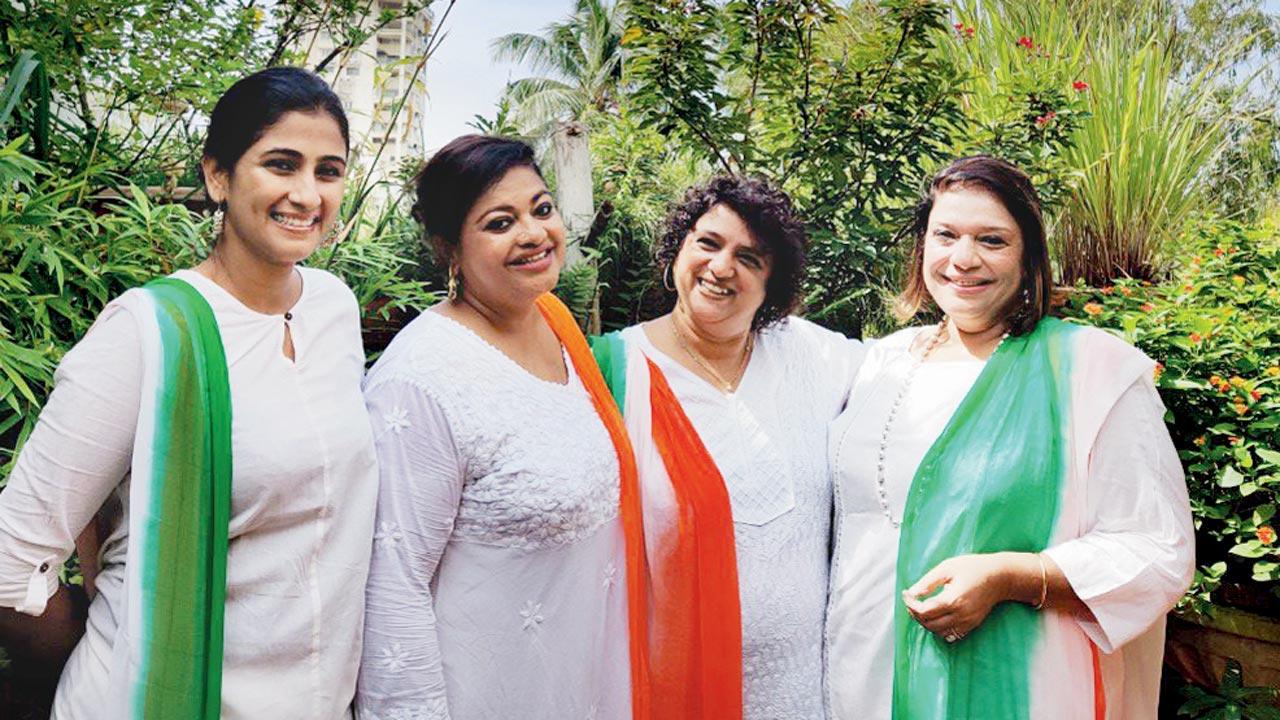 Harmony, of different notes and beliefs, struck a chord with this diarist when she chanced upon a soulful rendition of the National Anthem created by an all-woman quartet from the city. Just over a minute long, the video featured The Sassy Songbirds, a choir of Marie Paul, Ella Atai, Karen Dsouza and Mimosa Almeida Pinto, harmonising amid a patch of green in Bandra. “We have been singing together [as a group] since 2020. With every composition, I try to rearrange the notes. With this composition, I wanted it to be a little different — something that showcases our harmony and our individual talents, whether it’s in a song or in a broader sense, the country,” shared Pinto about the inspiration.

Open-air studio on the Mount 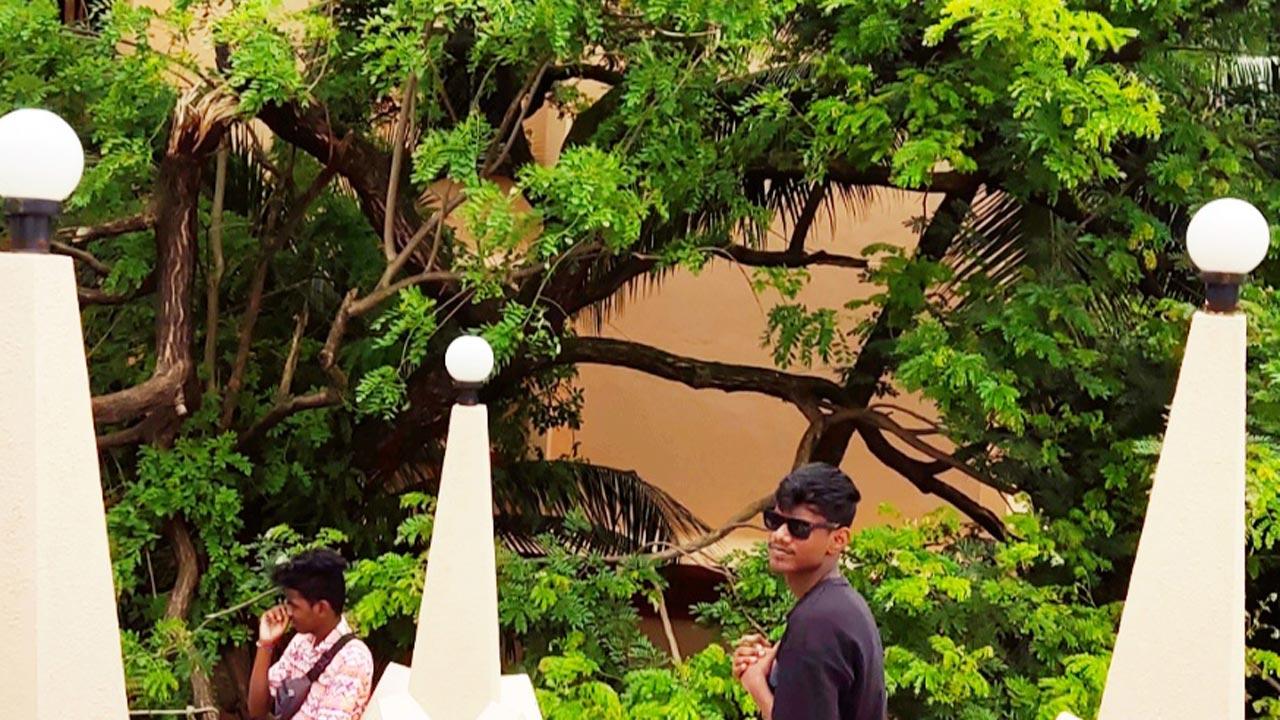 A few models pose by the steps

This diarist made her way to Mount Mary’s Basilica in Bandra recently for some divine intervention — the most popular reason why we Mumbaikars are seen at the premises. Now, the drill is predictable for most — head to the main place of worship, and later head to the stairway located directly opposite the sanctum that leads to a statue of the much-venerated Mother Mary. Those in a rush like yours truly was, make a dash to the latter. Except that this time, apart from worshippers, we noticed a new specimen creating a nuisance by the steps — the portfolio-seeker. With a stunning, panoramic view and the sea as the backdrop, it was only a matter of time before this site would be run over by this junta. Despite glaring stares from the faithful who must have been hoping that the cacophony wouldn’t drown their prayers to the Mother, the tribe carried on with their business. We added a prayer to our list, and are hopeful that the One would hear and answer it in due time.

A reading for midnight’s child 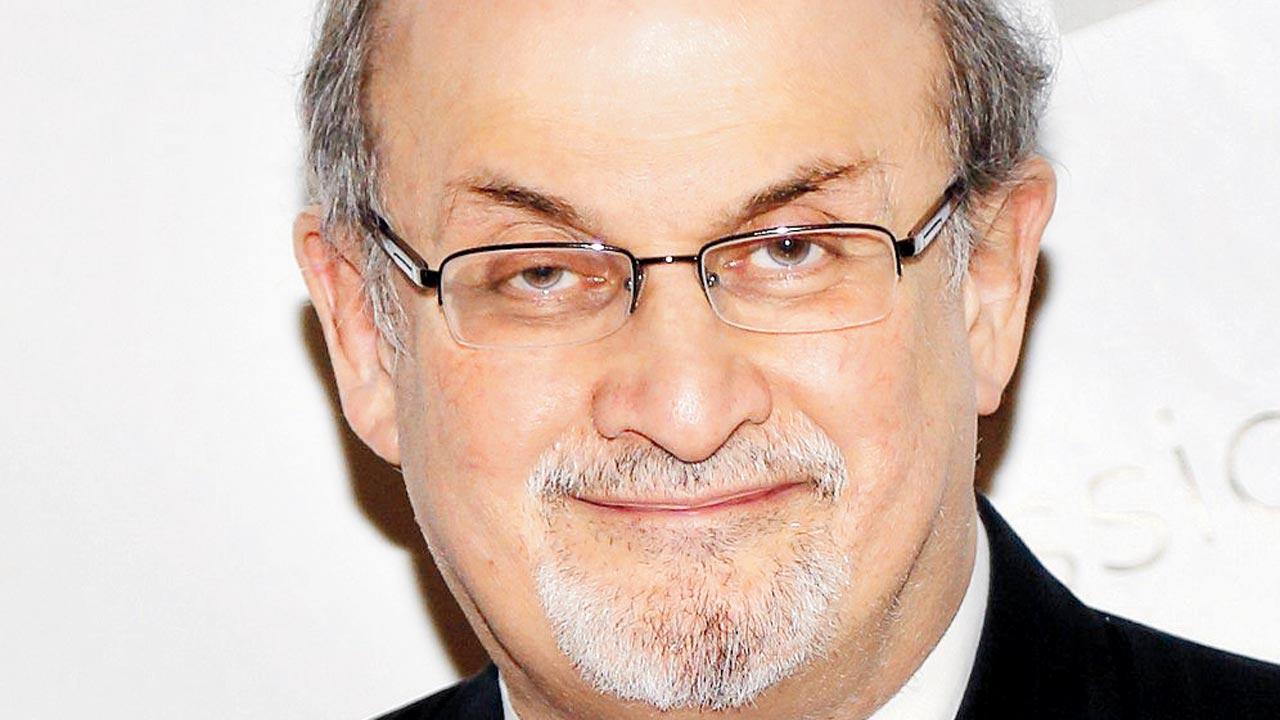 Even as he recovers from a dastardly attack, Salman Rushdie will make his presence felt in the city this week. Dr Shehernaz Nalwalla, vice-president of the Asiatic Society of Mumbai’s managing committee shared that the Society will host a reading of the author’s Booker Prize-winning novel, Midnight’s Children, tomorrow. “This is India at 75, and Salman Rushdie (inset) is a midnight’s child born close to Independence Day on June 19, 1947. The choice was in line with our celebrations for the 75th year.” She reminded us that Rushdie’s novel captured the nostalgia of a newborn nation. “He is a Mumbai boy, with a close connection to the city,” she added. While the recent attack on the author in New York state is a travesty, Nalwalla said the reading would be in solidarity for the freedom of expression, as well as the his ability to immortalise India in literary history. 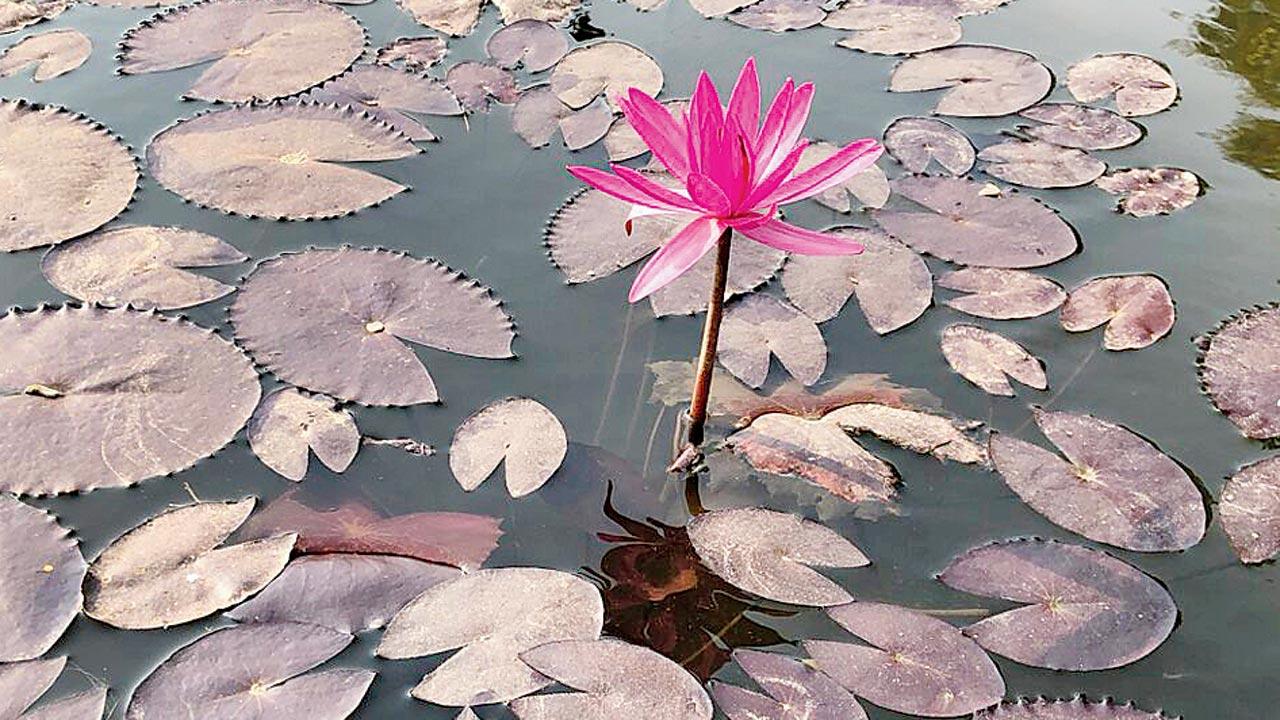 A still from Kejriwal’s The Timekeeper. Pic Courtesy/@woohoochild

Freedom seems to have found new expression in photographer-writer Rohini Kejriwal’s photo poem, The Timekeeper, which was picked as one of the 75 artworks that is part of the Goethe Institut’s series on Freedom. “I wanted to explore something related to my ADHD diagnosis. I was using visuals as a way to understand and process a lot of things that I was going through,” Kejriwal told us. The photo poem captured Kejriwal’s relationship with time through her own lens, and that of another favourite subject — nature. “I guess nature frees me in many ways, and that is how I related it to the subject I was given,” she said, while enjoying a quiet holiday in the mountains.

Next Story : Mumbaikars, here’s what to do with your ghar ka tiranga