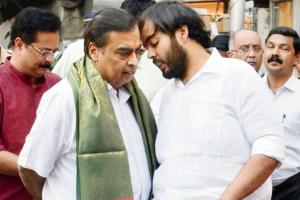 When is it my turn?
After sister Isha Ambani married Anand Piramal a few months ago, Anant Ambani and dad Mukesh arrived at Siddhivinayak temple on Monday to offer the invitation card to Akash's wedding, to Bappa. Anant is said to be dating Radhika Merchant. Pic/Ashish Raje

A writer's relief
Back in September last year, while speaking about his latest venture Project Dastaan, Sam Dalrymple, the son of acclaimed historian William Dalrymple, had told this diarist how his father was busy working on his next book in his Delhi home. On Sunday, William Dalrymple announced that his next title will be released in early October and will be published by Bloomsbury. "I am very happy to say that on Friday night, at around 9.30pm, after five years work and 160,000 words, I finally finished The Anarchy: The Fall of the Mughal Empire and the Rise of the East India Company, 1599-1803," he shared.

Not a smooth ride, this
When Mumbai-based musician Abhinav Khokhar, who's played more than 40 gigs with his Charlie Chadwick Folding bass, travelled from Patna to Mumbai on February 9, he was expecting the journey to be as smooth as always. As his flight was delayed by an hour, Khokhar, who was running late for a performance in Colaba, rushed to the venue as soon as he landed. But he was in for a nasty surprise when he discovered that the '2.4 lakh instrument was covered in multiple cracks. "This was despite the fact that it had more than 20 fragile stickers, including a fresh one. When I called [the budget airline], they told me they couldn't register a complaint as I hadn't registered it at the airport... I had even paid excess baggage for it," Khokhar told this diarist. There are no luthiers in Mumbai who repair double basses. "For that, it has to be flown to Kolkata... which would cost me '50,000 upwards. And that's if it can be repaired," Khokhar rued. 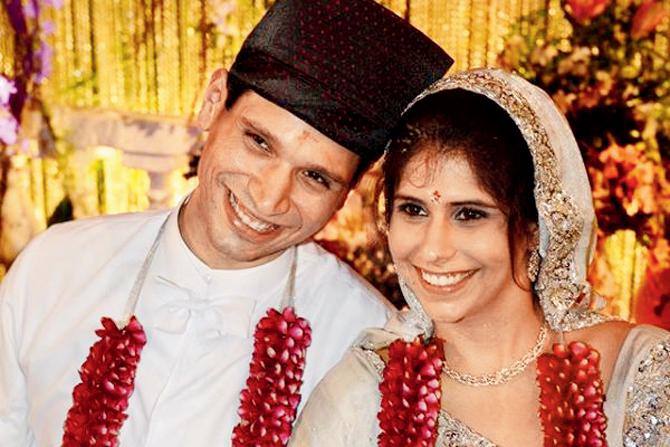 Bawas take the Insta route
"There's more of us than you think. Sharing our stories, one Bawa at a time. Get featured by sending us an email (and completing full DNA test :D)," reads the bio for a new Instagram handle, We The Bawas. In keeping with this tongue-in-cheek style, the page boasts five posts so far, each featuring the story of a member of the Parsi community of the city, from the global head of the youth wing of the World Zoroastrian Chamber of Commerce who was forgiven by a boat owner when he jumped off a speedboat "because I was Parsi and he understood we were slightly crazy" to quirky snippets from the lives of the handle's co-founders. "There's more to Parsis than the stereotypes and that's what we want to share," says Perzen Patel who runs a Parsi gourmet kitchen and started the page with travel and food blogger Zenia Irani. "We don't get into the question of religious identity and whoever identifies as a Parsi can write in," she clarified.

When stout stood out
This diarist happened to be at the Tapped Craft Beer Festival on Sunday. A buzzing atmosphere amid the sprawling lawns inside Mahalaxmi Race Course, the festival transformed into a converging point for the city's foodies. From Devika Manjrekar to Saransh Goila, Thomas Zacharias, Gauri Devidayal and Nikita Gupta, they were all there, chilling with friends, booze and grub. By 8.30 pm, however, most beer stations were only left with stout, and by closing time, it was all they had, leaving cider-loving yuppies a tad disappointed. Food, too, ran out before waiting in the queues did. While this was indication of the event's success, it also pointed towards Mumbai's palate when it comes to beer. Hailed as one of the best variants world over, the creamy, smooth, brew was obviously not the first choice for attendees of the fest. You can call it a shame, but it also meant more for those who enjoy the dark beer.

Bald is beautiful
Last week, this newspaper had reported on a unique initiative by an NGO that works in the area of holistic cancer care. To eliminate stigma attached to hair loss during treatment and promote hair donation, the organisation conceptualised #BaldIsHappy, an open-air event at Bandra Fort on Sunday, where people could donate their hair for wig-making, or shave it off in support of the cause.

The event turned out to be quite successful. "We invited 200 cancer patients from Dr E Borges Memorial Home in Bandra, who watched more than 60 people donate or shave off their hair. There was live music and contestants from dance reality shows extended their support through their performances, too," the organisers told this diarist. Celebrity hair stylist Sapna Bhavnani was present with her team to help people donate their tresses. The NGO plans to make this an ongoing activity, where 1,000 wigs can be made in a year.