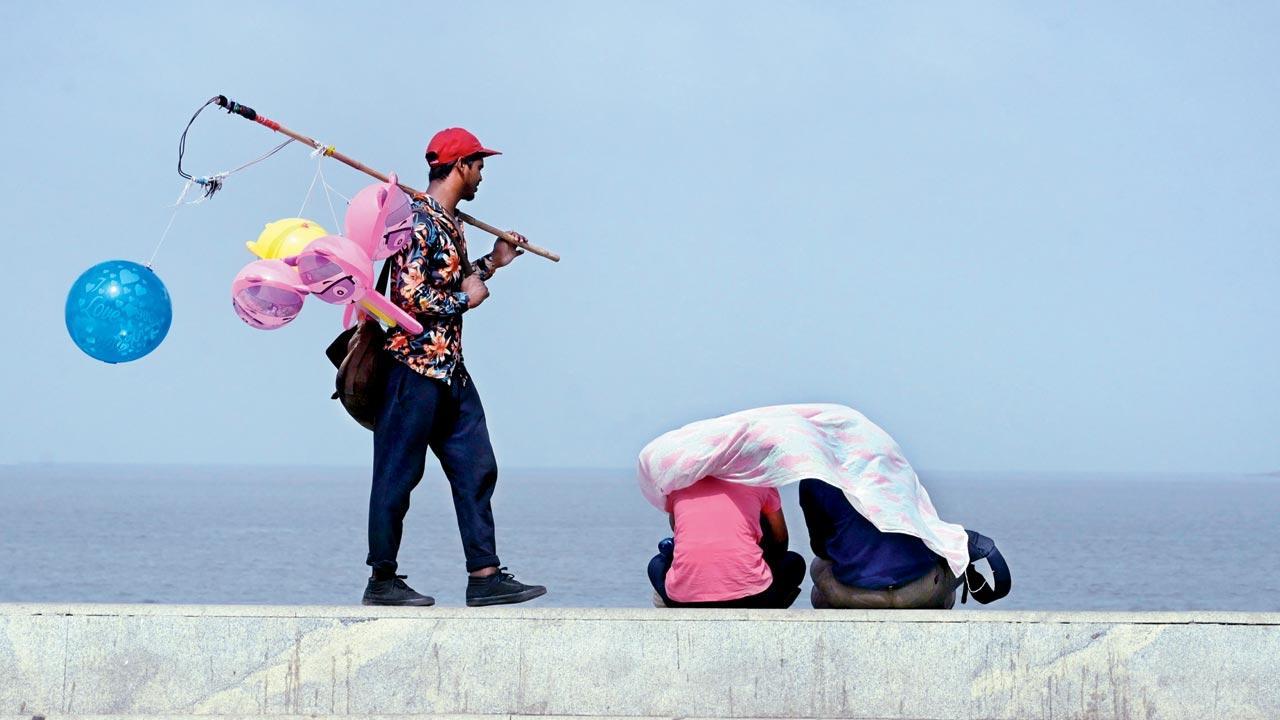 A balloon-seller gapes at a man and woman seated at Marine Drive with a dupatta as their shield from the hot sun. 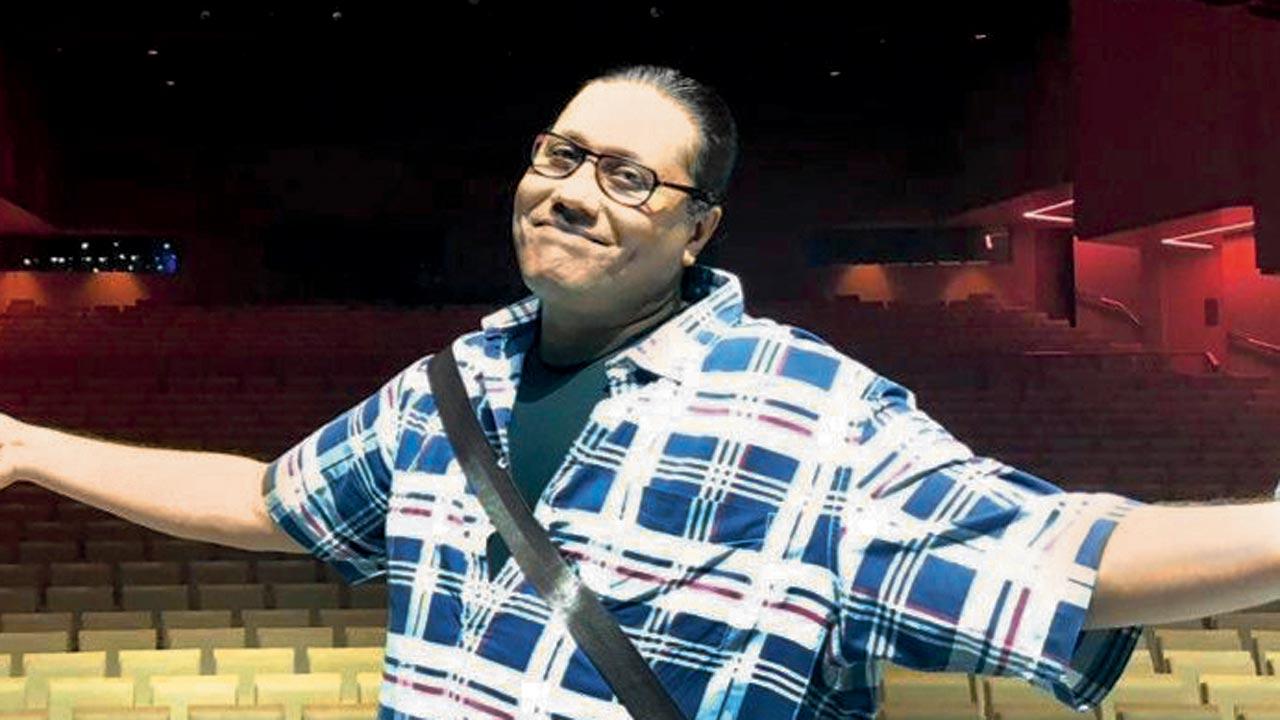 Digital interfaces might have helped parents engage children in educational activities in the pandemic; however, prolonged screen-time affected their health. A new drama, Anything’s Possible to be staged at Prithvi Theatre today, hopes to take kids into the world of real magic. Joy Fernandes, its director, told us, “Today’s kids are assailed with screen-driven interactions. This play, with no reference to the digital world, will excite young minds in an old-fashioned way, and ensure they get a healthy dose of laughter.”

A croaking time in the rains 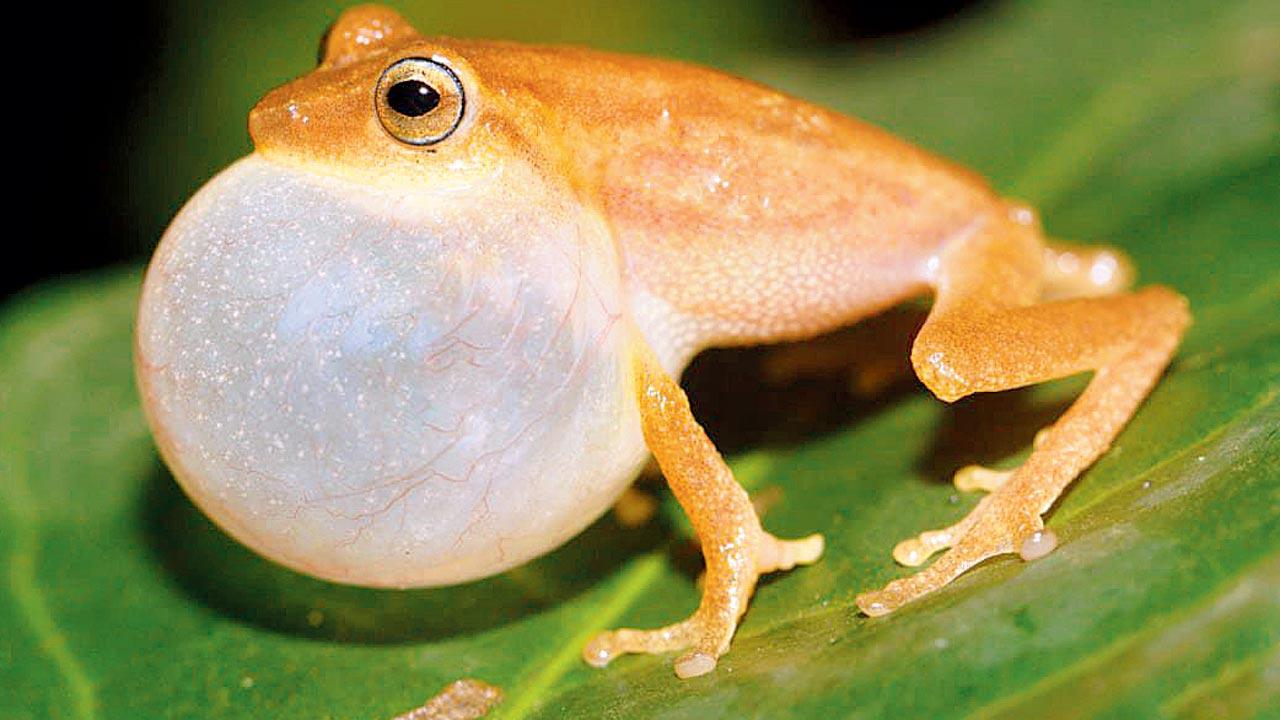 Every year, the arrival of monsoons brings with it the yellow bush frog  in Karnataka’s Western Ghats. Also seen enjoying the wild are Ponmudi bush frogs, night frogs, dancing frogs and their other croaking friends. Amphibian-lovers, if you’d like to spot these frogs, along with some slithering snakes, city-based eco tour group Vanvasm is hosting a herping trip in July. Co-owner Rachit Parekh told us that the trip would begin from Udupi and end in Coorg via Kudremukh. “Many species are endemic to Kudremukh and Coorg; we will try to locate these,” he shared. Head to @vanvasm to sign up. 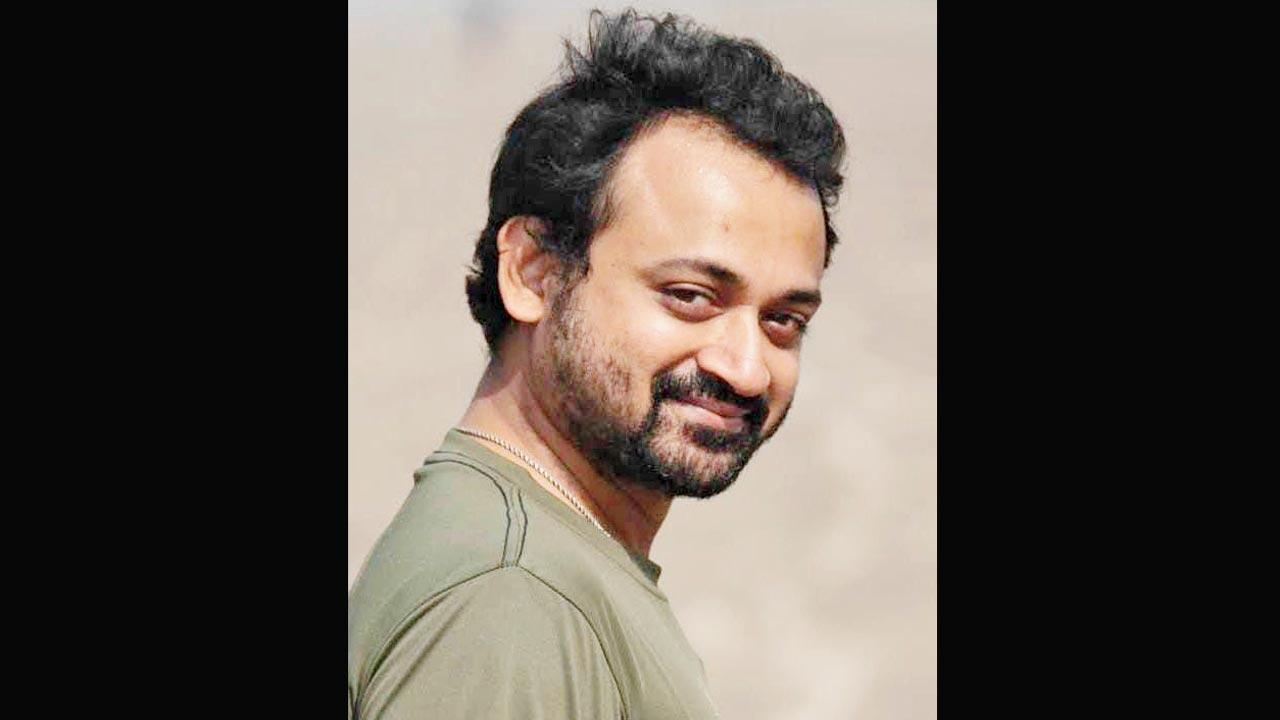 Museum in a sketchbook 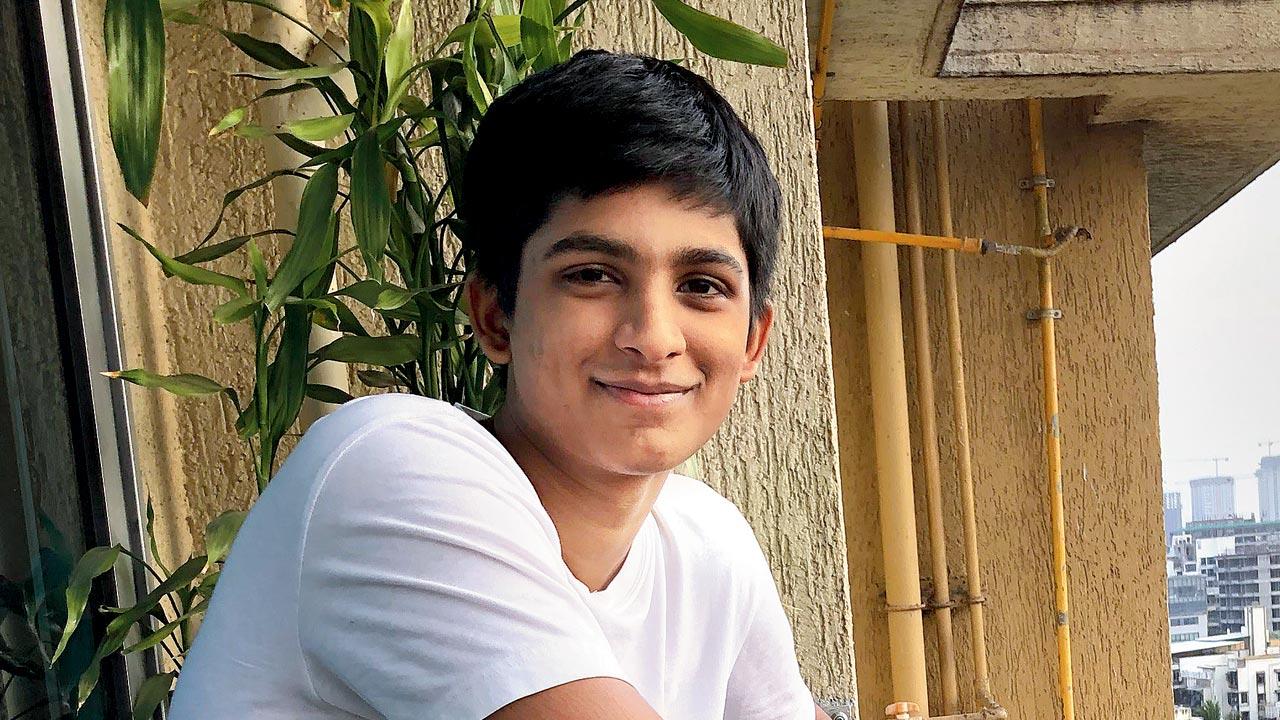 While scrolling through Instagram, this diarist’s curiosity was piqued when she spotted an image shared by Chhatrapati Shivaji Maharaj Vastu Sangrahalaya (CSMVS). It was an artwork by artist Zahid Satare that was snapped while he was making a live sketch of the museum’s interiors. We reached out to the second-year architecture student who told us that he only recently learnt that the museum is designed in the Indo-Saracenic style. “I had planned my visit in advance; the picture of the building is so fascinating that I couldn’t wait to do a live sketch,” he shared. After exploring the building, the 19-year-old decided to position his sketch below the central dome, which is modelled after Gol Gumbaz in Bijapur. “From where I stood, I could see three different styles that were adopted during the making of this structure,” Satare told us. The young artist has previously sketched the Gateway of India and also, local residences around Karnataka from his recent trip to the state. 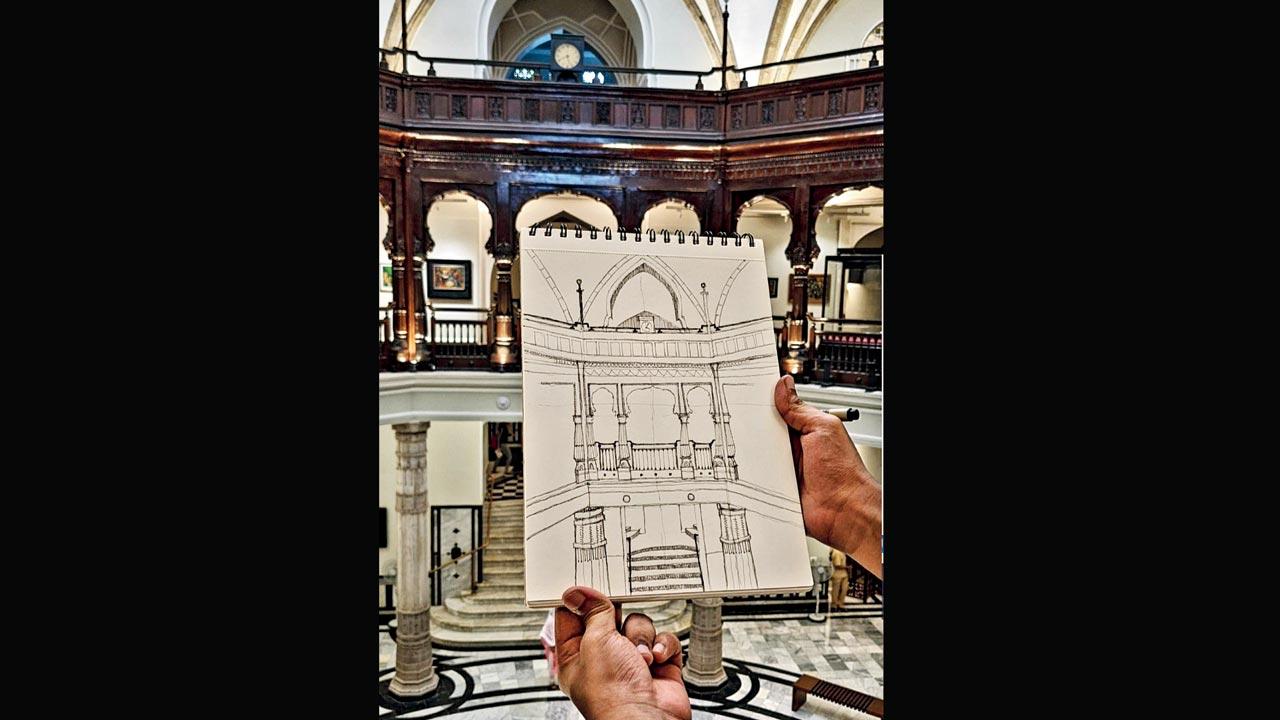 Zahid Satare’s sketch against the central dome of CSMVS Have you been crooning to genre-melding singer Justin Bieber’s latest release, As I am? Have you been keeping track of his personal and professional achievements in a scrapbook? This could probably be your golden chance to jam with the Canadian superstar, as his exclusive global tour — Justice World Tour — is set to rock the stage at Delhi’s Jawaharlal Nehru Stadium on October 18. The world tour promoted by AEG Presents is centred on his successful eighth No. 1 album, Justice. It has sold over eight million copies globally, and was nominated for eight Grammys, including Album Of The Year. All we can say is “Come October!” 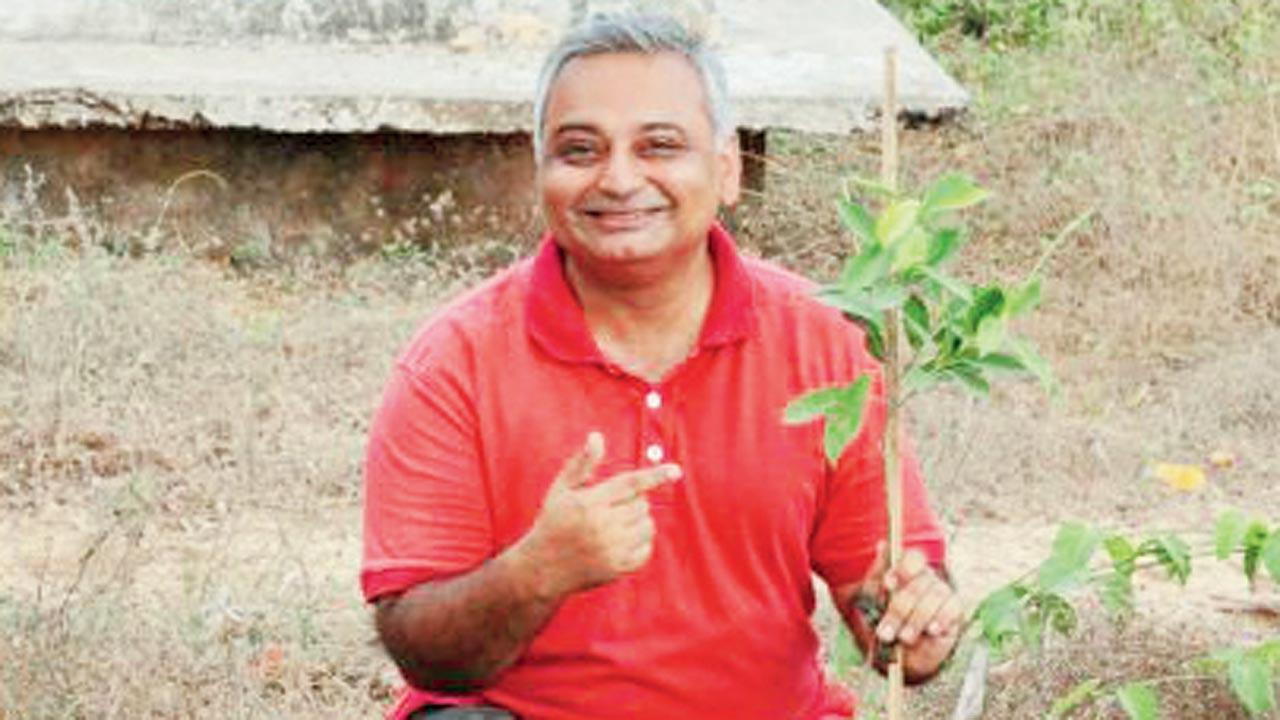 What are your plans for World Environment Day (June 5)? If you don’t have any, Mission Green Mumbai (MGM), a citizens’ movement that raises awareness about natural ecosystems, might be a good idea to sign up for. They are planning a plantation drive along with the BMC that falls under Mumbai Climate Action Plan and Majhi Vasundhara Abhiyan. “We announced the drive two days ago, and 162 participants have already signed up for it. To manage growing numbers, we won’t restrict our plantation activities to June 5 alone. The celebrations will begin by May-end across the city,” shared Subhajit Mukherjee, founder, MGM. A major section of the initiative will be carried out in Kandivali’s Pramod Navalkar Udyan. “Attendees will be welcomed with lassi to beat the heat. They will learn about rainwater harvesting, and will carry a few plant saplings back home,” the naturalist added.

Next Story : Eighth floor of a 7-floor building, a jhopdi, a CA’s office and even thin air