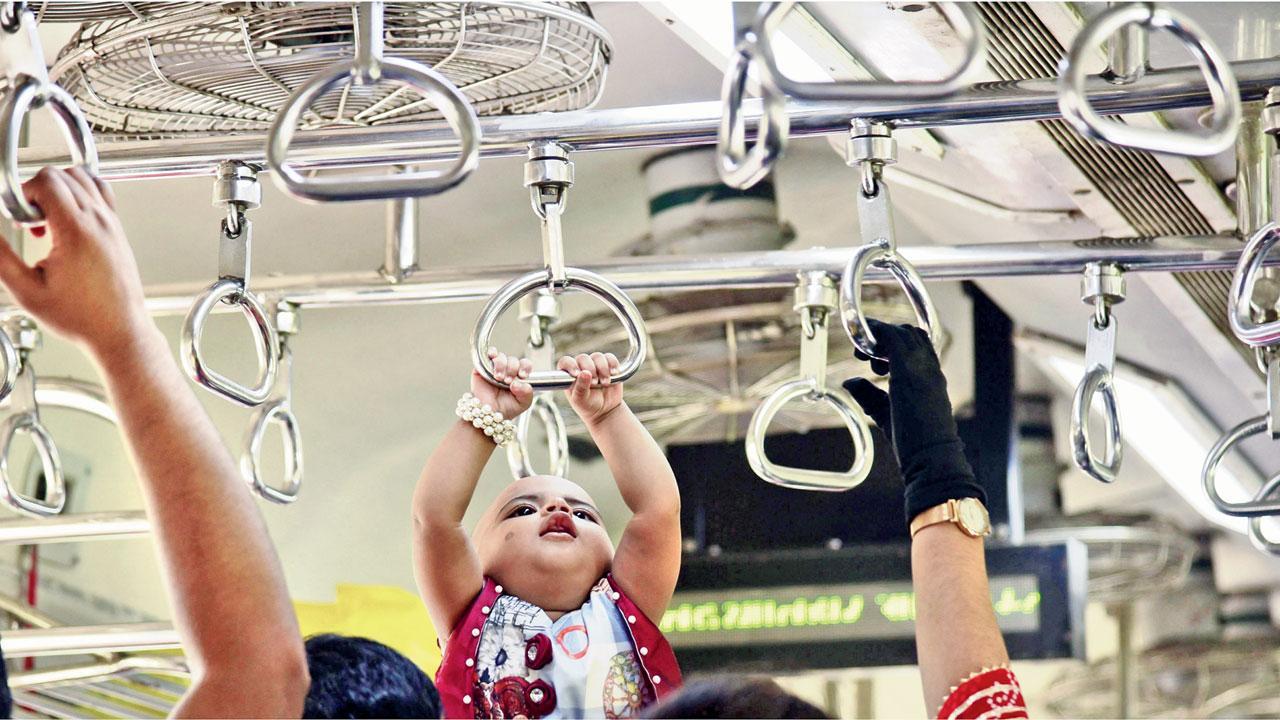 A toddler held up by its parent takes baby steps on getting used to Mumbai’s locals, on a Kalyan-bound train

A trunk call for help in Assam 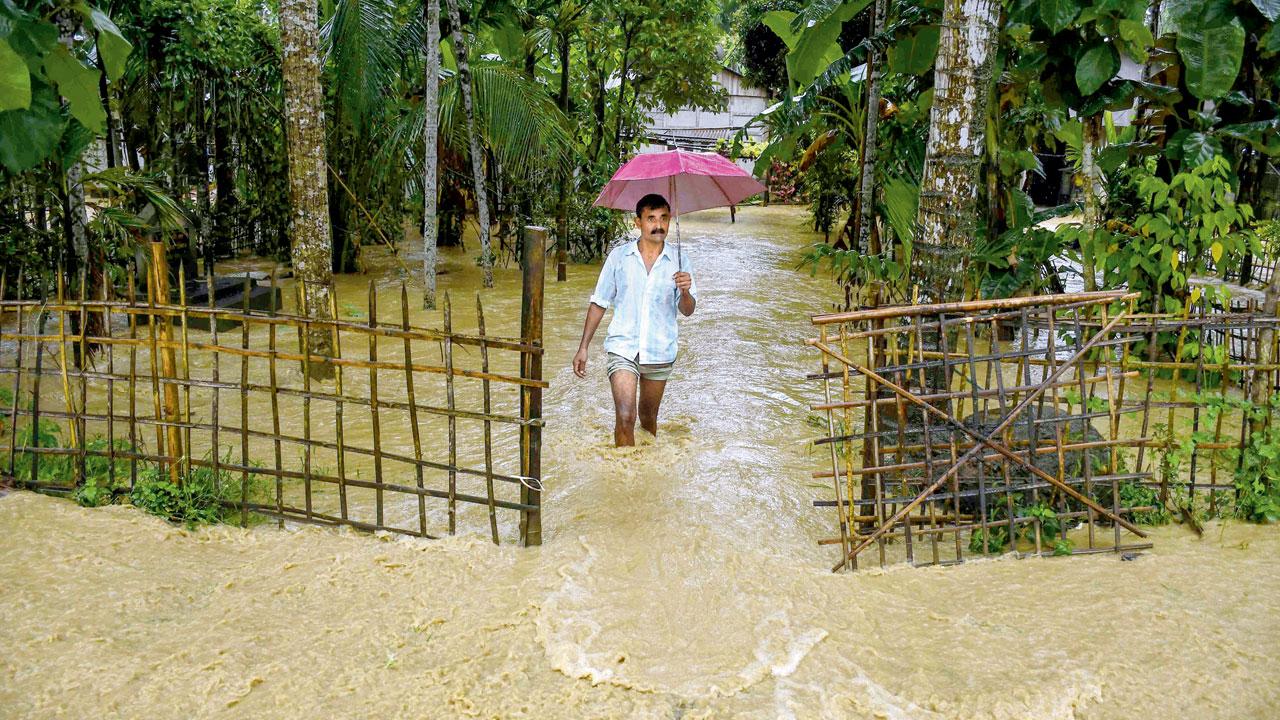 A villager wades through a flooded road in Assam. PIC COURTESY/PTI

As Assam continues to suffer the blow of heavy floods, thousands of cattle are among the worst affected. During his relief efforts for floods in Kerala, Kolhapur and the Konkan, Anand Shinde, founder of the city-based Trunk Call - The Wildlife Foundation, realised that all support during such crises goes to people — not animals. 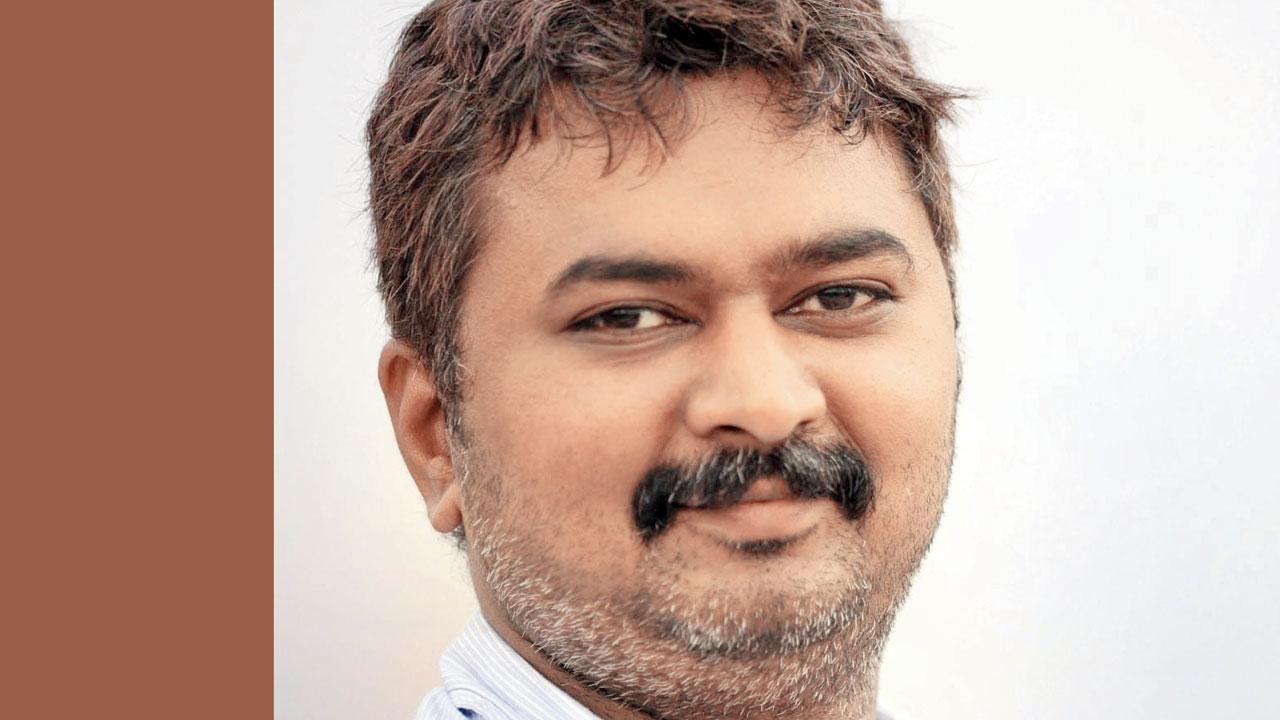 “This is why we started providing support to cattle. We also realised that stray dogs go hungry in such situations, so we send cattle feed and dog feed,” he said. The foundation has now put out a trunk call of help for the cattle affected in Assam. They are raising funds for at least 10 tonnes of cattle feed.  To lend them a hand, log on to @TrunkCall.WildLifeFoundation on Facebook. 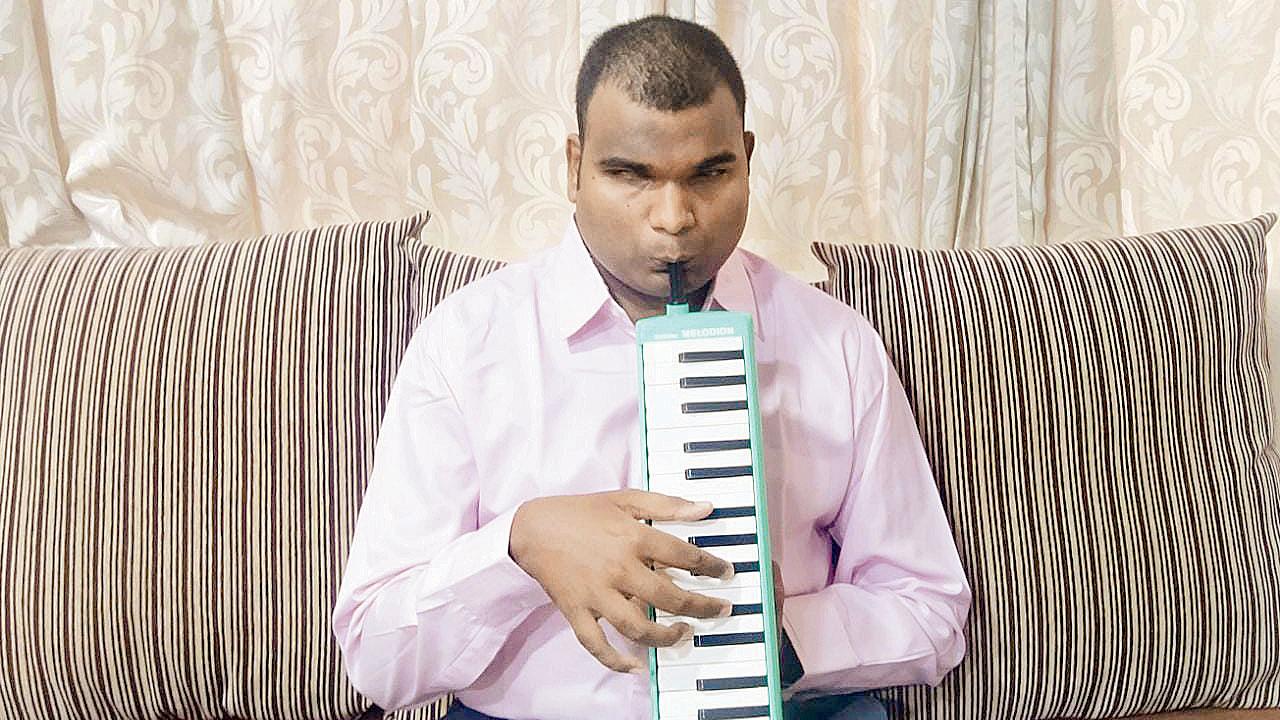 This diarist recently stumbled upon an interesting find on YouTube. Surili melodica is Mazagaon resident Siddhesh Tendolkar’s channel that has gained over 200 subscribers in two weeks. He doesn’t let visual impairment stop him from pursuing his love for playing the melodica, and has mastered it without any professional help. “I have been learning it since I was in school. However, it was during the pandemic that I could rehearse properly,” said the Ruia College alumnus, who has completed a course on flavour analysis. Head to YouTube to hear him belt out some familiar tunes.

A garden certified by butterflies 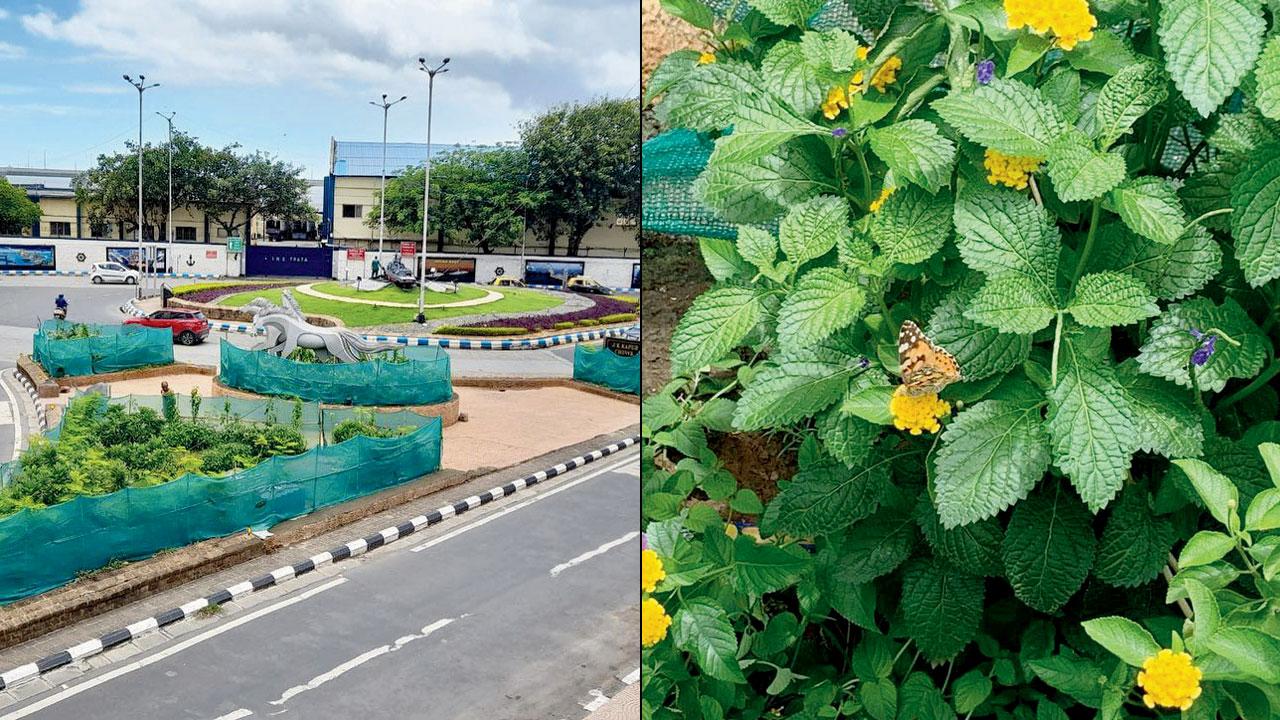 Worli has got another facelift, and this one has been certified by butterflies, as Dr V Shubhalaxmi (inset), founder, iNaturewatch Foundation, terms it. If you pass by Worli’s JK Kapur Chowk and find it looking lush, it’s because there’s a butterfly and bee garden at the chowk’s traffic island. Adopted by K Corp Foundation and set up by Dr Shubhalaxmi, the garden comprises host and nectar plants such as oleander, hibiscus, peacock flower and pentas planted in April on World Earth Day. 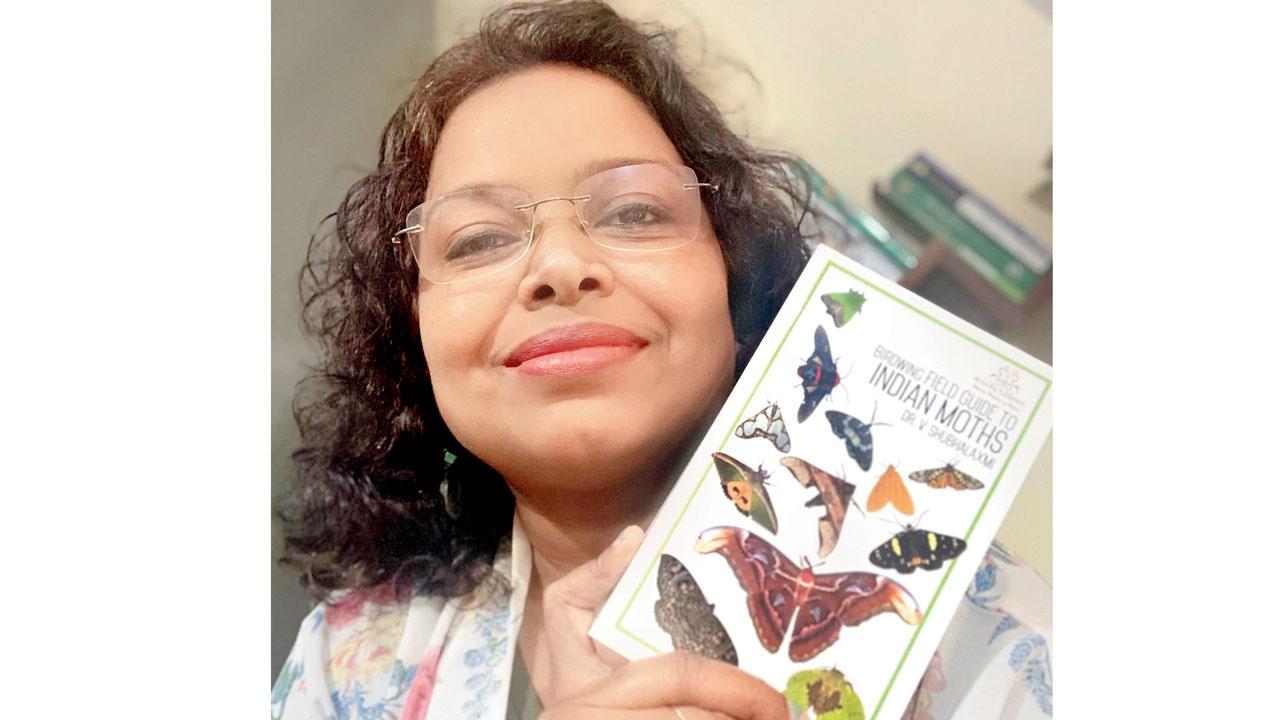 Two months later, she is thrilled to spot a Mormon butterfly laying eggs on a kadi patta plant, and seven Paint Lady butterflies (right, below). She explained to this diarist, “They lay eggs only if they feel the area is secure. These are tell-tale signs that the area is acceptable for them.” Worli residents, say hello to your winged friends.

They are the art and soul of Mumbai 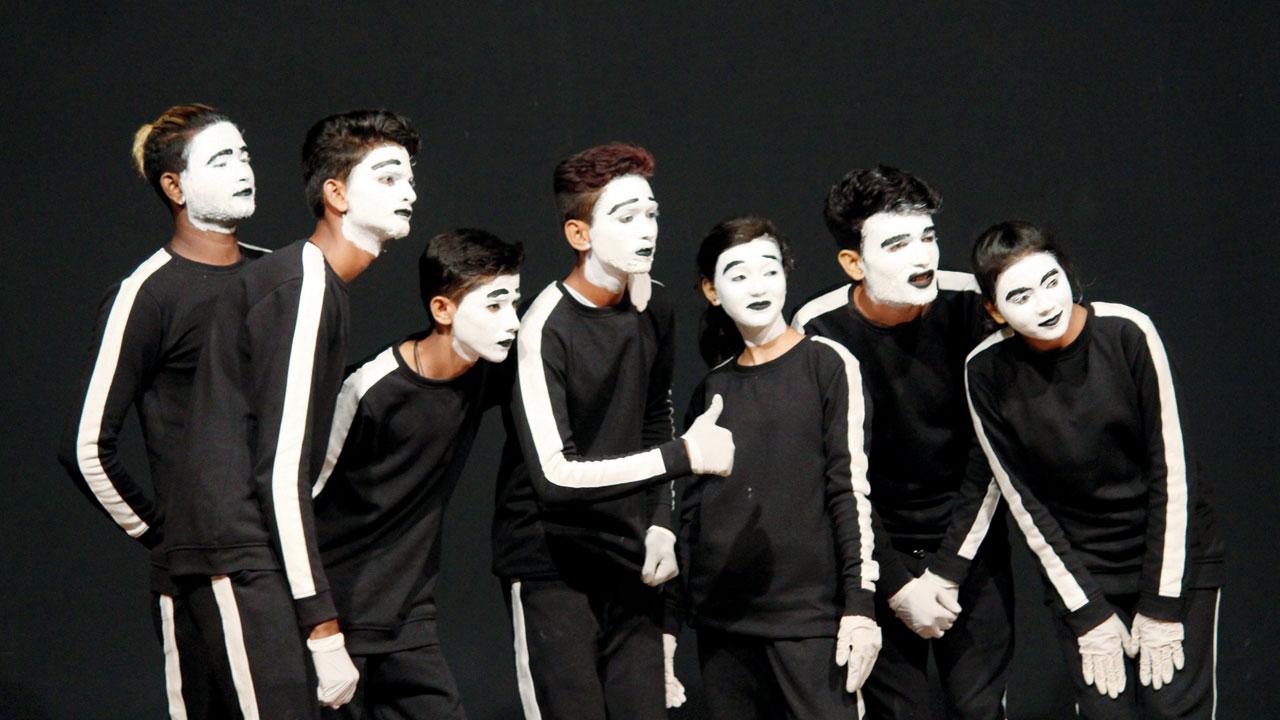 More than 50 per cent of Mumbai’s population resides in the slums, but how does the rest of the city view them? Slum-dwellers and their narratives are most often sidelined. In a show on July 2, aptly titled Yeh Bhi Hain Mumbai Meri Jaan, folks from the underserved communities of M East Ward will take the stage at Yashwantrao Chavan Center to reclaim their identity through art, music, dance and theatre. Organised by the NGO Apnalaya, the evening will feature a hard-hitting rap performance on the living conditions in Shivaji Nagar; a play on women culling their space in a patriarchal society and a piece by persons with disabilities about their experiences, among other performances. “We wish to tell all stakeholders, let us at least recognise these communities, treat them with respect and acknowledge their challenges. The idea is to make the city more inclusive towards more than half of its population,” CEO Praveen Singh told us.

Say it with prasad 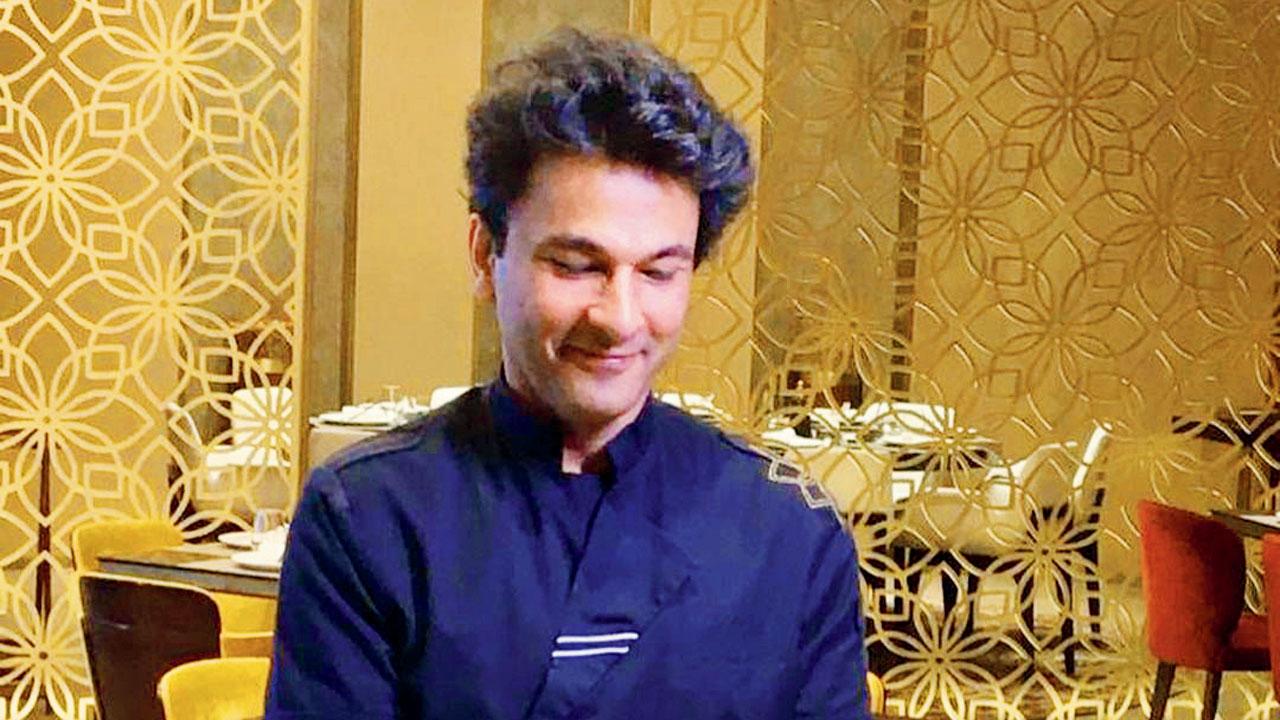 A defining aspect of religious shrines across India is the prasad and the holy offerings that are served to devotees. Chef Vikas Khanna has embarked on a journey of its varieties in his new book, Sacred Foods of India (Vedic Cosmos), which recently launched in a phygital — physical and NFT — avatar. Each NFT (non-fungible token) of the book will be minted by the platform Akshaya.io along with its digital twin, which will be connected to the physical book. It will be unique to the owner of the physical copy. The phygital avatar will ensure that the ownership of the asset cannot be duplicated. Khanna has traced the holy foods of temples, gurdwaras, dargahs, Mother Teresa’s kitchen, synagogues, monasteries and fire temples. “The book brings together recipes of prasad and food served at shrines and various holy places — something that’s integral to our culture. It encapsulates the beauty of diversity in India,” he shared.

Next Story : Kurla building collapse: This family had moved in just five days ago