Mumbai: Girl dies by accidentally strangulating herself with dupatta

According to the police, the girl was playing with her eight-year-old younger sister and six-year-old brother in the makeshift swing when the incident happened at Mira Road 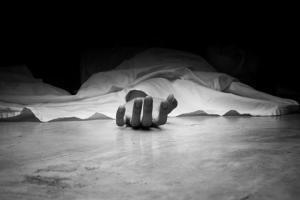 
An 11-year-old girl died in a freak accident by strangulating herself with her dupatta while playing with her younger siblings at her house at Srishti in Mira Road on Friday night. The dupatta that was tied as a makeshift swing, got stuck in her neck, leading to her death due to strangulation even before her siblings alerted their mother.

According to the police, the girl was playing with her eight-year-old younger sister and six-year-old brother in the makeshift swing when the incident happened.

The police said that the deceased was trying to climb on the swing by standing on an empty gas cylinder, during which she suddenly lost her balance, slipped and fell. The dupatta got stuck in her neck, causing her to accidentally strangulate herself.

"The girl’s younger sister alerted their mother who was in another room, of the mishap. The woman then alerted her neighbours, who took the the girl to a hospital, where the doctors declared her dead before the admission," said senior inspector Sanjay Hazare from Kashimira police station.

The officer added that a case of accidental death has been registered based on preliminary reports and the girl’s body has been sent for post-mortem.

Next Story : Mumbai: City likely to witness moderate showers for next three days