Mumbai: Mother takes on Parsi gymkhana over membership for son 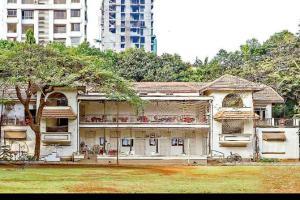 
The Dadar Parsi Colony Gymkhana management has landed in the middle of a controversy over a membership demand of 36-year-old Sanaya Dalal for her son, who has a half Parsi father. The authorities concerned have refused to provide Dalal's son membership since they say that the club's rules doesn't allow non-Parsis to be members. On the other hand, the management is considering a proposal to increase the number of days for which spouses and kids of Parsi members are allowed to visit the club.

All of it started when Dalal's five-year-old son wanted to participate in the club activities with his friends, who are members, but couldn't due to the rules. Dalal's husband is a part Parsi, as his mother is a Parsi but father a Sindhi.

Following this Dalal submitted a membership form for her son on January 9. Her application, however, got rejected. "They wrote to us that the management would consider it, but five months later they said they had closed the games membership which is for children between 5-18 years. My son wanted to spend more time with his friends. Instead of addressing the issue, those in a position of authority are choosing to deflect from it," she said.

Describing it as a form of discrimination, Dalal said it was unfair since children of Parsi men married to non-Parsi women were allowed to become members. "This is gender discrimination. They are also discriminating against children. My husband is part Parsi and we are raising our son as a zoroastrian. He will also have a Navjote ceremony. On what basis is the club denying him the right to be a member?" she asked. Dalal added that she was a member of the gymkhana and
her father was also one for 48 years.

Over the past couple of days, conservative members of the Parsi community have been criticising the idea of allowing non-Parsis to become members on social media. Reacting to this, Dalal said, "I have not asked the club to open their memberships to non-Parsis. I want them to accept my son as he is being raised as a Parsi. I haven't even asked for a membership for my husband. I'm not going to let them discriminate against my son and I won't back out of this fight." According to Gymkhana administration members, Dalal would approach the court if her son wasn't given a membership. Currently, the gymkhana allows friends and relatives of a Parsi member to visit as guests four days in a month.

One of the members said that the child would not be able to become a member as the rules only allow Parsis to be members. Speaking on condition of anonymity, a member said, "We are considering a proposal to increase the number of days for which spouses and children of members can visit the club. But a two-third majority will be needed to get the proposal approved. The matter will be discussed in the next annual general meeting."

When contacted, trustee and member, Zenobia Unwala, said, "I will not be able to comment on this as it is an internal matter."

Next Story : Youth stabbed, robbed, thrown out of share-auto at Thane