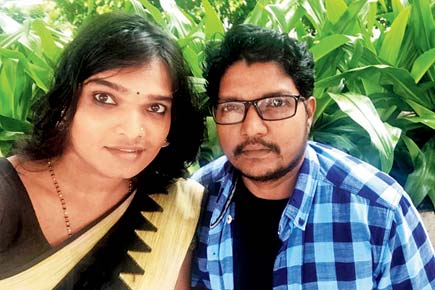 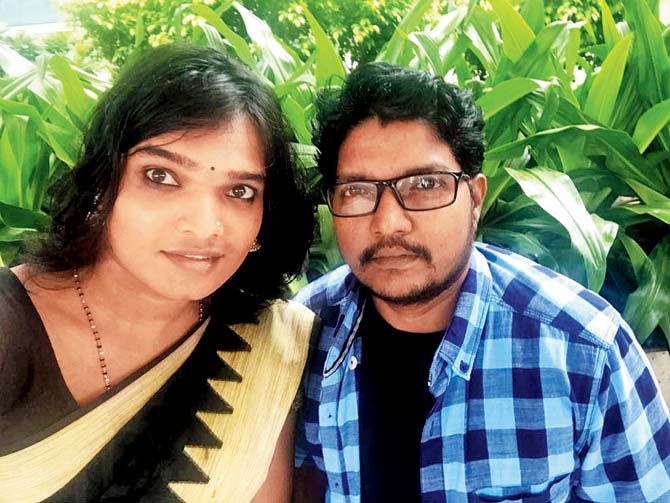 Now that their transition is nearly complete, Sukanyeah Krishnan and Aarav Appukuttan will tie the knot in September; Aarav was born as Bindu Appukuttan; Sukanyeah was born as Chandu

She was a woman trapped in a man's body; he, a man in a woman's body. Three years ago, they found each other when they came to Mumbai for gender reassignment, and the meeting ended up transitioning into love. Now, they will be united in holy matrimony next month.

Aarav Appukuttan, 46, who was born Bindu, met the woman of his dreams in a chance encounter at a hospital in Mumbai, where he had gone for gender reassignment. Sukanyeah Krishnan, 22, (born Chandu) was there for her first appointment. 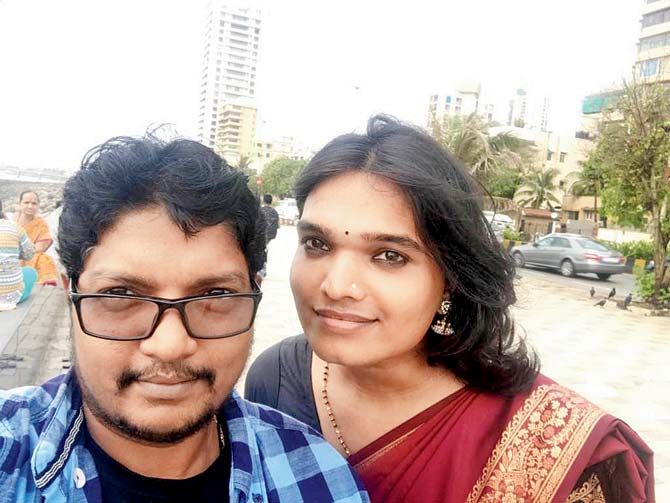 Now that their transition is nearly complete, Aarav Appukuttan and Sukanyeah will tie the knot in September

Sukanyeah recalled, "I got a call from a relative, and I was speaking to them in Malayalam about my surgery and health. When I finished my call, he was talking to someone on the phone in the same language. After disconnecting his call, Aarav came to me and asked whether I am from Kerala, after which we got talking."

Falling in love
The three-hour-long wait for the doctor gave them time to get to know each other, and they enjoyed the conversation so much, they exchanged phone numbers and continued chatting even on returning to their hometowns. 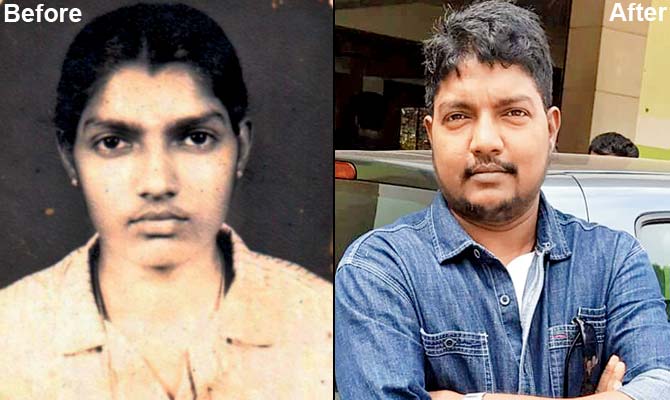 Aarav's transition from female to male is nearly over

"He went to Kerala and I returned to Bangalore, where I had moved two years ago for my job. A day later, Aarav called me and we discussed our surgeries and our treatment in detail. At first, we would speak once a week, then it became twice a week. Soon, we started talking very day," said Sukanyeah.

While their bonding began over their motherland and their common medical experiences, what brought them even closer was their desire to help others like them – both of them counselled parents with children who identified as transgender. A few months later, they decided to meet a second time and made appointments at the hospital in Mumbai on the same day.

"I didn't even realise when we fell in love. On one of our visits, we held hands and that's how it began," said Aarav, adding, "We are now planning to get married in a temple, with all the rituals. Both our families are happy for us. We have also decided to adopt a child, since we are aware that post surgery I won't be able to conceive."

Before they met
Aarav's parents died a few years ago, and his siblings live in different places. In Sukanyeah's case, her father passed away and her mother remarried, but Sukanyeah does not get along with her stepfather. Because of this, both of them came to rely on each other during their transition.

Aarav, a tour manager, recalled, "Since childhood, I had a strong feeling I was born to be a boy. When I was 13 years old, I realised I was not a woman. After I moved to Mumbai, as I wore men's clothes and cropped my hair like a boy, the women in local trains would yell at me when I boarded the ladies' compartment."

It was after Aarav went to Dubai that he gathered enough money to go for a gender reassignment surgery. "In a year, I changed totally, from female to male. Even my moustache and beard started growing," he added.

Sukanyeah too knew since childhood that she was meant to be a woman, but her family could not accept it. "They told me to wear boys' clothes and to play with boys. I would always ask them why they treated me like a boy even though I felt like a girl on the inside," she said.

From the age 12, till she turned 18, Sukanyeah suffered great humiliation, being mocked by other kids for the way she walked and talked. In an effort to 'fix the problem', her family took her to a doctor who gave her hormonal injections that resulted in several health issues, due to which she was unable to appear for her SSC examinations.

Doctors told her she could not opt for a sex change until she turned 18. On the very next day after her 18th birthday, she went back to the doctor. It took another year to convince her family, after which Sukanyeah moved to Bangalore and started working as a web designer to earn enough for the surgery, which costs Rs 8 to 10 lakh.

"Everywhere I had to work harder to prove my talent. But people at my workplace accept me as I am, even though most others do not," she said, who narrated how she was stopped from flying by Bangalore airport security when her face did not match the picture in her Aadhaar card. "I have been trying to meet PM Narendra Modi to tell him about the problems we face. I am in the process of getting a new Aadhaar card made with my new picture," she said. 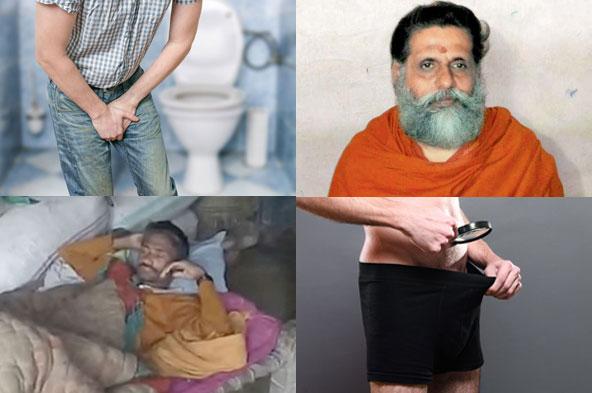