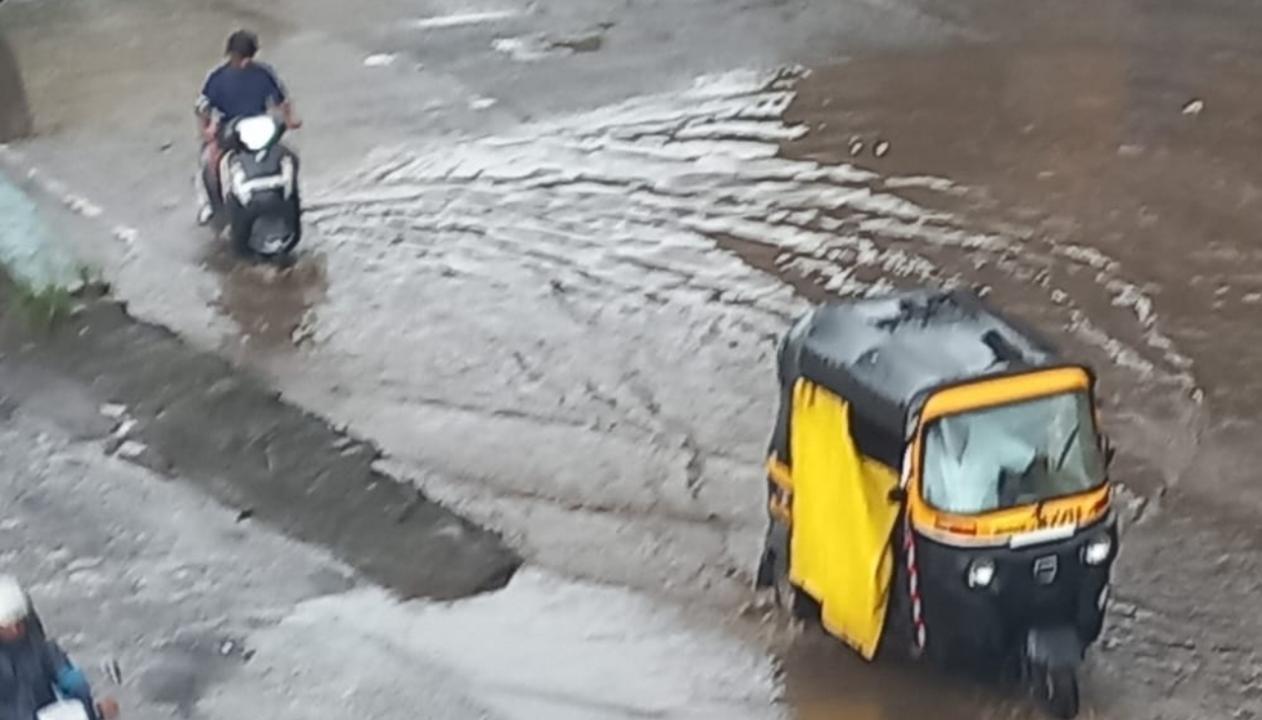 
Overnight heavy rains lashed Mumbai and more showers are predicted in the city in the next 24 hours, a civic official said on Friday.

The city has been getting heavy spells of rain since Thursday night. But there is no report of major waterlogging anywhere, except a few low-lying areas like the Andheri subway, which is shut for traffic due to water accumulation, he said.

Incessant rains and cloudy skies brought the mercury levels down and turned the weather in the city pleasant.

"Very heavy rains from overnight dark morning atmosphere is such that it feels like we are in July month," wrote Darshan Mundada, a citizen, on Twitter.
In the last 24 hours, the island city, its eastern suburbs and western suburbs recorded an average rainfall of 37.71 mm, 43.38 mm and 36.88 mm respectively, the civic official said.

The India Meteorological Department (IMD) has predicted moderate rainfall with the possibility of heavy to very heavy rainfall in the next 24 hours, he said.

According to the official, the suburban services on both Central and Western railways are running normally and the public transport services of Brihanmumbai Electric Supply and Transport (BEST) have not been diverted anywhere due to waterlogging.