One death was logged in city; active tally stood at 775 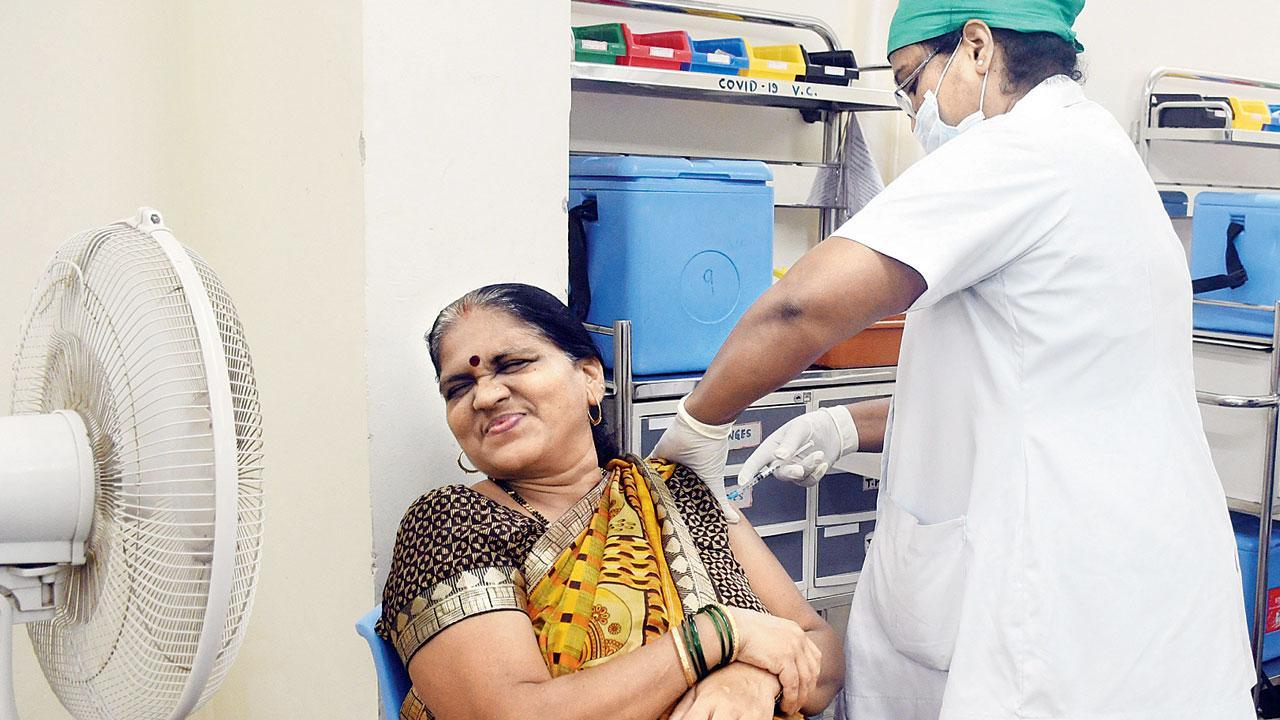 A woman gets her shot at Nair hospital. File pic


Mumbai on Thursday reported 80 Covid-19 cases and one death, which took the tally to 11,50,908 and the toll to 19,734, a civic official said. The number of daily cases was below the 100-mark after two days, the Brihanmumbai Municipal Corporation official pointed out. Of the new cases, only three are symptomatic, he added.

The caseload doubling time is 8,468 days, as per official data. Meanwhile, there were 198 new cases of coronavirus reported across the state, bringing the total case count to 81,23,453. There were no other deaths in the state except the one in Mumbai.  As many as 328 patients were discharged on Thursday, pushing the recovery count to 79,72,580. Active cases stood at 2,523. As per the state health department, the recovery rate was 98.14 per cent and fatality rate 1.82 per cent.

198
No of cases reported in Maharashtra on Thursday

1
No of deaths in Mumbai on Thursday