Mumbai's chase of the year: Stray dog chases leopard away

Rocky, a two-year-old stray who grew up at Goregaon’s Hill View society, squared up to a big cat that had strayed inside the building before dawn. The whole incident was caught on CCTV 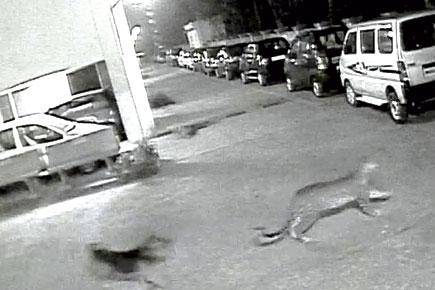 The time on the recording on the surveillance camera overlooking Hill View building near the Sanjay Gandhi National Park reads 3.37 am. 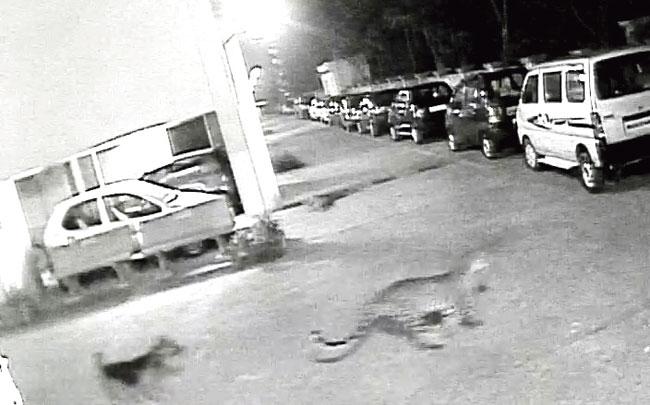 It is February 26. In the cover of dark, a cat, a fully-grown, big cat, the one with spots, sidles into the premises. Warily, without so much as a muted growl, this leopard approaches what appears to be a couple of strays lazing in the parking area near the main gate of the compound. 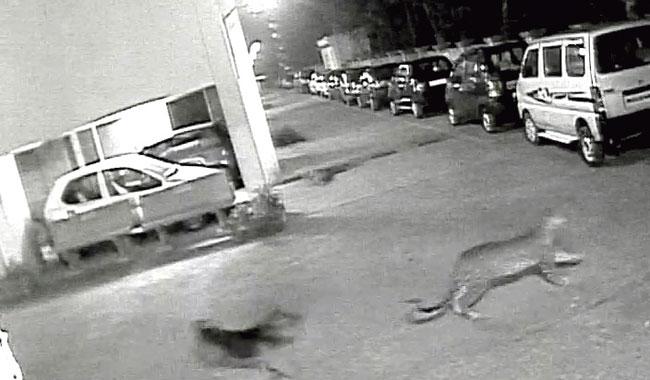 In a Darwinian world, the leopard would have sunk its fangs into one of the strays and walked away with its bloody, yowling carcass, happy to be getting an early-morning bite. 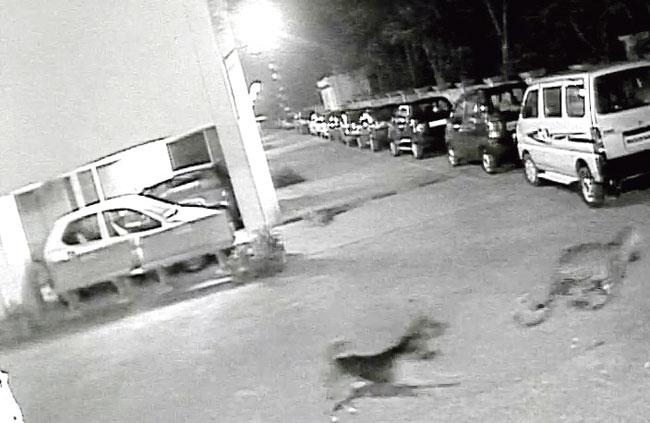 But these city dogs were in no mood to be a cat’s breakfast. In less than one minute, one of the canines, who locals call Rocky, is seen barking his head off and managing to chase away the fierce feline! 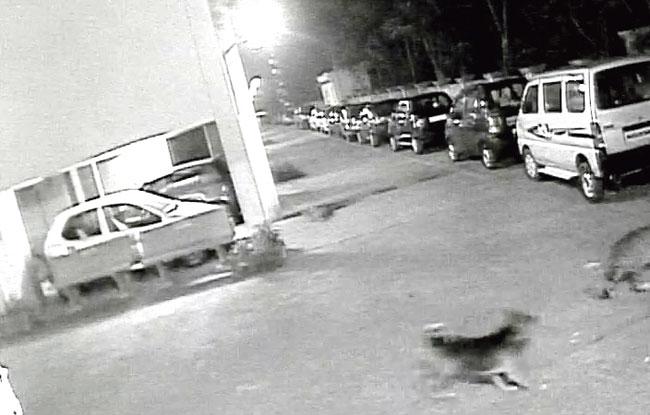 When the cat ran away: After Rocky’s bravery was captured on CCTV, locals have decided to call the dog 'Tiger'

The residents of Hill View cooperative housing society in Goregaon (East) are wowed by his valour, and feel this top dog deserves a new name, Tiger. 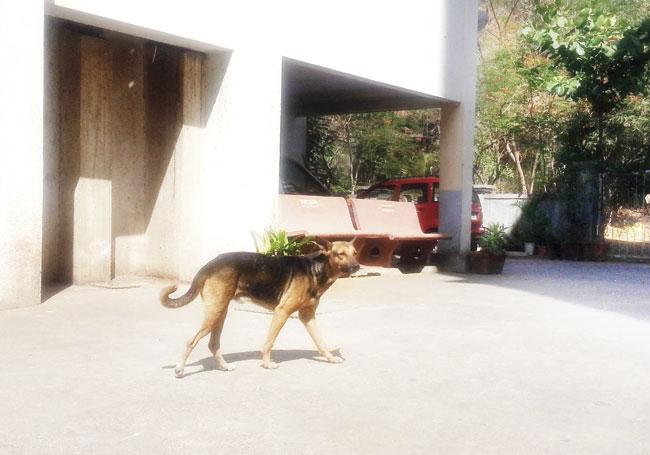 Rocky on his turf

Rajan Maykekar, a resident from the building, said, “A couple years ago, when I’d take my pet dog Juno for a round in the area, I used to see Rocky outside our building. He was a cute puppy at the time and I decided to get him inside the building to protect him from the rain. 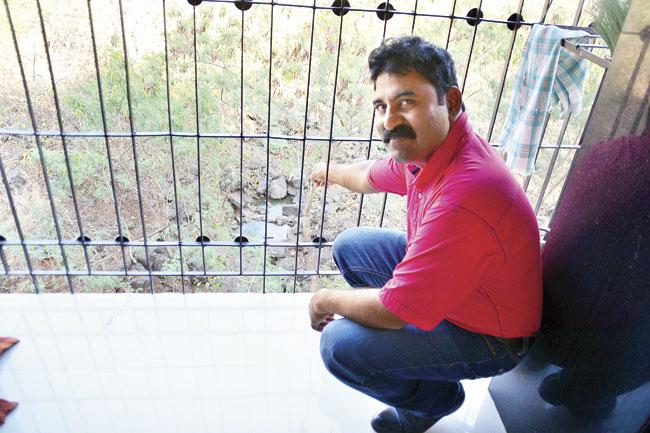 Everyone in the building started loving him because he is very loving. When the leopard entered our building, it was Rocky who chased it out, not only saving his life but that of another dog lying next to him. 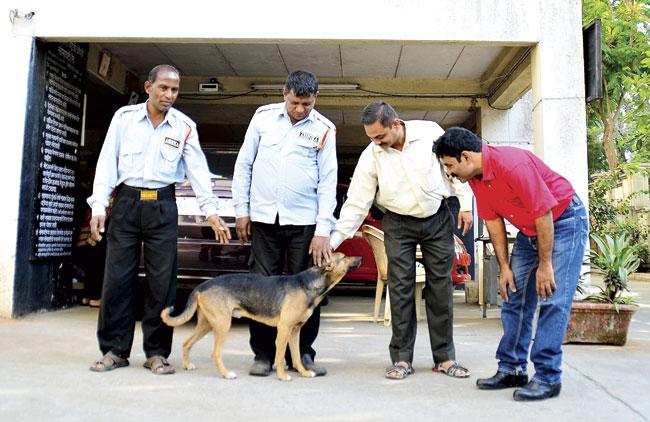 Running a leopard out of the building is a big task for a dog, and from today, we have decided to call Rocky Tiger, because only a tiger can chase away a leopard.”

Bracing up
Meanwhile, in order to keep away leopards from their cooperative housing society, the residents also plan on installing floodlights on the building premises and a wire fence on the compound wall.

The Thane forest department team has been nightly visiting the building premises for the last three days, and locals claim they, too, spotted a leopard on the second day, right outside the complex.

When MiD DAY visited the terrace of the building, we saw that right behind is a natural waterhole, a draw for wild animals from the sanctuary nearby. The building’s inhabitants are, of course, afraid of carnivores freely entering their habitat.

But there are some wildlife lovers here who think that there is no need to panic. “When we are staying so close to a national park (SGNP) it’s obvious that a leopard or some such sighting will take place. Rather than blaming the animal, people should take more precautions,” Mayekar said.

Chief Conservator of Forests (CCF) K P Singh, of Thane Forest Department, said, “Our patrolling team has started their visits in the night to the building. We will interact with the residents and tell them about the precautions that need to be taken. For the time being, I would suggest that if they see a leopard, they should immediately inform the Thane FD so our team can reach the spot.”

Leopard expert Vidya Athreya said, “The society is close to the national park and the locals need to take some precautions. The society should keep the stray dogs in a net cage at night. The leopard gets attracted to the dogs as they are easy prey, and once it realises that there are no dogs in the building, it will never enter the premises.”

Next Story : 275 left in the lurch in Mumbai as flight delayed for 43 hrs