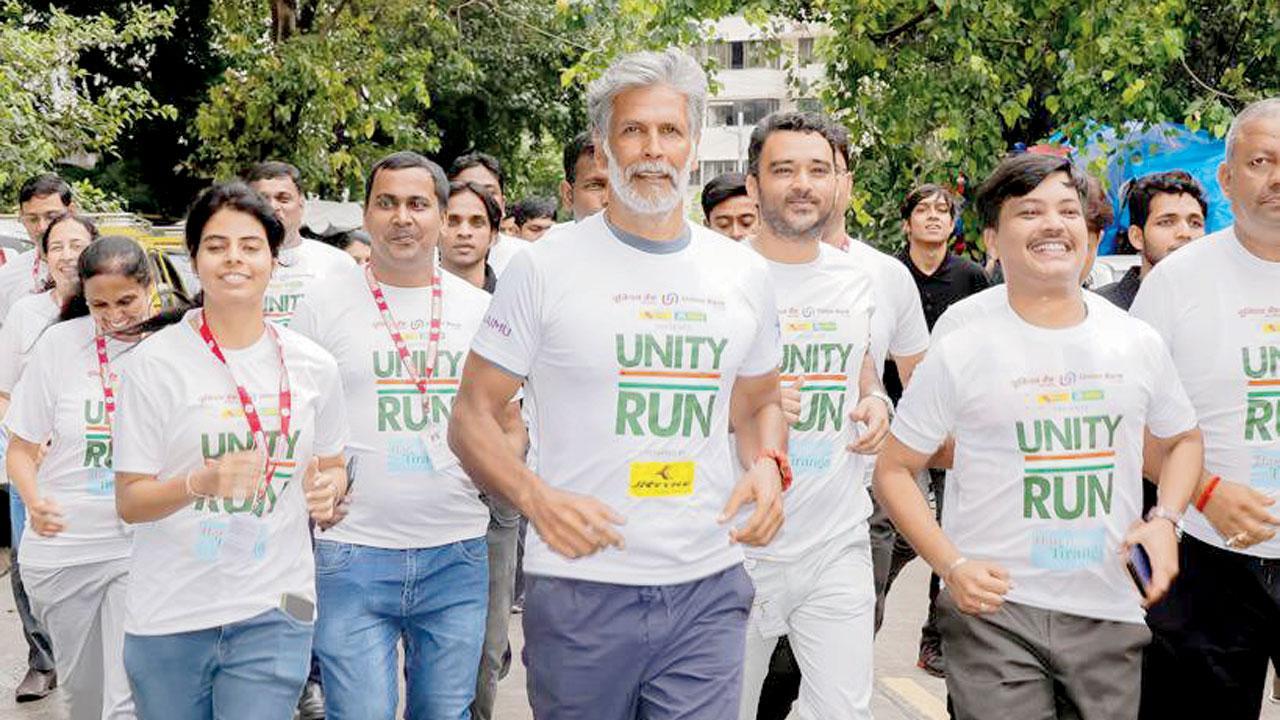 
Fitness icon, runner and Ironman Milind Soman will mark the Har Ghar Tiranga campaign in Somanesque-style. The long-distance runner, marathoner, and ultra-runner known for his barefoot running announced the second edition of the Unity Run at a virtual conference late on Monday morning.

Soman will embark on a solo run from Jhansi Fort, Uttar Pradesh on August 15 and end on August 22, at Delhi’s Red Fort. The distance he is going to run is 450 km. The Unity Run, part of Azadi ka Amrit Mahotsav, will see the Shivaji Park native cross four states—Madhya Pradesh, Uttar Pradesh, Haryana and Delhi. The start and finish point are history hotspots of course, but there are major stopovers at places of interest, like the Gwalior Fort and Taj Mahal at Agra.

The first edition of the Unity Run last year featured Soman running from Mumbai to the Statue of Unity in Kevadia, Gujarat. This year, Soman said, “I am looking at the Unity Run with double enthusiasm as India completes 75 years of Independence. The Unity Run 2022 is a tribute to the 75 years of progressive India and the glorious history of its people, culture and achievements.”

At the conference, Soman said while the message was Har Ghar Tiranga officially, his personal message was ‘har ghar svaasthya’ (health for every household). “This means it is up to every individual to do something for physical fitness. The onus is on us, let us not expect the government, hospitals or doctors to be solely responsible for our health. Do what you can, and keep fit,” said Soman.

Soman called attention to India’s rousing Commonwealth Games performance and the podium finishes at an international level as he said, “For years we heard that we just do not have the genes to compete and win at international level. At other times, we heard the climate was not conducive to hard training. Today, we are witnessing the talent and how amazing these athletes are.”

In continuation of taking the onus of your fitness theme, Soman stated, “Consider it your duty to keep yourself fit. Walking, yoga, swimming… practise anything. You do not need fancy equipment. Look at me, I run barefoot and sometimes if I have to, I may put on a pair of open sandals.” Soman lifted his leg from behind a desk to illustrate his point as his online audience laughed. Talking about the run, Soman said he will aim to notch at least 52-53 km every day for eight days on his journey.

His food for the ‘sole’ (pun intended) will be motivation. “Several people are also expected to join me for support for some parts of the run, though this is primarily solo,” said Soman. Food for the body for Soman is, “dal-khichdi with seasonal, local vegetables. I am not a fussy eater.” Soman, who belies his 56 years because of his fitness, said, “I have 40-year-olds come up to me and say they cannot run as they are old. You can start running at any age.”

In the interactive session, Soman was asked a question about Ranveer Singh’s nude photoshoot since he too had posed nude along with former model Madhu Sapre. At that time, both top models had posed with a python and it was an advertisement for a shoe brand. “There was a case and it went on for 14 years. There has been an FIR in Ranveer Singh’s case too, and that is why I ask you this question,” asked the journalist. “Is it right to file a case?”

Soman answered, “In India, there will always be some people who agree to something, and others who do not. In this country, everybody has the right to file a case, it is within the law. When there is space for debate and dissension, even if that is against me, then, that is a robust democracy and I am proud of that.”