Petitioner: Parsis indifferent when it comes to saving community institutions

Even as the Bombay High Court steps in to rein in a rampant MMRCL over the tunnelling process under sacred fire temples at Princess Street, petitioner Berjis Desai says that the community is often silent when it is its duty to speak up 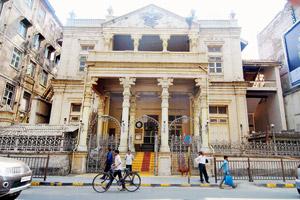 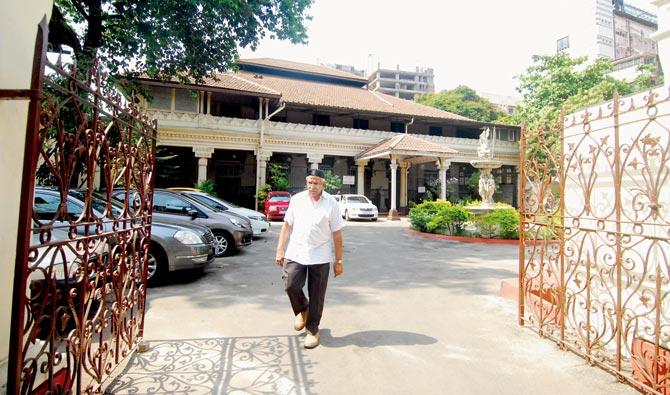 The Metro corridor will pass right under Wadiaji Atash Behram, according to the MMRC website. File Pic

The Metro authorities are not the only enemy that the Parsis are fighting; the community's apathy seems to be just as much a foe. Hours after dashing a letter off to the MMRC on Monday, demanding to see a detailed blueprint of the Metro III tunnel route, which the Parsis fear will desecrate two of their most prominent places of workshop, solicitor Berjis Desai told mid-day, "To be very blunt about it, we have been very indifferent; a huge silent majority of Parsis is very indifferent, even when it is its duty to speak."

Since it came to light last year that the underground Metro III's will pass under two of the city's most sacred fire temples - the Wadiaji and Anjuman Atash Behrams - the Parsi community has been in great distress. The fear is that the drilling will end up desecrating the holy fire that has been burning for over a century at the sanctum sanctorum. The Wadiaji Atash Behram was consecrated in 1830 and the Anjuman Atash Behram in 1897, and both are also recognised as heritage structures. 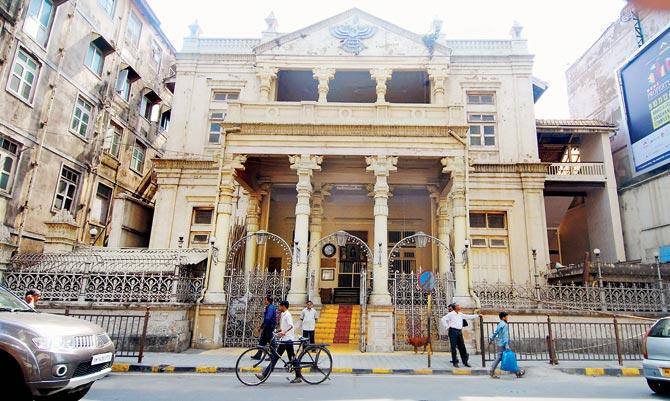 'No one cares'
But not enough has been done by Parsis to address this threat, said Berjis Desai. "When it is their duty to guard their community institutions, they prefer to remain silent and don't care one bit.

"When it comes to community housing or availing of community charities, then everybody will come out. Or, they will come out once in a while to vote for BPP Trustees. But on these kind of issues, which are of genuine public interest, when there is a sacred fire temple and heritage structure involved, no one says anything."

Desai is among a group of petitioners who moved the Bombay High Court on May 23, to seek assurance that the Metro tunnel should not go anywhere under the two Atash Behrams. The group also includes scholar priest Dr Rooyintan Peshotan Peer, structural engineer Jamshed Sukhadwalla, and two trustees of the Shah Varzaavand Trust, who are being represented by senior counsel Shyam Mehta and advocate Zerick Dastur. They questioned why the Mumbai Metro Rail Authorities (MMRC) had only consulted two out of five vada dasturjis or high priests, namely Khurshed Dastoor and Phiroze Kotwal. The remaining high priests are Kaikushroo Meherji Rana, Cyrus Dastoor, Jamasp Asa. 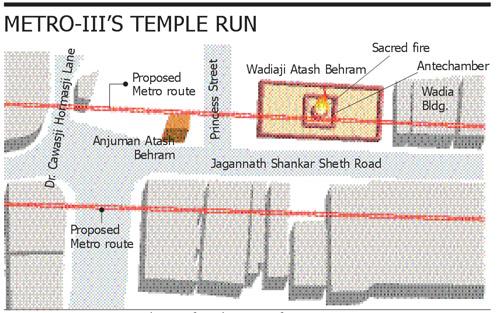 Upon hearing their plea, a division bench of the HC, comprising Justices Shahrukh J Kathawalla and Ajay Gadkari, recorded a statement from the MMRC stating that they would not drill under the agiaries till the next hearing scheduled for mid-June. The bench also directed the Metro authority to form a panel of its directors and arrange a hearing with the petitioners, the five vada dasturjis, and all the trustees of the two agiaries.

"The authorities have been directed by the court to convene this meeting; they will need to give us a 72-hour notice before the meeting," said Desai. "In order for us to participate effectively in this meeting and have a meaningful discussion, we will need to receive all pictures and documents well in advance. We don't know if they are going to give us exhaustive documentation, but we are hopeful," he added.

On Monday afternoon, the petitioners shot off a letter to the Metro authorities asking to see all relevant documents and blueprints regarding the alignment of the underground tunnel. "The letter has gone to them asking for relevant documents asked for specifically by our architect. We have requested them to furnish copies of all drawings, maps, blueprints," said Desai.

'Misleading maps'
An atash behram usually has a large congregation hall at its entrance, followed by an anteroom encasing the kebla or innermost sanctum housing the holy fire. The MMRC had, in a November 10, 2017 letter, claimed that the tunnel will not pass under the sanctum. However, according to Sukhadwalla, who has been leading the fight against the underground Metro since the very beginning, the alignment depicted on the MMRC website is misleading.

The route map on the MMRC webpage doesn't denote the position of the central tunnel, which community members fear could be drilled too close to the anteroom or sanctum. "The Metro line shown on the MMRC website is misleading," said Sukhadwalla, speaking to mid-day. "This is not the alignment of the tunnel - it is the sanctioned RL line, as mentioned in the diagram's legend. Metro authorities should have shown the alignment of the central tunnel, and not of the RL line."