Rail disruption: The real reason behind the chaos at Diva station

Chaos erupted at Diva railway station yesterday, when train commuters protested the disruption of services after overhead equipment was damaged. We have the complete coverage 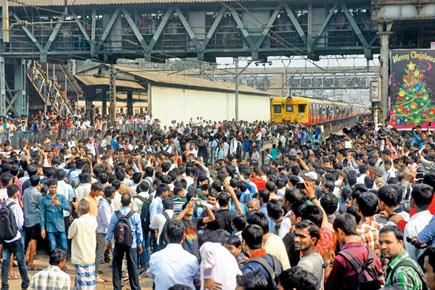 
'Mob turned violent as cops began lathicharge'
Passengers at Diva station said the lathicharge by the police in response to the protests made things take a violent turn; they asserted that the demonstrations were peaceful and people had been pacified by the local commuters’ union. (Read more) 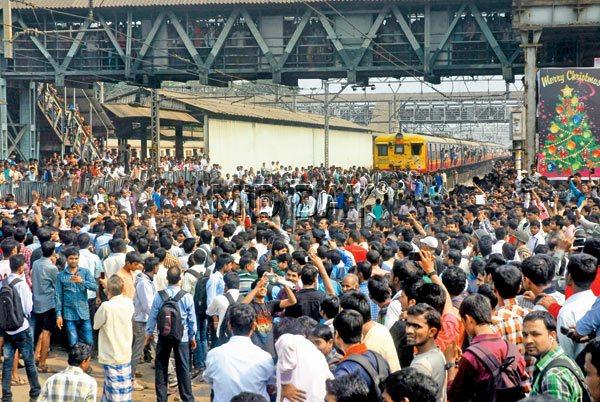 Bleeding motorman drove train away from violent mob
In pain and bleeding after being hit by a stone thrown by protestors who stopped his train at Diva, he still managed to drive it and ensured his passengers safely reached Thane. (Read more)

Why Central Railway went off the rails yesterday
Motormen have to manually switch between AC and DC currents at 17 stretches between Mulund and Kalwa stations; their failure to do so in a small time window may result in the overhead equipment getting tangled and damaged the trigger for yesterday’s rioting. (Read more)

'The issue will be solved on top priority'
Union Railway Minister Suresh Prabhu speaks exclusively to mid-day about the situation and his plans for the betterment of suburban transport. (Read more)

Were there political reasons behind the rail roko at Diva station yesterday?
Rumours were doing the rounds that there may have been political reasons behind the rail roko yesterday, especially since Prime Minister Narendra Modi, Railway Minister Suresh Prabhu, and other senior functionaries of the BJP were slated to be present in Mumbai. (Read more)