RTI activists accused of blackmail by real est. developers to be probed

CREDAI-MCHI and PRA complain to chief minister, claim some activists even abused provisions of law to extort money from them 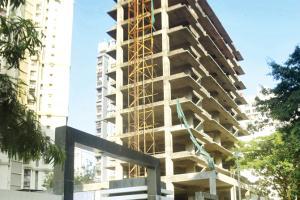 The CREDAI-MCHI letter alleges that some activists try to delay their projects for money from them. Representation pic


Has the Right to Information Act (RTI) created a monster, or more? The city police's Crime Branch has been tasked with probing a handful of RTI activists, who have been accused of blackmailing, and abusing provisions of the law, to extort huge amounts of money from real estate developers in the Mumbai Metropolitan Region. Some of these developers have committed suicide, allegedly because of the stress.

Chief Minister Devendra Fadnavis issued directives to this effect early this week, following the complaints he received from the Confederation of Real Estate Developers Associations of India and the Maharashtra Chamber of Housing Industry (CREDAI MCHI) and Property Redevelopers Association (PRA), Mumbai, last week. mid-day is in possession of the letter by CREDAI-MCHI dated January 10, 2019 and another by PRA dated January 21, 2019; and the directives that the CM has issued the Commissioner of Police and Joint Commissioner of Police (Crime), Mumbai, asking them to examine and inquire into the complaints.

The complainants, about 2,000, had asked Fadnavis to instruct the police to take complaints of extortion by builders seriously, and investigate such matters thoroughly.

Letters' say
The Credai-MCHI's letter says, "We desire to apprise you of an extremely disturbing trend that is severely affecting Mumbai's real estate sector and hurting our member developers. Posing as RTI activists, blackmailers are abusing the provisions of the law and legal machinery to extort money from developers. These handful of organised blackmailers, with even lawyers, architects and engineers on their rolls, run relentless campaigns against our member developers to delay and derail their projects with the objective of extracting huge amounts from them."

"The elements with criminal records are posturing as activists and blatantly violating the process of law to entangle the real estate fraternity in false and frivolous litigations purely with the intention of extorting monies. Even after having all the mandatory approvals and permissions, our member developers are harassed in varied ways to bring them under pressure to meet the blackmailers' demands," says PRA.

Builders stressed
The associations said the delays that the vicious campaigns cause put a huge financial burden on the affected developers. "Some developers have even been driven to suicide by the stress," said Credai-MCHI, citing suicides of a couple of developers in recent times.

Interestingly, some civic offices in the city too had tried to shame some RTI activists by barring their entry to the offices, accusing them of blackmail and extortion. When the activists approached it for justice, the Bombay High Court had questioned the Brihanmumbai Municipal Corporation on if it could enforce such a ban. The PIL is scheduled for hearing in February.

Police speak
"We are in the process of examining the complaints that were made," said Commissioner of Police Subodh Kumar Jaiswal.

'Govt too responsible'
RTI activist Anil Galgali said this stage in which fellow activists are being accused of extortion, could be avoided if the government and civic authorities (that approve building plans) are willing to make some important changes in dispensing information under RTI, and granting mandatory approvals and permissions.

"Firstly, the information should be correct and available online, so that the people don't need to ask for it. If the information is not correct or shows discrepancies, complaints are made to discipline the respective developer. And in many cases, the discrepancies, flaws and irregularities were corrected through legal means, only because the RTI activists continued to pursue the matters," said Galgali.

Galgali said the government/civic officials who provide wrong or incomplete information should be suspended or dismissed from service. "There may be bad elements who need to be probed, but not all of us are blackmailers. Transparency in matters and correct information is perhaps the only way to end bad practice, if any," he said.