Rupee slips 6 paise to 77.50 against US dollar in early trade 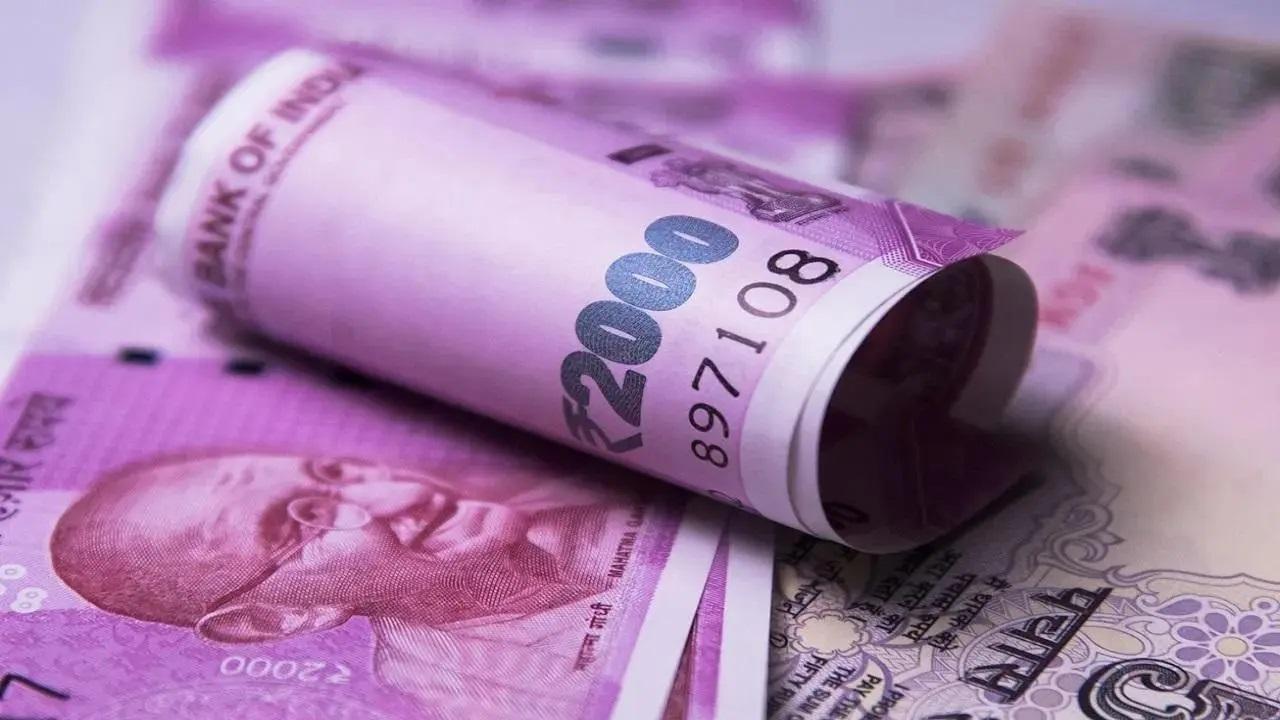 
The rupee depreciated 6 paise to 77.50 against the US dollar in the opening trade on Wednesday as a surging American currency in the overseas markets and persistent foreign fund outflows weighed on investor sentiment. Besides, rising global crude prices impacted the domestic unit, forex traders said. However, a higher opening in the domestic equity market restricted the rupee's fall, they added.

At the interbank foreign exchange, the rupee opened weak at 77.57 against the American dollar, then gained some lost ground to quote at 77.50, registering a fall of 6 paise over the last close. It was moving in a tight range of 77.57 to 77.48 in early deals. In the previous session, the rupee had settled at 77.44 against the American currency. The dollar index, which gauges the greenback's strength against a basket of six currencies, was trading 0.11 per cent higher at 103.47.

On the domestic equity market front, the 30-share Sensex was trading 155.56 points or 0.29 per cent higher at 54,474.03, while the broader NSE Nifty gained 26.50 points or 0.16 per cent to 16,285.80. Global oil benchmark Brent crude futures rose 0.38 per cent to USD 112.36 per barrel. Foreign institutional investors remained net sellers in the capital market on Tuesday as they offloaded shares worth Rs 2,192.44 crore, as per stock exchange data. Wholesale price-based inflation shot up to a record high of 15.08 per cent in April after the heatwave led to a spike in prices of perishables such as fruits and vegetables, bolstering the possibility of RBI raising the interest rate next month.

This is the 13th month of double-digit inflation and arguments of a low base no longer hold. The Reserve Bank of India turned net seller of the US currency in March after it sold USD 20.101 billion on a net basis in the spot market, according to RBI's monthly bulletin for May 2022. In the month, the central bank purchased USD 4.315 billion from the spot market and sold USD 24.416 billion, the bulletin released on Tuesday showed.

Citing the second-highest business activity index reading in 13 months in April, rating agency Icra on Tuesday forecast the economy to grow 12-13 per cent in the first quarter of the current fiscal year. However, Icra has maintained its annual GDP projection at 7.2 per cent for this fiscal year citing worries over inflation and the resultant RBI tightening.