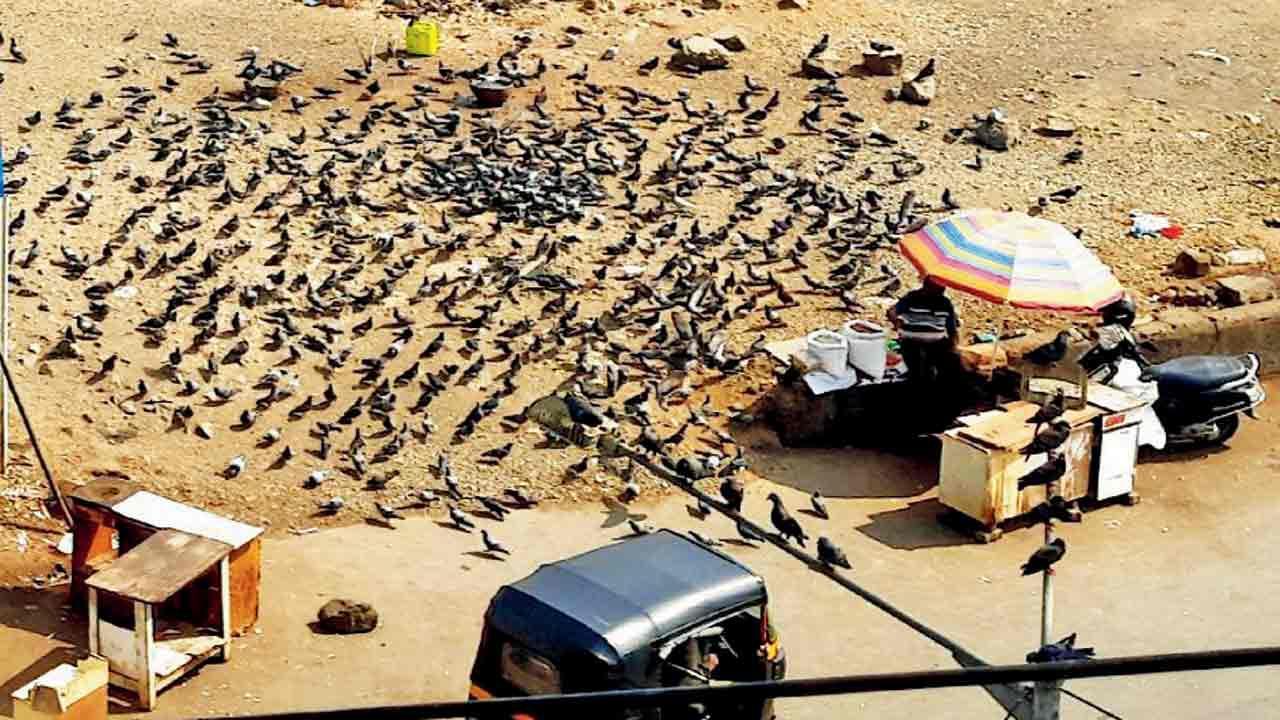 Pigeon droppings are a serious cause of concern, especially to a nearby vegetable market


An illegal kabootar khaana on Linking Road Junction, Santa Cruz West, where up to 250 kg of pigeon feed is sold and scattered daily, has become a cause of concern for the residents, who are fed up with the menace and have written to the BMC to take immediate action (mid-day has a copy of the letter). According to studies, there are over sixty diseases which are directly linked to the pathogens found in pigeon droppings. 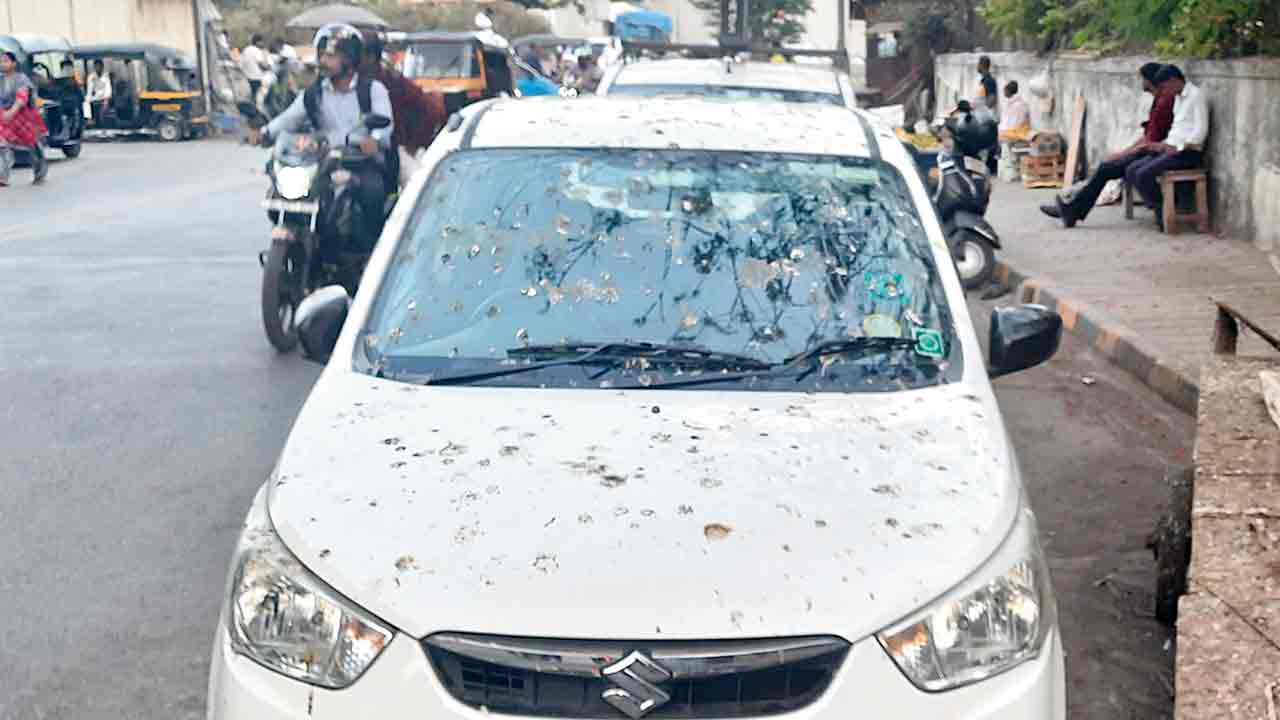 “This could be lucrative business for the vendor, who I am sure, is making huge profits, but we are the ones who are paying the price. Every morning, a man comes and sets up a makeshift shop under a beach umbrella and by 9.30 am,  sells nearly five gunny bags of 20 kg each. This goes on throughout the day. Our vehicles and buildings are covered in poop, posing a serious health hazard for all who are forced to breathe the contaminated air, which results in flu-like symptoms,” complained Puneet Singh, a businessman residing in the building overlooking the kabootar khaana.

Another resident, Kiran Lalwani, said that the situation was getting worse by the day. Furthermore, there is a vegetable market just next to the kabootar khaana, and that makes the situation more precarious. When contacted, corporator Hetal Gala confirmed that that she had received the complaint letter from the residents. “This is a very serious matter and I shall be calling for an urgent meeting with the concerned officers from H West Ward. Strict action will be taken.” Assistant Commissioner H West, Vinayak Vispute, said that the complaint letter had not reached him yet.

250 kg
of pigeon feed is sold and scattered daily