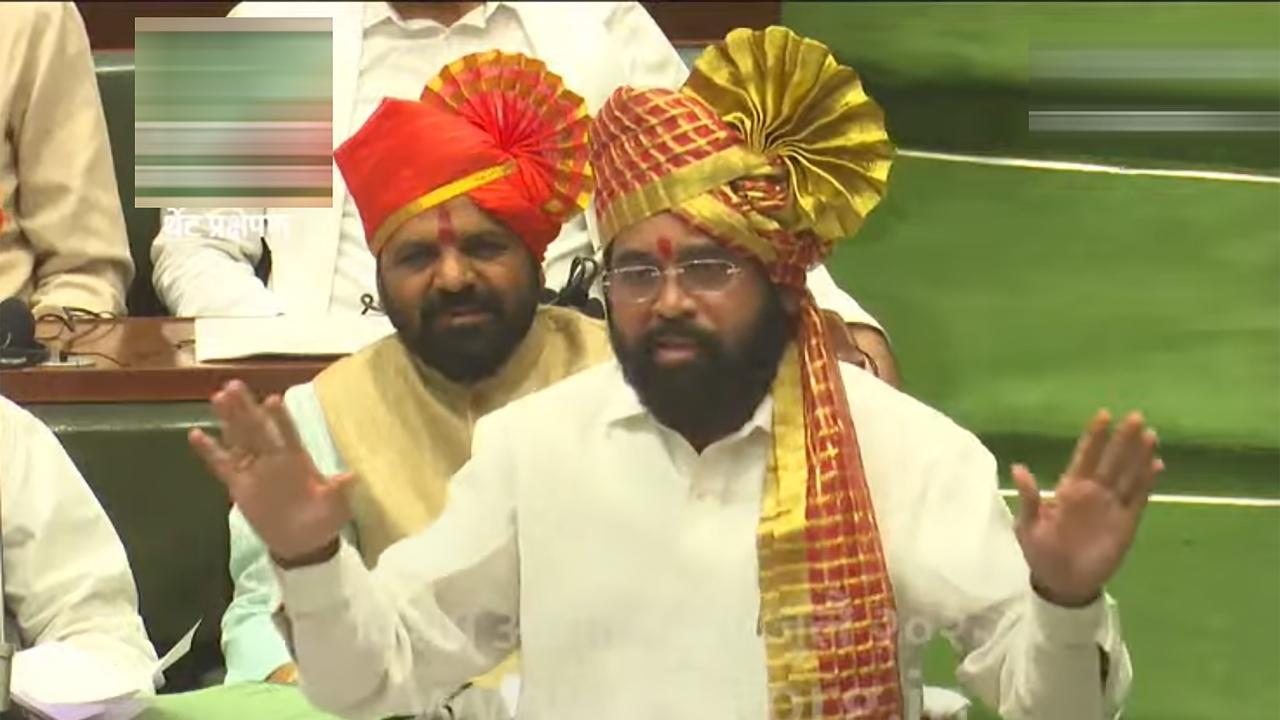 
Shiv Sena termed Eknath Shinde's victory in the Maharashtra Assembly, as "stolen majority" and said that it was "not the belief of the people" of the state.

The party also took a jibe at Deputy Chief Minister Devendra Fadnavis asking who was the person who stopped him from taking oath as a Chief Minister.

"At the time of floor test, the BJP-backed Shinde group was supported by 164 MLAs and 99 voted against it. Some MLAs of Congress, NCP were absent at the time of the majority test. It is surprising that senior ministers like Ashok Chavan and Vijay Wadettiwar could not reach the assembly. Devendra Fadnavis has thanked the invisible forces that made the majority test successful. He gave a speech on how strong, great leader Shinde is, but who is the invisible force stopping Fadnavis from taking oath as the chief minister?" Shiv Sena mouthpiece Saamna said in its editorial on Tuesday.

"This question stands before Maharashtra. BJP and Shinde faction got the vote of confidence passed in the assembly, this is a stolen majority. This is not the belief of 11 crore people of Maharashtra," it added.

The mouthpiece further said Fadnavis' remarks on his return were funny and cautioned that he "should not forget that Eknath Shinde is the Chief Minister".

"I came again and brought others along, Devendra Fadnavis made such a statement on this occasion, which is funny. The way he came, it must not have been in their dreams. He should not forget that Eknath Shinde is the Chief Minister. There is a change of power in Maharashtra, in which the love of principles, morals and ideas is also not visible," it said.

Saamna also hit out at MLA Santosh Bangar who jumped ship from the Uddhav Thackeray side to the Eknath Shinde faction ahead of the trust vote, and said, "The BJP-backed Shinde faction government has won the majority test in the assembly. MLA Santosh Bangar stood in favour of Shiv Sena till the election for the post of Speaker of the Assembly and what happened in the 24 hours that he joined the vamp of the 'loyal' Shinde faction at the time of the vote of confidence?"

The new Eknath Shinde-led government in Maharashtra won the floor test on Monday by a 164-99 margin, proving his government's majority and cementing his position as chief minister of the state and the leader of the Shiv Sena.

Shiv Sena MLA from Shetkari Kamgar Paksh of Uddhav Thackeray faction Shyamsundar Shinde also voted in favour of Maharashtra CM Eknath Shinde in the trust vote. He did not join the Shinde faction but voted in their favour.

The trust vote comes a day after BJP's Rahul Narwekar was elected the Assembly Speaker. On Sunday Narwekar reinstated Shinde as the Shiv Sena's legislative party leader and also recognised the appointment of Gogawale as the chief whip of the Shiv Sena.

A total of three members abstained from voting.

Next Story : Will decide on cabinet formation soon, but for now let us breathe: Maharashtra CM Eknath Shinde